President Trump comes to Georgia this week. On Second Thought speaks to organizers and members of the black GOP about their efforts in recruiting other black voters. Kaaryn Walker from the Black Conservatives for Truth and Leo Smith from the Minority Engagement Specialist for the GOP join the show.

The Golden Ray could be stuck in St. Simons Sound for as long as another year. The capsized ship is leaking oil that threatens the delicate marsh ecosystem, which also has a negative impact on the local economy. Get an update with Rod Sullivan, Maritime Lawyer and Expert of Vessel Salvages, Emily Jones, Georgia Public Broadcasting’s Morning Edition host in Savannah, and Doug Haymans from the Georgia Department of Natural Resources.

The Atlanta Association of Black Journalists released a documentary, Black & Reporting: The Struggle Behind The Lens. Relive how reporters covering the struggle for equality had to fight for it within their own profession. On Second Thought is joined by Walter Elder, a former reporter and Tamara Wilson, the writer, producer and director of the documentary. 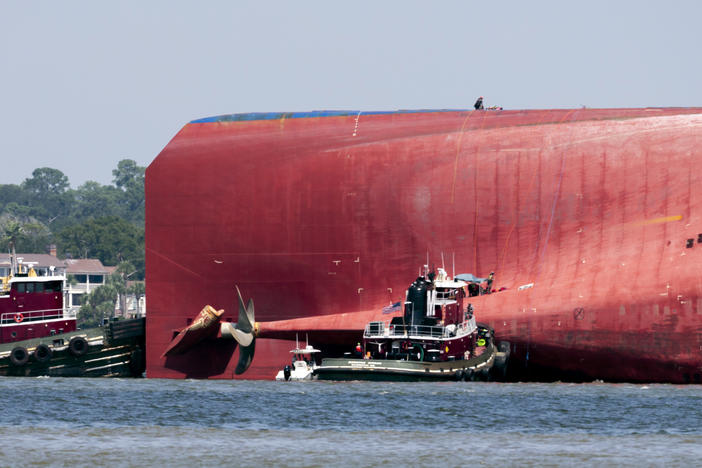 Golden Ray Could Be Stuck For Months While Some Economic, Environmental Impacts Continue

The capsized cargo ship the Golden Ray is still trapped in St. Simon Sound. The process of removing the ship is so complex it could take months or even...