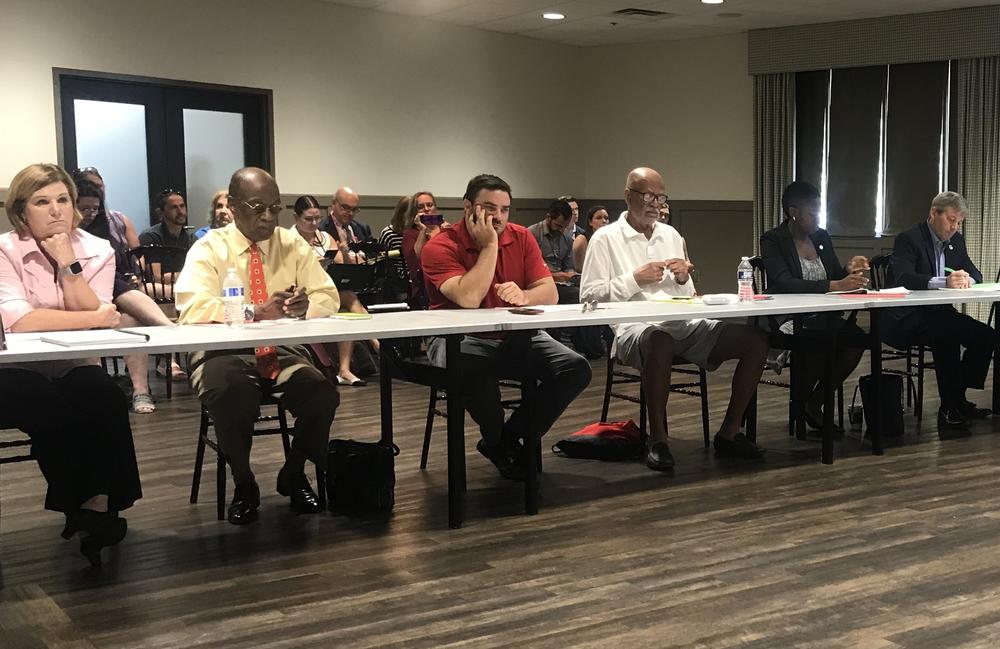 Smyrna and Cobb County officials released the first results of independent tests of air quality near the Sterigenics facility.

The third party testing, done by GHD, was done during the first week of the month, after Sterigenics shut down to install updates, like air scrubbers, to help clean emissions before they were released into the atmosphere.

Smyrna city coucilman Tim Gould said the data provide a  baseline measure for how much of the gas is typically in the air.

"I think that'll really be helpful for folks as our residents continue to get comfortable or decide if there's an issue," Gould said. "They'll have data with the plant in operation and with the plant shut down.

GHD plans to resume testing after the plant reopesn in October. Sterigenics has maintained all of its emmissions were below the legal limit, but that's according to self reported numbers.

Georgia's Environmental Protection Division has also been conducting testing and released results on its website on Monday as well.

A 2018 Environmental Protection Agency report indicated the facility there - and the BD Bard plant in Covington - had been emitting the gas for years, despite the EPA's declaring it a carcinogen in 2016.  The report also indicated the amount of the gas was high enough to produce an elevated risk of cancer in those communities.

The EPA posted that report online but never sounded the alarm to people who live near the plants. Then, a Sterigenics plant in metro Chicago came under fire for its emissions, and that prompted Brenda Goodman of WebMD to investigate the plant in Georgia. She and Andy Miller of Georgia Health News then broke the story about elevated levels of ethylene oxide in Smyrna and Covington.

Since they broke the story, residents and officials all the way to Gov. Brian Kemp have been looking into practices at both Sterigenics and BD Bard.

Smyrna, Atlanta and Cobb County teamed up to pay GHD Services for independent tests in that community, and those efforts are the source of the results out this week. Since the plant shut down for construction just as the air monitors went up, the initial results only serve as a baseline for toxins in the air while the Sterigenics plant is not operating. About 80% of samples had non-detectable levels of ethylene oxide.

Goodman and Miller updated On Second Thought about what's happening with B.D. Bard and Sterigenics.  The Atlanta Journal-Constitution’s Greg Bluestein, who’s been covering the political side of the story, joined them.

Editor's note: This story was updated on Monday, Sept. 16 at 6:33 p.m. to include information from the Air Oversight Committee meeting and GHD results.