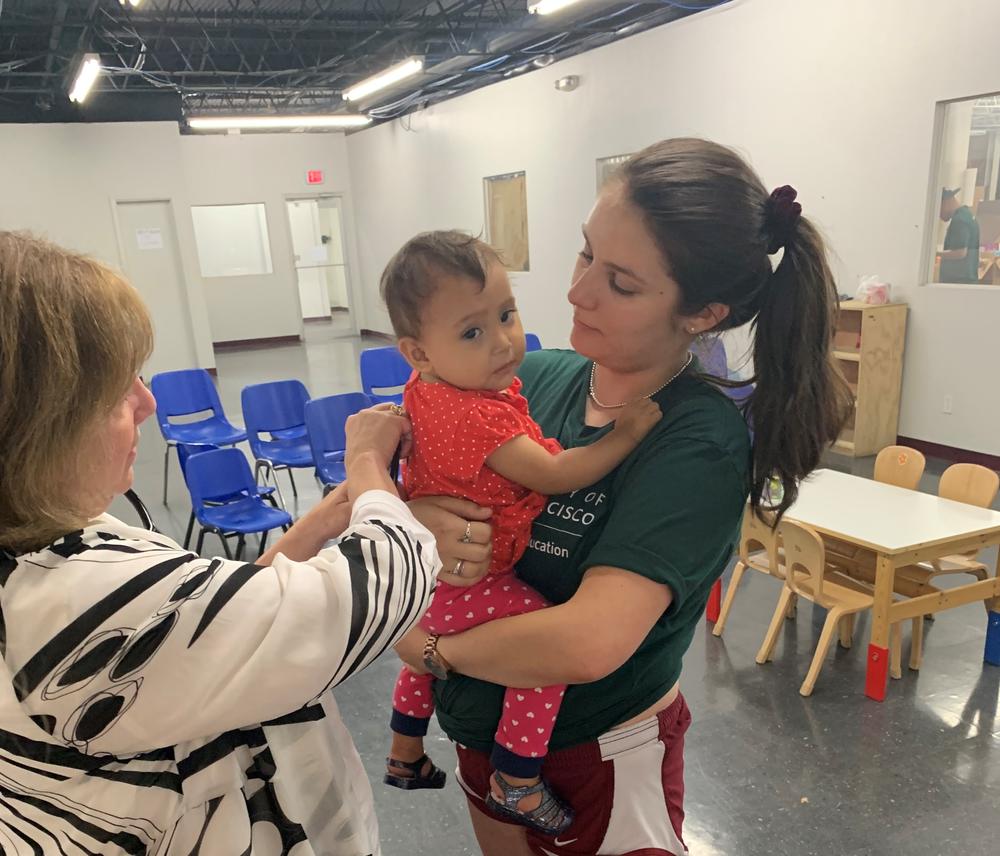 Dr. Goza listens to the lungs of a 2-year-old at Catholic Charities' Humanitarian Respite Center in McAllen, TX. After the toddler was released from CBP, she was sent to the emergency room with pneumonia and an undiagnosed congenital heart condition.

Fayetteville pediatrician Dr. Sara Goza has been elected president of the American Academy of Pediatrics.

Goza is back at her practice in Georgia after visiting the U.S.-Mexico border, and examining detention facilities where migrant children are held. She joined On Second Thought to tell us what she saw there.

On why she visited the border now

The American Academy of Pediatrics has been concerned about what's happening at our border since about 2014 and have been urging our government to do better down there. And we have been asking to tour the Customs and Border facilities for about the last three years and have had things set up and then they were most of the time canceled.

So, this is the first time we had been in in quite a few years. And this was a visit that was arranged when former commissioner McAleenan was in charge of Custom and Border Patrol with our current past president Colleen Kraft. And he had offered to have her tour the facilities. And so, it happened to be on my watch and our current president’s watch that it was arranged and that's how we ended up there at this point in time.

On her first impression of the facilities

When we first entered, we were in a little room and they offered as masks to wear because there's some flu there and we all refused.

We said, 'We're pediatricians, we're exposed to this every day.' And when they opened the door for us to go in, the first thing that hit me was the smell. And it was a smell of urine, sweat and feces all just kind of combined together.

And as we walked into the first room, which is a series of 12 cells, I heard rustling to my left and I looked over there and it was a sea of silver. It was all the mylar blankets and there were young boys in there, the unaccompanied boys, and they were silent. There was not really any talking going on. Their faces were just flat. There was really no affect to them.

And as we went into the bigger facility which had the big four quadrants of the cages, as I call them, with the guard towers - It's fencing that's just fenced out and it's a concrete floor with mats and mylar blankets in there and the immigrants, the children and the families of the adults are in there and they're divided by unaccompanied boys, unaccompanied girls, family units with the mothers and family units with the fathers.

What really hit us there was that everybody in there had almost bloodshot eyes and they were bulging, or what I used to call bug eyes. They were just wide open just from the stress of everything, like what's going to happen next? And the lights are on 24/7 for safety reasons but they get no sense of day or night; it's just 24/7 light.

And just no expressions to their faces. Just flat affect.

On drawings by children who had been held in detention

The drawings were of three 10- and 11-year-olds. We did not meet these children but the lady at the respite center had them. She had these canvases because she'd been at the respite center volunteering many times and she brought markers and canvases and asked them to draw what it was like in the Customs and Border Patrol facilities.

On how she’d characterize the children’s conditions

Being in detention or in one of these facilities - It's definitely stressful and it's very stressful on many levels.

The lights are on 24/7. They're sleeping on cold floors.

They sometimes are separated from their caregivers, the family that they came with. All of those things are things that we call adverse childhood events or experiences which contribute to what we call stress or toxic stress in children, which can change the architecture of children's brains. And so, we need to decrease that stress load on these children so that they do not have long term consequences. And we are concerned about the long-term consequences that we are causing in these children. 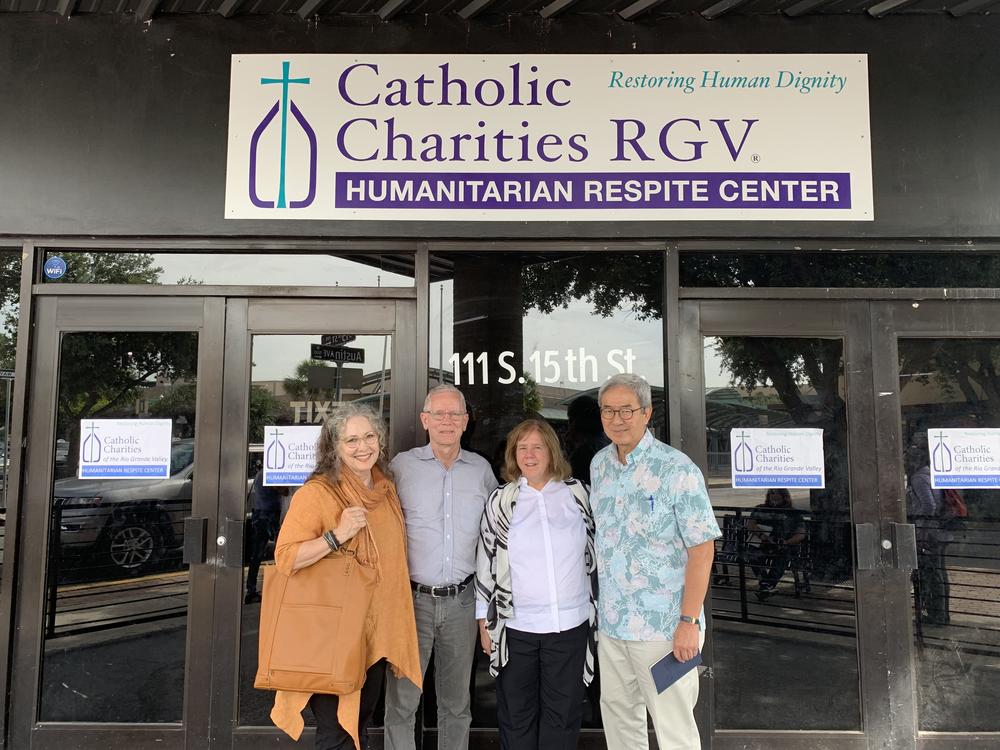