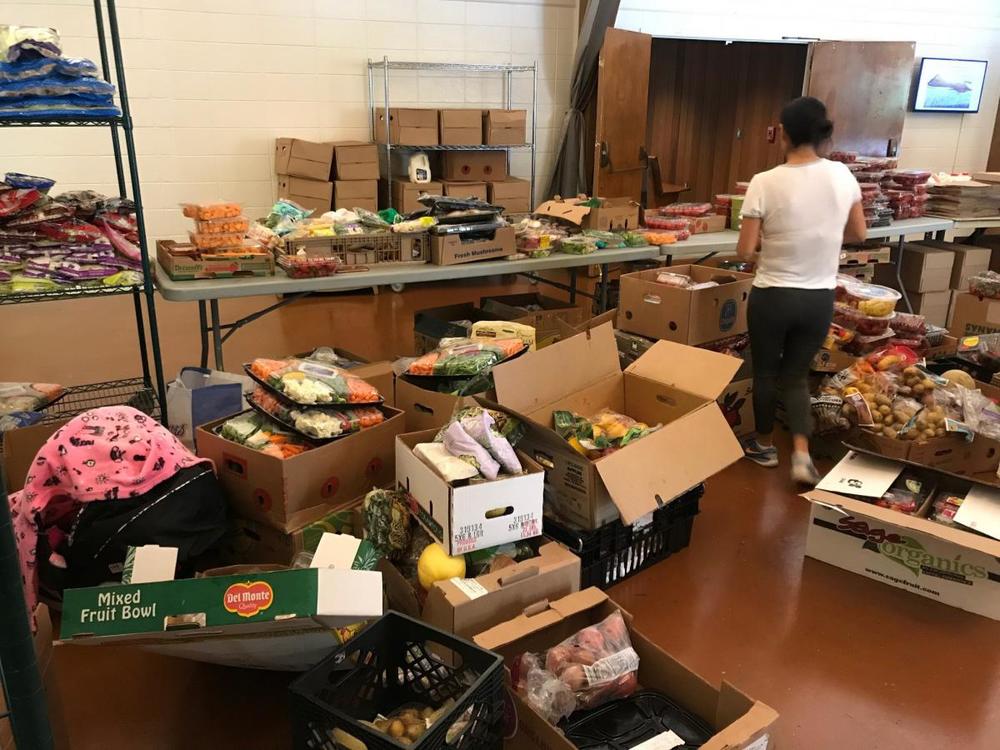 A volunteer at Malachi's Storehouse arranges produce for the 150 people who visit each Wednesday to get groceries.

This month, GPB launched its "Full Plates" series, looking at hunger in Georgia. One in six Georgians is food insecure, meaning they don't always know where their next meal will come from. Food insecurity is often linked to access — in rural communities, as well as neighborhoods in and around metro Atlanta.

More than a third of metro Atlanta is considered a food desert. Ross Terrell met one Atlanta resident who's working to overcome a lack of reliable transportation, which is one barrier for some residents to access fresh, healthy food. Terrell visited On Second Thought to discuss the problems and solutions surrounding food deserts in Georgia's largest city.