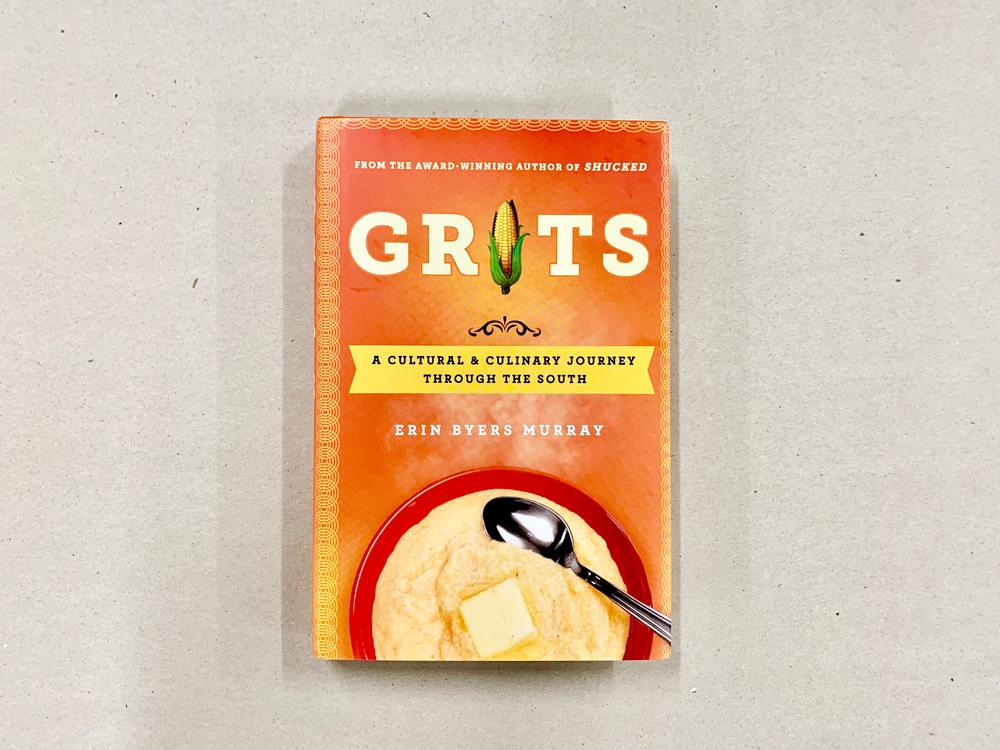 Whether you go yellow or white, sweet or savory, grits are a Southern food staple now popping up on menus all over the country.

Food writer Erin Byers Murray goes deep in Grits: A Cultural and Culinary Journey Through the South, talking with growers, millers and chefs to understand the origins and evolution of grits. Along the way, she examines how race, gender and politics simmer in the significance of grits.

Murray joined On Second Thought on the line from Nashville.

On how grits can teach us about Southern history

Anytime I'm traveling or getting to know a place that I've just moved to, I'm always fascinated by learning about that place through its food. Anytime you dig into a food story, or research a food topic or food history, you start to uncover these little stories that maybe wouldn't come up in daily life. And so, for me, the research allowed me to not just talk about food and think about where this physical product was coming from but really understand the people who had been ushering it throughout history, but also into our modern era.

Well, I think so many people associate them with the southeast of the United States. But ... you can actually trace it [grits' origin] back to the origins of corn. ... Corn starch is starting to get cultivated 9 or 10,000 years ago in central Mexico. And there's evidence of these hand tools that are like ... a rudimentary mortar and pestle grinding mechanism that people would use [to make grits].

On how slavery made grits “Southern”

I think that unfortunately, our history with slavery kind of brought it [grits] closer to this region. Grits were, like many things, kind of a fuel food and they were inexpensive. And you could grow the corn and also grind it. So, you know massive numbers of people were using that assistance in this part of the country and it sticks. It's not just food of one race, it really was the food of everybody because the enslaved communities were eating it, people in the big house were eating it ... throughout time it kind of migrates with all classes and all races. But I think because so many people were eating that as sustenance in this part of the country it kind of got its sticking point here in the southeast.

Well, now we're seeing, you know, [grits are] really showing up on so many fine dining menus. [Grits are] being sort of vaulted into fine dining by chefs, and many of them are male. Traditionally, you know, it was women who were the ones cooking this dish and bringing it, you know, along for history. They were probably the ones growing the corn, and then they were also the ones grinding it, and then cooking it. But, you know, probably around the ‘80s, grits became a popular dish. And it has since kind of ... been brought into other hands. That's not to say that we can't go back and honor and celebrate the women who brought it this far.

They're trying to revive these historic grains that almost disappeared ... because they had been bred out or they...had been replaced by GMO crops. And so, you know, these corns and these varieties which they're trying to plant and grow and use … it is a nod back to the past. Before industrialization and before modern milling became such a big industry, they [cooks] were growing corn in their garden and they were taking it to the mill.

On what Murray was surprised to learn about grits

My big learning was ... not only how deep the history goes but also that [grits have] become such a universal dish. I mean you can find a version of grits ... in cultures all over the planet.

Shrimp and grits--always. A Creole version.