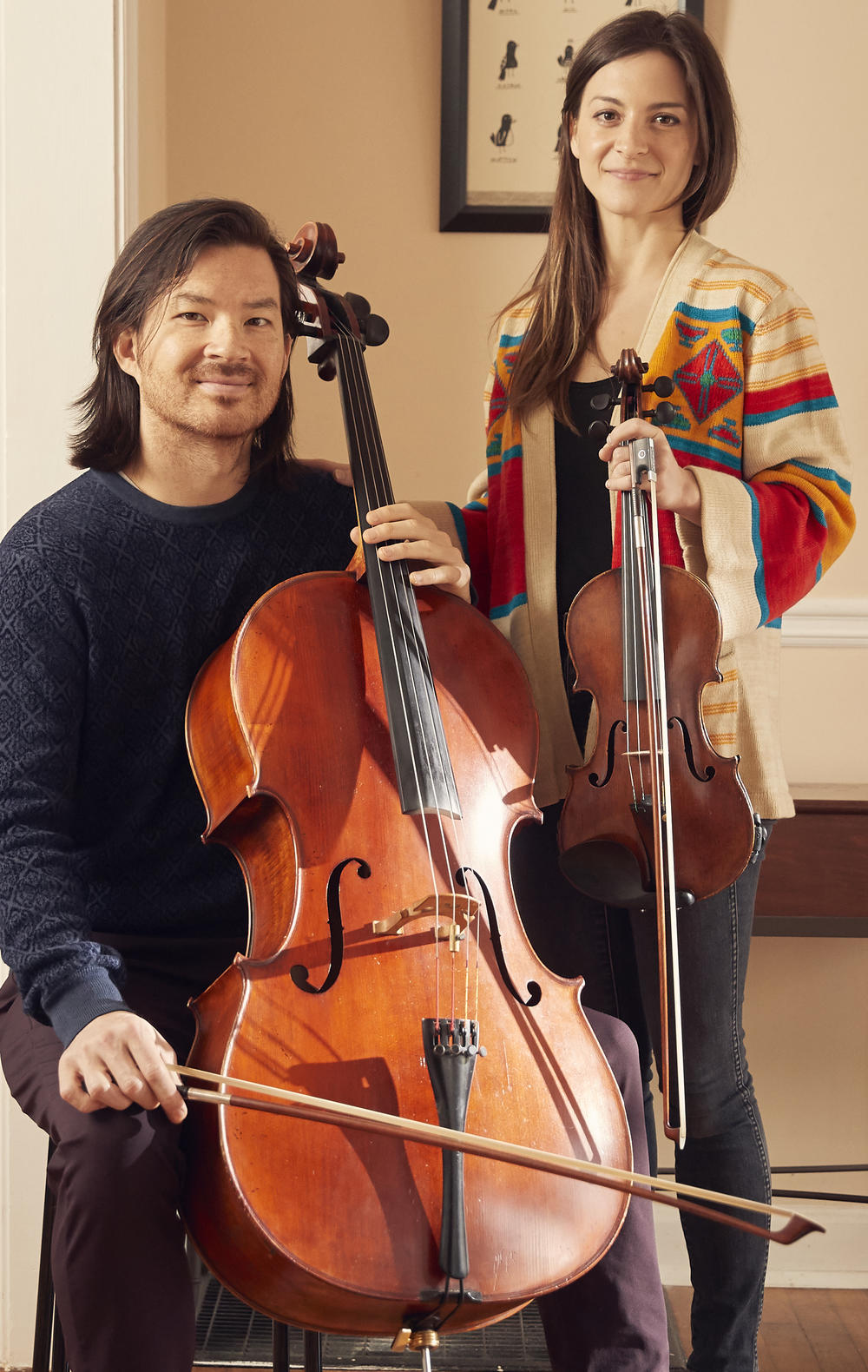 Caption
TakÃ©nobu's new album "Conclusion" will be released on May 24.

Even if you can't put your finger on it, Takénobu's music might sound familiar to you. That's because the "cinematic folk" from the classically trained Atlanta locals is frequently used on NPR shows and in video or film, including the new documentary 42 Grams.

Takénobu takes its name from cellist Nick Ogawa, who performs with his violinist (and fiancée) Kathryn Koch. The two have a new album called "Conclusion" coming out on May 24, and an upcoming tour with Kishi Bashi. But before they gear up for a big 2019, they joined On Second Thought to share their story.