Women in Georgia are more likely to die from pregnancy-related and associated complications than in Uzbekistan. The state allocated $2 million to help reduce that number in this year's health budget.

On Second Thought spoke with Wanda Irving, whose daughter, Shalon, died after giving birth in metro Atlanta, and Breanna Lipscomb, U.S. maternal health campaign manager for The Center For Reproductive Rights, about efforts to improve maternal health outcomes in Georgia and across the nation.

From waiting rooms across the country to the floor of the U.S. Capitol, healthcare is one of the biggest issues for American voters.

One of the main challenges in Georgia is access to doctors and pharmacies alike, especially in rural parts of the state. And then there's cost of care. According to the Commonwealth Fund, a quarter of Americans report not filling prescriptions they cannot afford.

Some individuals, organizations and policy makers aim to improve healthcare equity, access and affordability. On Second Thought aims to explore some innovative solutions, starting with a nonprofit that distributes surplus prescription drugs to low-income people.

Kiah Williams and Adam Kircher are two of the co-founders of SIRUM, which also operates the Georgia-based Good Pill Pharmacy. They joined On Second Thought to talk about their work.

Dacre Stoker tells On Second Thought "Dracula" derives from old folk tales and superstitions. For decades, Stoker has been piecing together clues about what moved his great grand-uncle, Bram Stoker to write Dracula.

While few have actually read Bram Stoker's 1987 novel, Dracula, they know a lot about him. That's thanks to actors Bela Lugosi, Christopher Lee and Frank Langella. The seminal gothic novel has never been out of print and continues to inspire others. Notably the best-selling Interview With A Vampire books by Annie Rice, The Twilight saga, HBO's True Blood series, fan fiction, comic books and muppets.

We spoke with Dacre in Savannah - a city crawling with as many ghost tours as ghost stories. The author was there to promote Dracul, which is the first-ever prequel authorized by the Stoker estate. 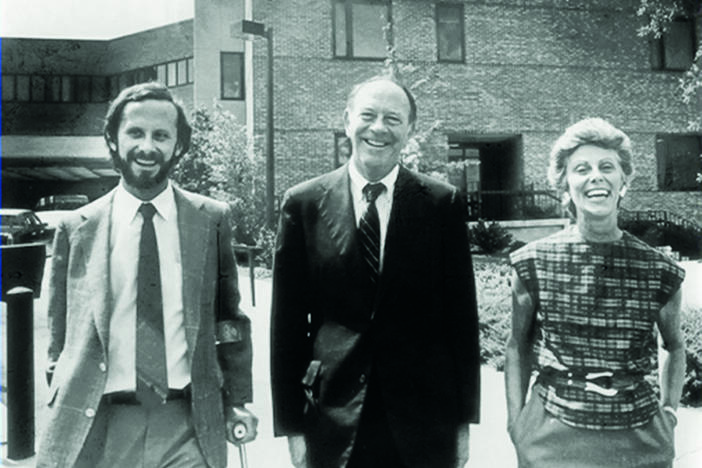 How A Near-Fatal Injury Inspired One Atlanta Family To Start Shepherd Center, Give Care To Thousands

In 1973, Atlanta native James Shepherd Jr. graduated from the University of Georgia. He then backpacked through Europe and Africa before heading to Rio...