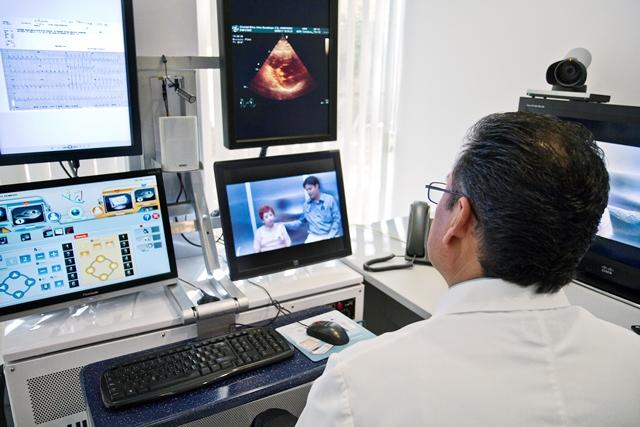 The Patients First Act allows Gov. Brian Kemp to request a Medicaid waiver from the federal government. That could mean changes for health care in Georgia.

The Patients First Act is now Georgia law. It allows Gov. Brian Kemp’s office to request a Medicaid waiver from the federal government. Both proponents and opponents of the move are making it clear a waiver isn’t the same as full Medicaid expansion, which is what then-President Obama envisioned for states when crafting the Affordable Care Act.

Democrats say a waiver doesn’t go far enough while some conservatives say even a partial expansion is too costly.

Georgia Health News editor and CEO Andy Miller spoke with On Second Thought host Virginia Prescott about what passage of the Patients First Act means for the future of health care in Georgia.

Georgia Health News editor and CEO Andy Miller stopped by On Second Thought to explain what the Patients First Act means for the future of health care in the state.  He also talked about the outbreak of three measles cases in metro Atlanta and gave a recap of flu season.

On what the Patients First Act allows the government to do

It's basically a two-part waiver request and the first part has to do with Medicaid, as you mentioned. What it will do is allow the governor to come up with a plan along with a consultant to restructure the Medicaid program here in Georgia and almost certainly add people to the actual program itself. So, we'll see an increase in all likelihood of people who get Medicaid. As you mentioned it will not cover as many people as a full Medicaid expansion, which is obviously what the Democrats wanted. There's a second part of this bill that has to do with another waiver that would attempt to change the rules for the state's insurance exchange which covers more than 400,000 Georgians.

On Medicaid in Georgia

The Medicaid program currently covers about 2 million people in Georgia. Most of those are kids, well over 1 million. But it also covers seniors in nursing homes like 75 % of seniors and nursing homes are covered by Medicaid. It also covers people with disabilities. It covers pregnant women's childbirth services as well. So, it's a very important program for different segments of our population.

On pre-existing conditions and the healthcare exchange

If they do a so-called reinsurance program under the exchange that will lower premiums probably, which is obviously a good thing for everybody. What that would do is compensate insurance companies who have a lot of high cost patients. And other states have done that and it's worked really well, but they could get into areas of essential health benefits and make changes there. We just don't know what it would look like.

On what Medicaid waivers could cost the state

We don't have an estimate. I can say that in terms of Medicaid expansion 36 states have done it including Republican-led states, and their feeling has been that, "Look we're going to take this extra federal money and do this. And if the federal money gets erased or eliminated then we'll go back to what we had before." So Republican governors like John Kasich in Ohio and Republican governors of Michigan and Arizona and even Mike Pence in Indiana decided to go ahead because they saw more benefits than risks in doing expansion.

There was a recent fiscal analysis of what Medicaid expansion would cost in our state and on an annual basis it was anywhere from like $160 million a year and up. And then it went up to perhaps $230 million dollars a year over time. What the cost is, is if you have a high level of uninsured, which Georgia has — we're like third or fourth highest level of percentage of people without health insurance. What that means is that's going to end up being a sicker population. It's going to mean that they're going to use the hospital emergency room more for care rather than primary care doctors which is much more expensive and the taxpayers actually foot that bill.

On measles outbreak in Georgia in January

There have been three cases here. They were reported back in January. We don't know much about the circumstances. We knew it was one family in metro Atlanta. We believe that these the three patients were not vaccinated with the standard MMR vaccine that most kids get at a young age.

On anti-vax movement and Washington's state of emergency

(A refusal to vaccinate children is) obviously coming from parents and I think that there's been a fear for for years now that these vaccines cause autism. Now, the research says that's not the case. But there are pockets of parents who still believe that. And they believe that there's a link between this MMR and other vaccines and the onset of autism in children. Study after study has shown that the answer to (whether preservatives in vaccines cause autism) is no.

I've talked to some adults who believe that it's the case, but the research (from) the CDC has said definitely not. And, you know, there are people who are afraid of the flu vaccine for kind of similar reasons. And basically we just have to trust the science and the scientists, the real people that deal with these diseases, and you're much better off for your kid or yourself in the case of a flu shot is to get vaccinated.

On this year's flu season

Typically, the flu season lasts from October into May. And we've seen a big difference between this season and last season in terms of deaths associated with the flu and hospitalizations. I want to say it's been a much milder season in terms of the impact on health. 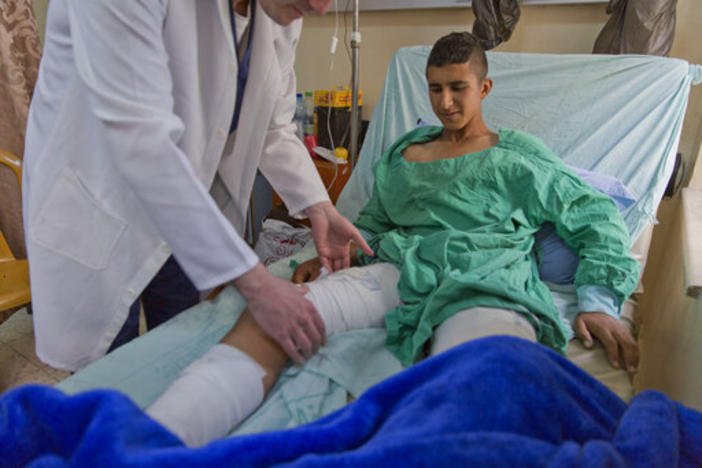 It's Not Your Imagination. Healthcare Prices Are Higher In Georgia.

Healthcare costs make up almost a fifth of spending in the U.S. economy, and they’re the number one cause of personal bankruptcies. It’s well known that...