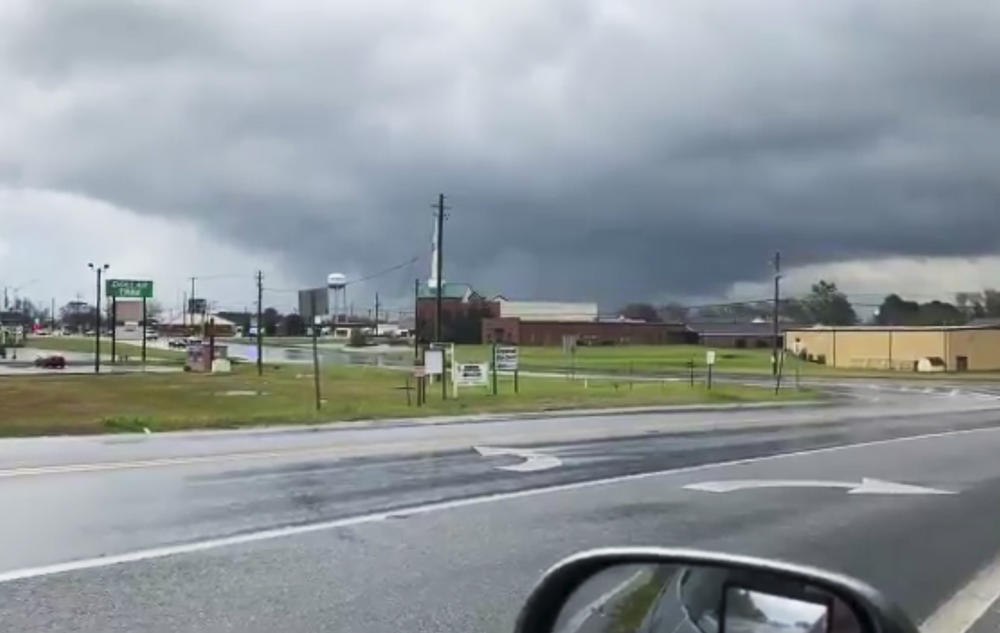 The National Weather Service on Sunday issued a series of tornado warnings stretching from Phenix City, Alabama, near the Georgia state line to Macon, Georgia, about 100 miles to the east. / Greg Martin/Associated Press

A tornado whipped through Southeast Alabama Sunday evening along the Georgia border, causing injuries and property damage through both states. Gov. Brian Kemp declared a state of emergency in Grady, Harris and Talbot counties on Monday due to storm damage. The Lee County sheriff said 23 people have died thus far in the Alabama county where the tornado touched down.

GPB's Grant Blankenship joined "On Second Thought" to discuss his reporting on the storm's impact in Georgia. He said affected areas in Georgia are some of the same ones still recovering from Hurricane Michael. 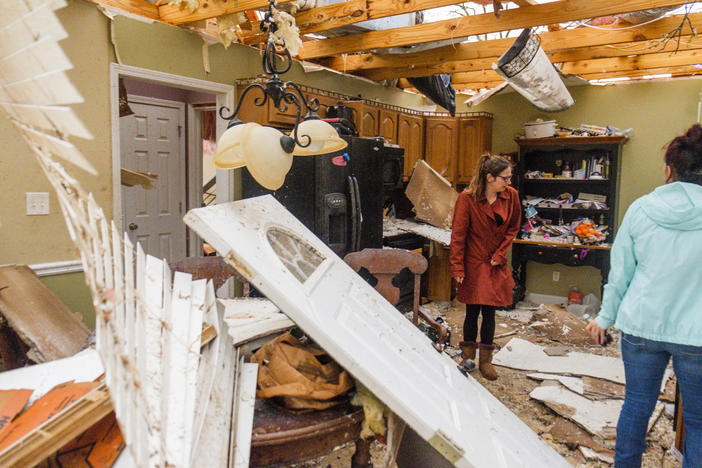 Originally published Sunday, March 3 at 8:47 p.m. This story has been updated. A sheriff confirmed at least 23 people were killed Sunday by a possible...