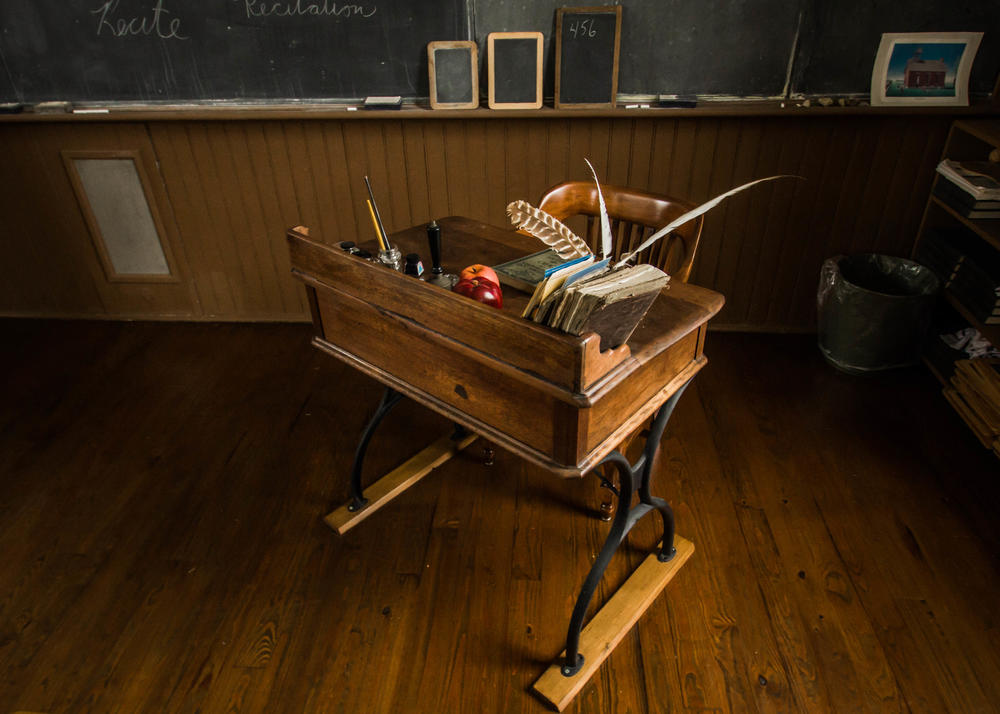 State law does require parents who homeschool their children to have a high school diploma or GED; teach math, English, science, social studies and reading; subject students to standardized testing every three years.

State lawmakers are hoping to bring changes to homeschool reporting in Georgia. This, after two children were found dead and buried behind their family's home in Effingham County.

The body of 14-year old Mary Crocker was discovered in December 2018. Her brother, Elwyn Crocker Jr., had been 14 when he had died two years prior. Both children were pulled out of public school to be homeschooled.

The Crocker case prompted some state legislators in the area to research issues of homeschooling and abuse.

Georgia Rep. Bill Hitchens is one of those lawmakers. Hitchens is a Republican representing Rincon, just north of Savannah. He joined "On Second Thought" to talk about the case.

Samantha Field is a policy advocate and board member for The Coalition For Responsible Home Education. Field joined the conversation from NPR headquarters in Washington, D.C.

On what prompted authorities to first visit the Crocker home

Rep. Bill Hitchens: I think it was an anonymous phone call first; a tipster called in and related that they felt there was a problem there and I think as they look back on that there had been a problem there for some time and then when they went out there and started interviewing the occupants of the trailer some of the information started to come forward.

On reactions from Effingham County

Hitchens: I think everybody in Effingham County is pretty much distraught by what occurred. You know, this is a fairly well-off county and we have one of the better school systems in the state. We are just adjacent to Savannah. Many of the people here work at Gulfstream Aerospace supports and have a pretty good income and they just can't imagine that it happened here.

On the Coalition For Responsible Home Education

Samantha Field: Because we're all home school alumni, we looked around and realized that there were lots of organizations that advocate on behalf of parents and guardians who want to home educate their children. But there were no organizations that advocated on behalf of homeschooled students themselves. So, we were founded to advocate for the homeschooled students to raise awareness for needed reforms that could help protect home schooled students and to offer resources to those who want to make sure that their home schooling experiences are as successful as possible, and to offer policy guidance to legislators family services etc.

On the current home schooling requirements

Field: In Georgia, there is a requirement that (parents) notify the state Department of Education that they intend to homeschool their children. And they're supposed to complete so many days of school for like 4.5 hours every day. But, unfortunately, there's no means of monitoring that to making sure that education is happening — that the children are progressing in an appropriately developmentally appropriate way — and to make sure that situations like the Crocker case don't happen. Those protections don't exist in Georgia.

On recommendations for lawmakers

Hitchens: Home schooling, I think, is a basic constitutional right. And what we don't want to do is to become emotional about this and produce a law that is going to constrain those people who do things the right way. I've been in law enforcement for my whole life and a typical trigger we use in our local community is probable cause. You have to have probable cause to believe that some violation of the law has occurred before there can be any action. We get a lot of kickback on that because things happen in the community where people say, 'Why didn't you do something about that.' Well if you don't know or there's not any evidence, you can't do anything about it.

Working with the Division of Children and Family Services, we identified a sort of trigger in truancy. When mandatory reporters see abuse or neglect they report it and DFACS gets involved. Oftentimes, shortly thereafter children are withdrawn and home schooled, and they become invisible to just about everybody. And that was the case with both of these children.

On regulating those who may be exploiting the system

Field: One of the things we're finding in the research that we do, and just kind of keeping track as much as possible of goes on in home education environments, is that there is a pattern across the country of parents and guardians having an encounter with the [Division] of Family and Children Services. And, at that point, realize that their abuse has been spotted and then they look to things like Georgia's home study program and say, 'I can exploit this. This is a low loophole that exists for me. I don't want any more encounters with children services so I'm going to withdraw my children from school and isolate them.'

We see this happening all across the country. For example, the Office of the Child Advocate in Connecticut put together a report looking at school districts across the entire state and found that in 36 % of the time children are being withdrawn from traditional school to be home educated, there were reports of abuse. Ninety percent of the time those abuse reports were founded reports of abuse or a history of multiple reports of abuse. So, if somebody who has an encounter with Georgia's DFACS ... at that point, if they try to withdraw their children from school in order to isolate them, in order to exploit the home school statue that exists in Georgia that we could empower the Department of Education, the local school board, DFACS, to say, 'Hey, let's work with you on this case.' Maybe homeschooling is the best option for you and your child in this situation, but let's make sure before we just let you go without any kind of moral monitoring or oversight or accountability.

On tracking potential cases of abuse in Georgia

Field: Most of the time, it's only what's reported in the news. If a case is egregious enough or shocking enough, there will be reporting on it in the news. And anytime that news sources discover that the home education statute was a part of how the abuse was covered up or concealed, we keep track of that. But, very often we're not able to confirm that right when the abuse happens.

We have cases where we'll hear about a report and we might suspect that exploitation of a home education statute was involved, but it could take a year or more until we're able to confirm that. Sometimes, we do use court cases to try to keep track of it, but our database is admittedly minimal. Even so, we have over a dozen cases that occurred in Georgia alone since 2002 and, looking at all of our cases broadly, what we're finding is that home school children and public school children are very often experiencing abuse and neglect at similar rates.

But the lethality is much worse because isolation is such an important risk factor for abuse and neglect and because things like starving your children to death can happen more easily if they are being home schooled. Of course, home schooling doesn't usually happen in these situations; they're just exploiting the statute. So, those things think those things can be worsened and home schooling can make abuse more lethal for children just because there's no oversight.