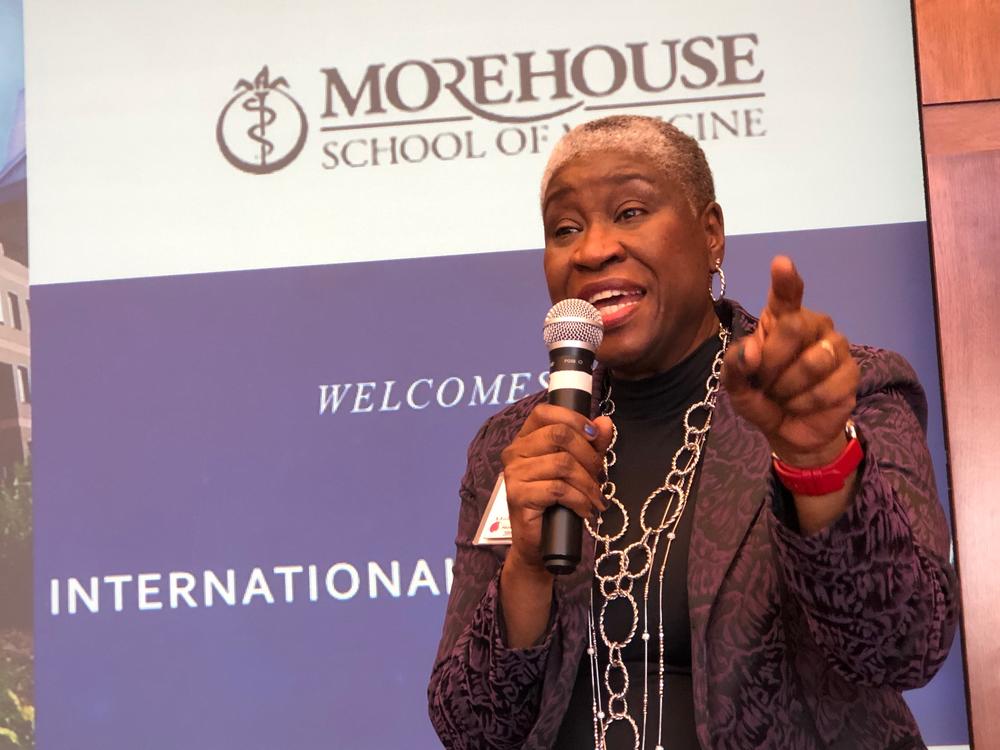 The Georgia House on Monday passed a bill that would help protect women’s health when it comes to early detection of breast cancer.

“What is mindboggling to me was out of the cities that (Komen) looked at, Atlanta is No. 1 with respect to mortality of African American women who were diagnosed with breast cancer.”

“The more dense the breast tissue is, the more difficult it's going to be to detect a small tumor early just using standard mammography,” Brown said. “And that's why there's a push to use digital mammography.”

But Stone said the bill is just a step in the right direction and not as far as advocates need to go. That’s because of access to health care.

“Now the back to back that (bill) up, though, we have to make sure that every woman in metro Atlanta can then access the additional screenings that they might need that might not otherwise be covered by their insurance policy,” Stone said.

Grady Memorial Hospital offers 3-D digital mammography, regardless of a woman’s ability to pay, which Stone said is key to her work with Susan G. Komen.

“There are several mobile mammography units because we know that transportation is a barrier,” Stone said. “Because if you can't get to Grady to get your screening — even if someone's going to pay for it — that's not very helpful.”

Janice McKenzie-Crayton is a breast cancer survivor who says if Susan G. Komen is going to reduce by 2016 breast cancer deaths by 50 percent, the message must be carried to the African American churches and business leaders.

Doctors often are not the ones who inform women about whether they have dense breast tissue, and 95 percent of women do not know whether their tissue is considered dense.

McKenzie-Crayton said women need to not only be aware but also empowered.

After her team of doctors made no progress “doing things the same way and expecting a different outcome,” she said she wanted new doctors and a new approach, but not all women feel comfortable standing up for themselves.

“And my sweet mom, she said, ‘But you’ll hurt your doctors’ feelings’ and I said, ‘What does that have to do with anything? They’ll be fine.”

McKenzie-Crayton said at that point in her breast cancer journey she asked herself what would become of women who didn’t advocate for themselves.

“If you feel so powerless in your day to day … if you, like my mom, you know you don't want to hurt anybody's feelings … what happens?”

That’s why she said she wants the women of the IWF to spread the word and help Komen reach its goal of reducing breast cancer deaths by half in 2026. 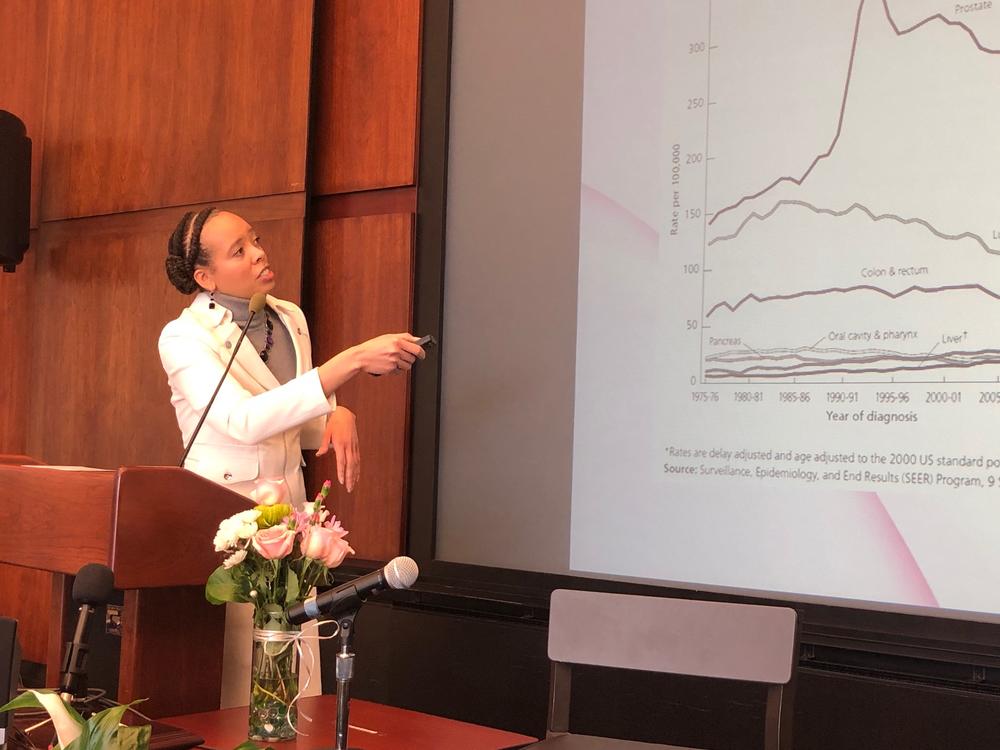 Dr. Erika T. Brown shows a racial disparity exists in Atlanta among women with breast cancer. African American women are more likely than white women to be diagnosed at a later stage of cancer. 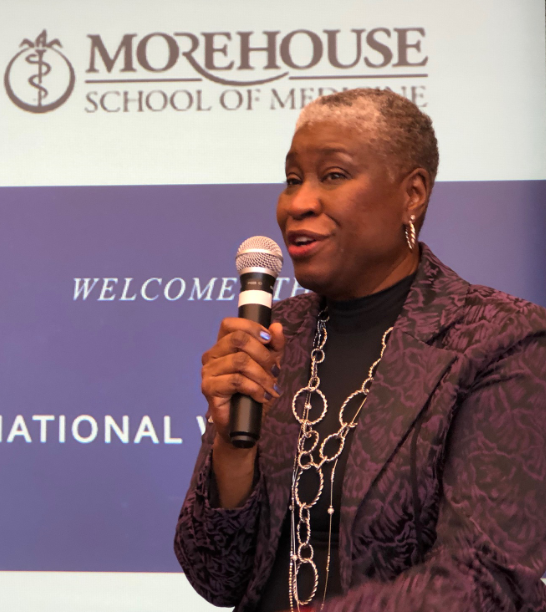 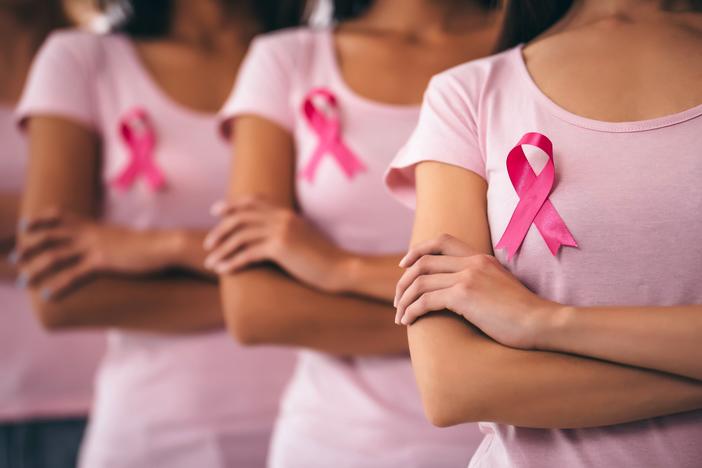 Breast cancer is the second leading cause of cancer deaths among Georgia women. The good news is more than half of deaths linked to the disease were...