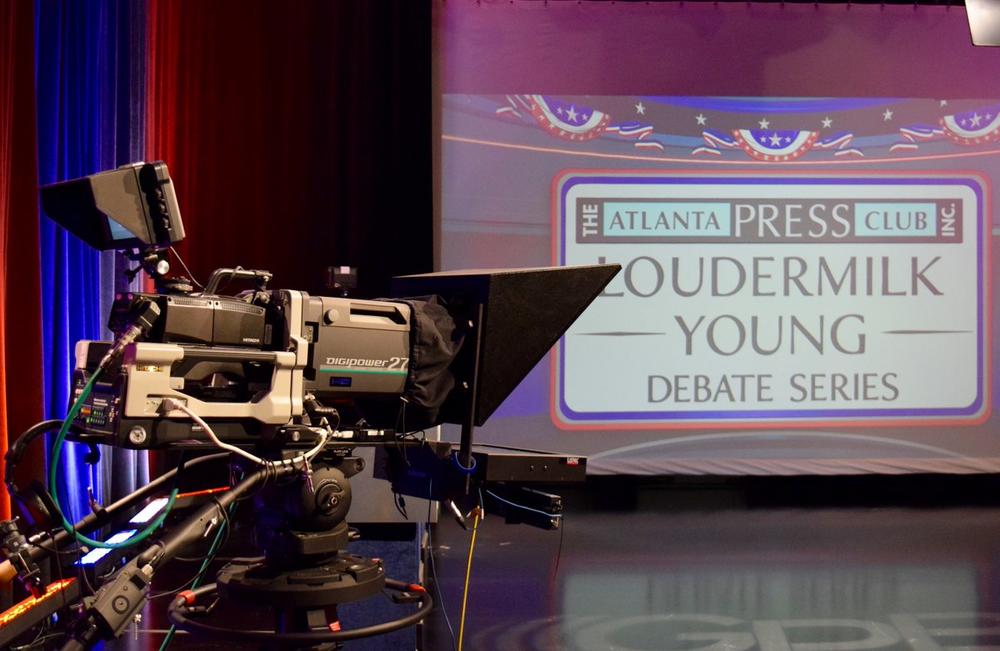 Less than a week before the Republican gubernatorial primary, one topic reigned supreme in the Atlanta Press Club Loudermilk-Young debate: immigration, and how to stop unauthorized people from entering the country.

State senator Michael Williams has made waves after driving a "Deportation Bus" through immigrant-heavy communities across Georgia. He faced numerous questions about the controversial bus, his immigration plans and if his "grenade launcher" personality was really who he was.

Secretary of State Brian Kemp has also faced scrutiny for a campaign ad in which he calls himself the "politically incorrect" candidate who will "round up criminal illegals" in his big truck.

In his response, he mentions a "track and deport" system that he says will cut down on drug and gang activity and what he calls "public safety reform."

It wasn't just immigration. Kemp was also asked about the impact of Governor Nathan Deal's signature on two bills that could create a new city of Eagles Landing by taking existing land and resources from Stockbridge.

Here's a question about Stockbridge/Eagles Landing and how it may impact bond ratings for @BrianKempGA #gapol pic.twitter.com/LyHpAh3XOf— stephen fowler (@stphnfwlr) May 18, 2018

Former state senator Hunter Hill faced a substantial amount of attacks from his fellow candidates, facing numerous questions about his gun rights stances after he says he misspoke about wanting to raise the age to purchase a gun.

Hill said illegal immigration is "undermining the fabric of our country" and as Governor, he would cut back on spending for entitlement programs that he says in turn contribute to more unlawful immigrants.

Speaking of spending, Hill responded to a question by the Atlanta Journal-Constitution's Greg Bluestein about cutting the state income tax.

Lieutenant Governor Casey Cagle also addressed an earlier spat with Delta over the National Rifle Association at the end of this year's legislative session, saying that Delta is "part of the family" in Georgia, and is "no worse off than the were any other time" by not receiving a tax break.

The full question from @bluestein asking @CaseyCagle about Delta and businesses coming to GA. #gapol pic.twitter.com/opuIdAdDMQ— stephen fowler (@stphnfwlr) May 17, 2018

When it came to the overall focus of the debate, businessman Clay Tippins said it best:

"Everyone on this stage is going to stand firm against illegal immigration. We stand to secure our borders. We define sanctuary cities would send the National Guard support President Trump's agenda at the border."

But there were also some surprises. In one round, candidates were allowed to question each other, and  Tippins was shut down for not asking a question of anyone.

Here's that clip with @ClayTippins asking his question for the "people of Georgia" instead of one of the other #gapol candidates: pic.twitter.com/9pozeABuiJ— stephen fowler (@stphnfwlr) May 17, 2018

And immediately following that, Kemp asked Tippins about Cagle's income. Here's the transcript:

KEMP: As you know I've been in the private sector for 30 years, started a lot of businesses, started my first business with a pickup truck and a shovel, and I know you've been in the private sector as well providing for your family. And I just wanted to know, you know, outside the Lieutenant Governor Cagle's government paycheck, how do you think he makes the rest of his living?

TIPPINS: Usually I've got good answers to questions. I really couldn't tell you the answer that to be honest with you.

We will have some answers soon enough - primary election day is Tuesday, May 22. 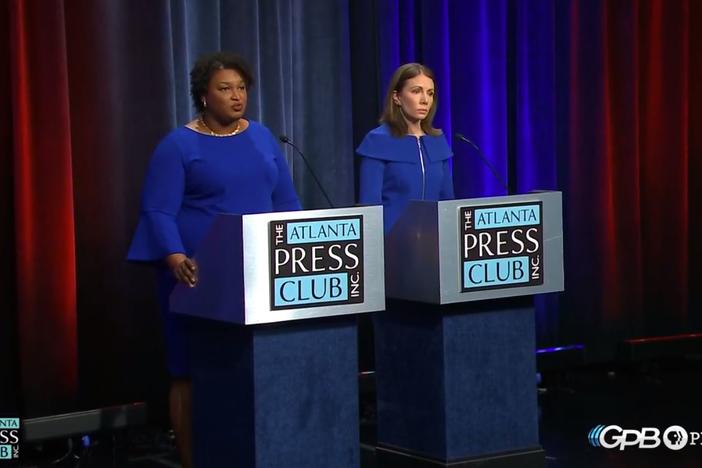