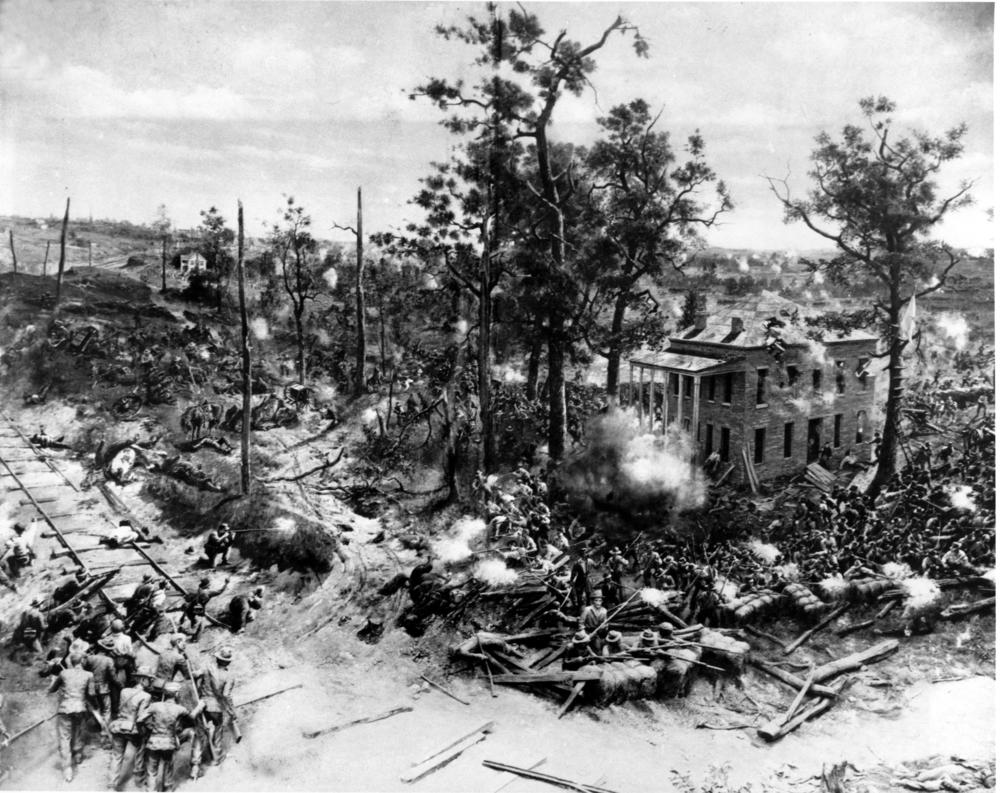 A close-up of a section of a cyclorama depicting the Battle of Atlanta from the American Civil War is seen in this undated photograph.

On Jan. 16, 1861, the Georgia Secession Convention opened in Milledgeville. A few days later, state leaders voted to secede from the Union.

The Civil War calls to mind the epic clash between Union and Confederate soldiers, but skirmishes also took place off the battlefield. The war for food, timber, shelter and control was waged largely on civilians. Historian and Atlanta native Joan Cashin joined "On Second Thought" to discuss her new book, "War Stuff: The Struggle for Human and Environmental Resources in the American Civil War."

Cashin studied dozens of archives, newspapers, military records and personal letters to get a picture of life in the South before and after secession. She describes stories of white rural Southerners whose resources were taken by soldiers throughout the war.