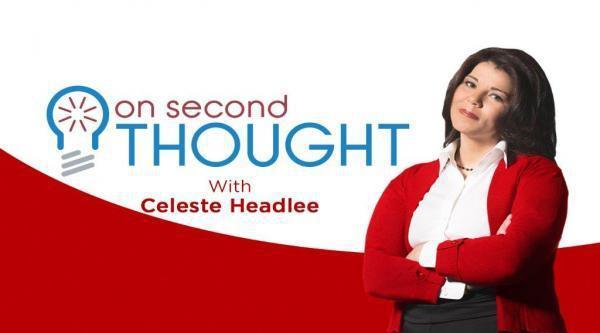 All hour, we looked back at some of the best conversations by Celeste Headlee, who recently stepped down as host of ‘On Second Thought."On Second Thought For Friday, March 2, 2018

We started off the show with our chat with Henry Winkler, best known as “The Fonz” on TV’s Happy Days. Winkler came to Georgia last summer for the Decatur Book Festival. He’s the co-creator of a popular children’s book series that centers on Hank Zipzer, a young boy with learning difficulties.

Southern food has a history as rich as its taste. Whether it's red beans and rice, cornbread and potlikker, fried chicken, fatback or biscuits -- the history of this region’s fare stretches from slave plantations, to the Montgomery Bus Boycott to our own award winning chefs today. We looked back at on that history with John T. Edge of the Southern Foodways Alliance and soul food scholar Adrian Miller.

The watermelon was once a symbol of pride for freed slaves, but it's since taken on all kinds of racial meanings. We discussed the fruit's history as a racist stereotype with Pat Turner, author of "Ceramic Uncles and Celluloid Mammies: Black Images and Their Influence."

We re-visited our conversation with Jon Avnet, the director of the 1991 film, Fried Green Tomatoes. It was filmed in Juliette, Georgia. At the time of this interview, the Atlanta Film Festival was preparing to show the movie to mark its 25th anniversary.