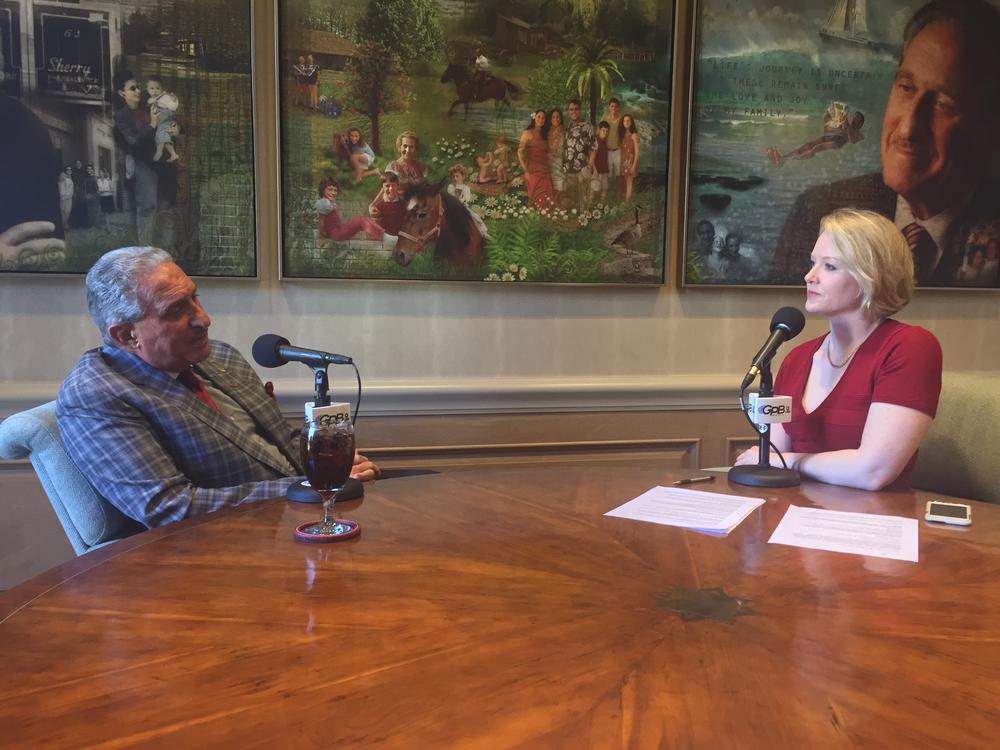 This week’s implosion of the Georgia Dome rounds out what has been a historic year for Atlanta sports.

2017 will go down as the year when the Falcons logged the most embarrassing loss in Super Bowl history; the Falcons and the Atlanta Braves opened new stadiums; and Atlantans embraced the city’s first Major League Soccer club.

The man behind almost all of this is Arthur Blank.

Senior Anchor/Correspondent Rickey Bevington sat down with the owner of the Falcons, Atlanta United and Mercedes-Benz Stadium at his family office in Atlanta.

ARTHUR BLANK: I tell people - even if you don't watch the game just come for the experience of it. It’s so incredible with the fans and their response. They're on their feet for 90 minutes and other than halftime they don't sit down. Last night they were chanting and the chants are all organic. We don't produce any of them. It comes out of their love of the sport and their spirit and their creativeness.

Atlanta United broke multiple MLS attendance records this year, topping out at nearly 72,000 fans at a single game in October and more than 800,000 over the course of the season.

The fan craze for the “Five Stripes” and the team’s new home at Mercedes-Benz Stadium were factors in Atlanta being awarded the 2018 Major League Soccer All-Star Game.

Beyond sports, you could say the Home Depot co-founder has transitioned from improving homes to improving Atlanta.

In the shadow of Mercedes-Benz Stadium on downtown Atlanta’s Westside lies two of the poorest and most drug-ridden communities in the Southeastern United States: Vine City and English Avenue.

Westside Works says it has placed 450 Westside residents in living wage jobs. 160 of them helped to build Mercedes-Benz Stadium.

RICKEY BEVINGTON: Can you tell me a story about a person you've met who has made a big impact on you and helped you see into the lives of people who are living next to the stadium?

BLANK: We had a gentleman who had run a tattoo parlor. Because of the nature of the work he was doing, he was often doing it at night. He had three children at home. As a single father of three children, he wouldn't be there at nighttime, he wouldn't be able to help the kids with their homework, he wouldn't be able to be there to put them to bed at night. So he joined Westside Works and started to work on Mercedes-Benz Stadium. He was one of the 160 full time Westside residents we hired to work on stadium construction. I've seen him on a periodic basis. He says, “I'm now a father. You know, a real father, being there for my children. I spend time with them. I help them get up in the morning and get them off to school while I get off to work.” There have been so many stories like that.

As personal as Arthur Blank’s impact is on some Atlantans, he remains influential nationally.

In the days after President Donald Trump said NFL players who kneel during the national anthem should be thrown “off the field,” Blank locked arms with Atlanta Falcons players and coaches during the pre-game singing of the anthem.

BEVINGTON: Let me just ask you. Should taking the knee during the national anthem be about patriotism or about instances of unarmed blacks being shot by the police?

BLANK: It's very clear that the players have no interest whatsoever in being disrespectful to the flag or the anthem. I think that what they're trying to do is get some attention on what they view as some of the social injustice issues we’re dealing with. Dealing with facts relating to racism, dealing with facts relating to criminal injustice, bail procedures, police accountability. They have close relationships with policemen and policewomen. I think police accountability, like life accountability, is important. They also understand the country. And this is my view -- that the flag is a fabric. I think the flag stands for certain things. It stands for our Constitution. It stands for our civil rights. It stands for all of our Amendments that go with the Constitution et cetera. So you talk to military people, and I have, and they tell you … you know, why did you fight? We fought for the best of America and that's what we were fighting for. And that has to do with our values and being able to deliver those values.

Politics aren’t the only threat to professional football. NFL data documented 244 concussions in the 2016 season.

Atlanta Falcons running back Devonta Freeman is out of play with his second concussion of the season.

Former football players are increasingly being found to have CTE, or chronic traumatic encephalopathy. It’s a degenerative disease thought to be caused by repeated brain injuries.

BEVINGTON: Given what we're learning about brain injury with football, what is the future of the sport? Will there be an NFL in two generations?

BLANK: The answer is yes, I think. Players are self-reporting much more. It used to be if a player got dinged and he's a little foggy your job was to say, “I didn't get dinged. I'm fine. Go play.” That’s what the tough guys did. But I think in the NFL a lot of that culture is changing. I think there's progress being made. You're not playing chess or checkers. Whenever I would say before that it was a violent sport, Commissioner Tagliabue, before Commissioner Goodell, would say, “We don't use those words.” And I'd say, “Paul, I mean, it is kind of a violent sport.” He said, “Don't use those words. Use some other words.” I said, “I can't think of another word right now.” I mean it's a physical contact sport. These men are bigger, stronger, faster and so you're going to have a certain amount of injuries. But you want to keep it to a minimum.

Blank adds that he thinks science will be used not only to better understand the brain but also to improve ways to keep players safe.

When he looks at his legacy, Blank says he plans to leave 95 percent of his wealth to his family foundation, which does work in areas such as children’s health, education and land conservation.

At the end of the conversation, Bevington had the opportunity to ask Arthur Blank whether he likes his new nickname.

He thinks it's cute. 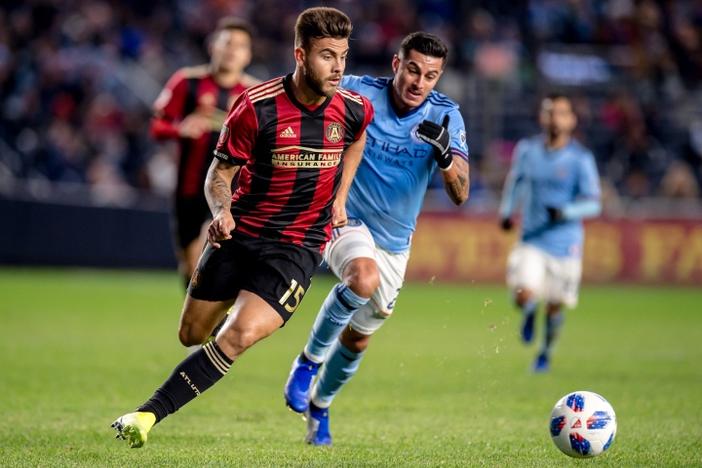 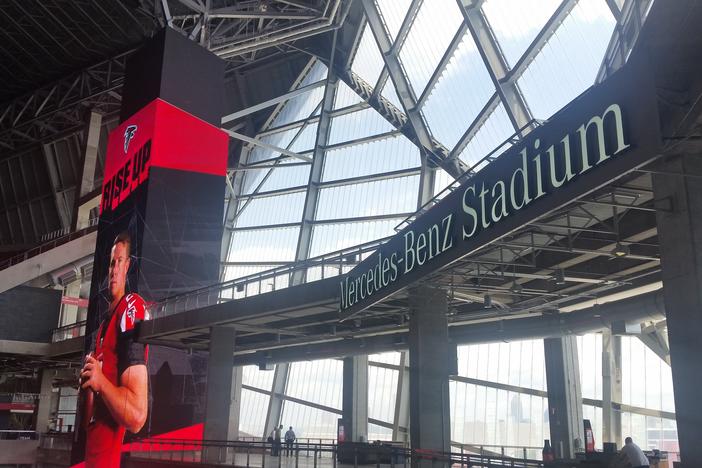 After three years of work, Atlanta’s Mercedes-Benz Stadium is finally nearing completion. The $1.6 billion facility will serve as the permanent home for...