Hernando de Soto and his men, already rich from fighting with the Incas in South America, arrived in La Florida searching for gold. Jerald Milanich, an archaeologist at the University of Florida, explains the conquistadors’ success.

Hernando de Soto and his men, already rich from fighting with the Incas in South America, arrived in La Florida searching for gold. Jerald Milanich, an archaeologist at the University of Florida, explains the conquistadors’ success.

Describe the characteristics of American Indians living in Georgia at the time of European contact; to include culture, food, weapons/tools, and shelter.

Explain reasons for European exploration and settlement of North America, with emphasis on the interests of the Spanish and British in the Southeastern area.

Evaluate the impact of Spanish contact on American Indians, including the explorations of Hernando DeSoto and the establishment of Spanish missions along the barrier islands.

1. How could DeSoto’s few men make war against thousands of Native Americans?

2. How do we know so much about DeSoto and his explorations?

3. What did the people mentioned in #2 tell about the Native Americans they encountered in the 16th century?

1. You are one of the chroniclers for DeSoto’s exploration into the New World. Write a four or five day journal in 1540 telling where you went, what you did, who you fought (if you did), when you got there, the names of the tribes, the names of the chiefs, how you were treated, what you ate, and as many other details as possible. You may draw or find pictures of the Indian tribes DeSoto met along the way. Write your observations giving your own opinions about these activities and the people you are meeting.

Conquistador: the name given to a 16th century Spanish soldier who, in search of gold and new lands for Spain, conquered Indian civilizations in the southern part of North America, Mexico, Central America, or Peru

chronicle: a detailed narrative or report, usually in chronological order, that does not contain editorial comment

salvage: rescue (a wrecked or disabled ship or its cargo) from loss at sea

2. How do we know so much about DeSoto and his explorations?
DeSoto paid three soldiers, known as chroniclers, to write down the details of his explorations in order to be able to brag about and claim the lands he discovered in the New World. Maps and other writings were also included.

3. What did the people mentioned in #2 tell about the Native Americans they encountered in the 16th century?
They told about where the different tribes and nations were located, their names and the names of their chieftains, their culture and even what they looked like. Maps and pictures of the dress of the natives helped us to know what life was like before the Spaniards came. (This helps us to identify relics long buried in the soil which are discovered through archaeological digs and some as a result of construction of homes and businesses.)

4. In this story, identify examples of things that are sources for archaeologists and others that are sources for historians.
Archaeologists would find things of gold (very little), iron swords and armor belonging to De Soto’s expedition. The bones of soldiers and Indians along with the horses and dogs used by De Soto’s men might also be found. They also might find evidence of small villages in the places noted by the journals written by the chroniclers of his expedition. The most information would be that for historians. The journals contained a lot of information about the names and places of the Indian tribes where De Soto and his men traveled. There might possibly be notations about the terrain upon which they traveled in those 16th century days. This is probably the most valuable of all the information of the De Soto expedition. 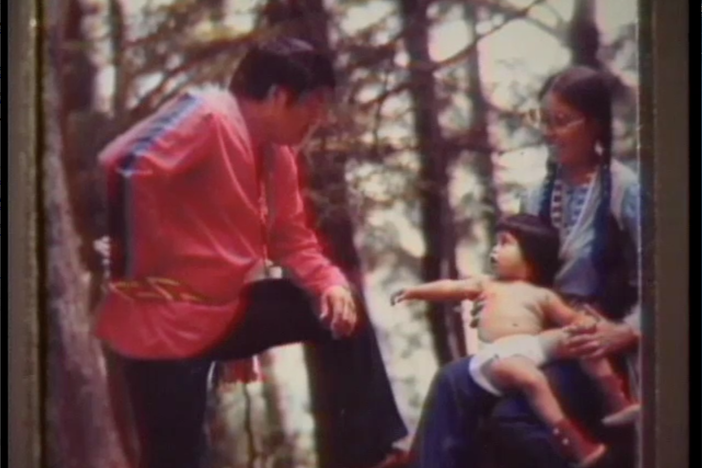 Are Food and Songs History? 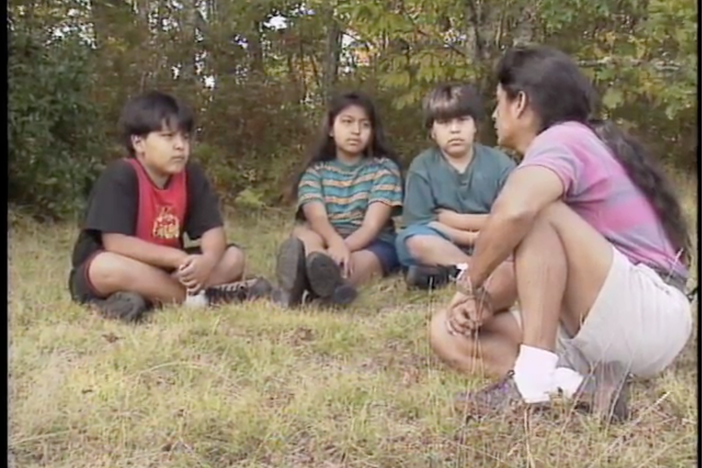 Assimilation or Resistance? The Choice for Native Americans 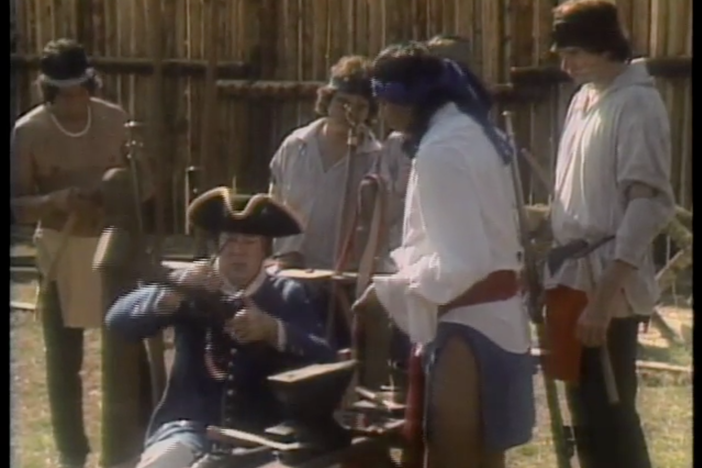 Before the White Man 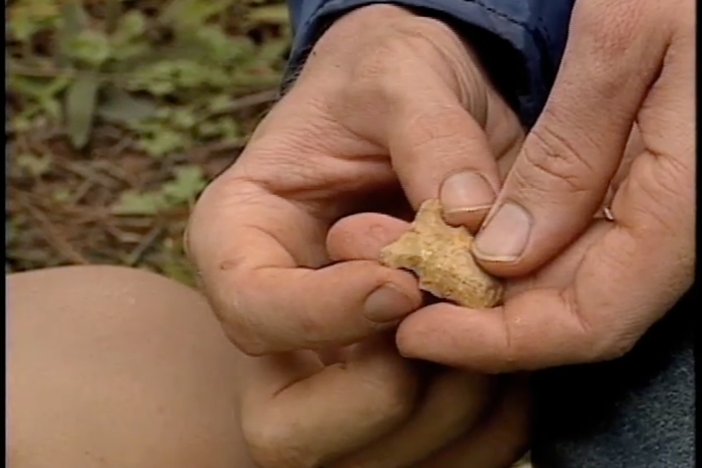 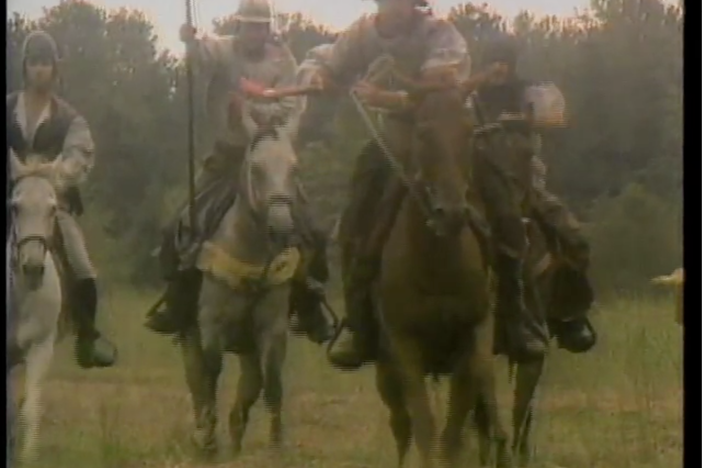 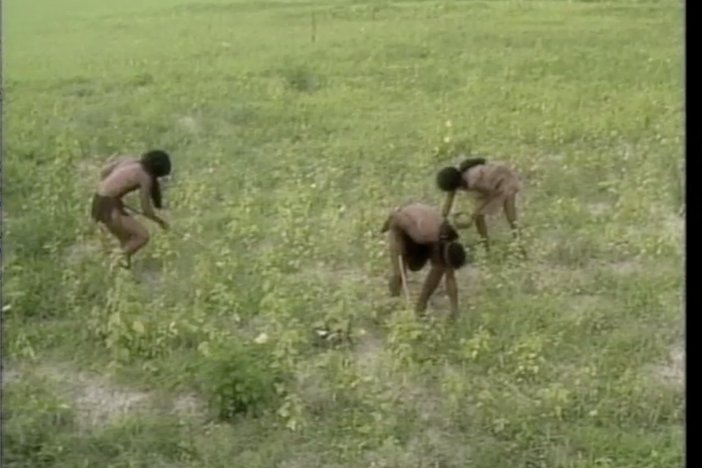 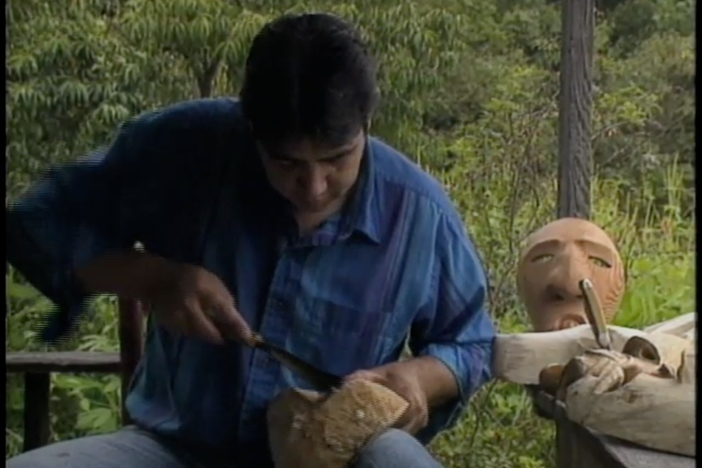 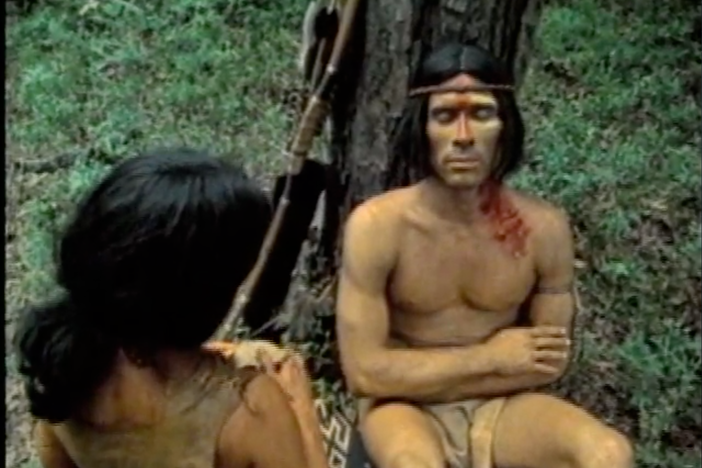 The Myths and Legends of the Cherokee People 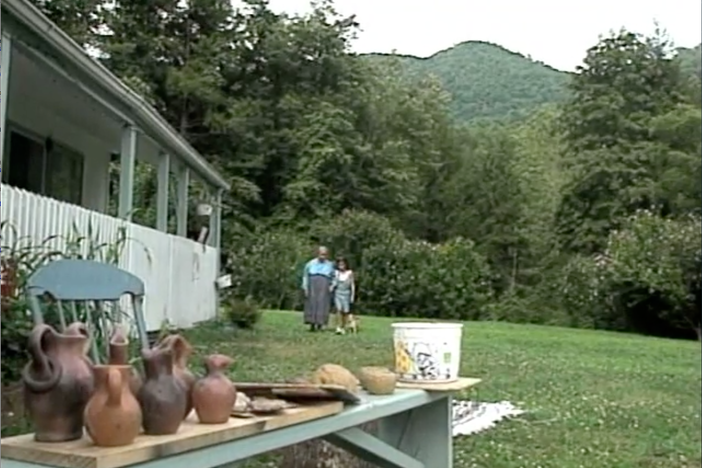