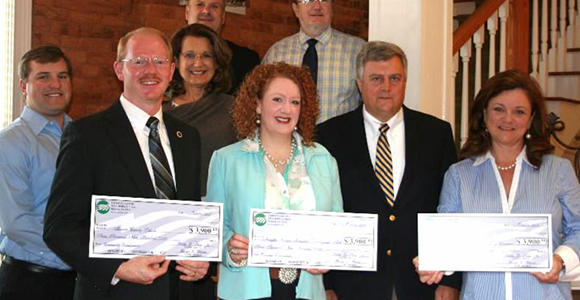 "Deep personal contemplation, prayer, and a desire to see my spouse as happy as she can be in her personal life, led me to realize that I am gay. I have tried to privately cope with accepting my sexual orientation as not definitive of my identity, but rather a small part of who I am as a father, a person, and a public figure".

This is part of a three-page statement issued by Monroe County School District Superintendent Anthony Pack through his attorney. The Telegraph reports on Pack's situation. He's accused of using school-owned electronic devices to participate in an online dating service aimed at men.

The newspaper put up his full statement here.

And once again a community must decide whether or not it's entitled to know the personal life of someone in the public eye.

From Hart to Clinton to Giuliani to Craig to Sanford -- over and over again we are asked to judge what details of a public person's life ought to be public. Yes, these are national figures. But local political figures are often targets too. Fifteen years ago while a political reporter in upstate New York, I covered a sexual harassment accusation against a sitting county court judge. No charges were filed but the Bar Association reprimanded him. These reprimands aren't publicized, but the judge was running for reelection and his opponents facilitated the reports release. It was used in the campaign and this judge was unseated.

Was it right to use? Voters had to make that determination then. And let's face it, the court of public opinion usually has a much larger turnout than a voting booth.

So here's a case where a man in the public eye is accused of using government property improperly. An investigation is being conducted to determine whether that happened. Meanwhile the publicity in mainstream media and social media have made the charge public. In response, the man issues a very personal statement outlining his sexual orientation and his family's predicament.

What if it's found he didn't use publicly-owned devices to log on to the dating website? Did we need to know about it? Folks in Monroe County will be the judge.

But understand this: The target of that public scrutiny is increasingly becoming the neighbor down the street who uses Twitter. Here's Exhibit A.

So I ask you what's private anymore? Seems a question worth ruminating in this day and age.