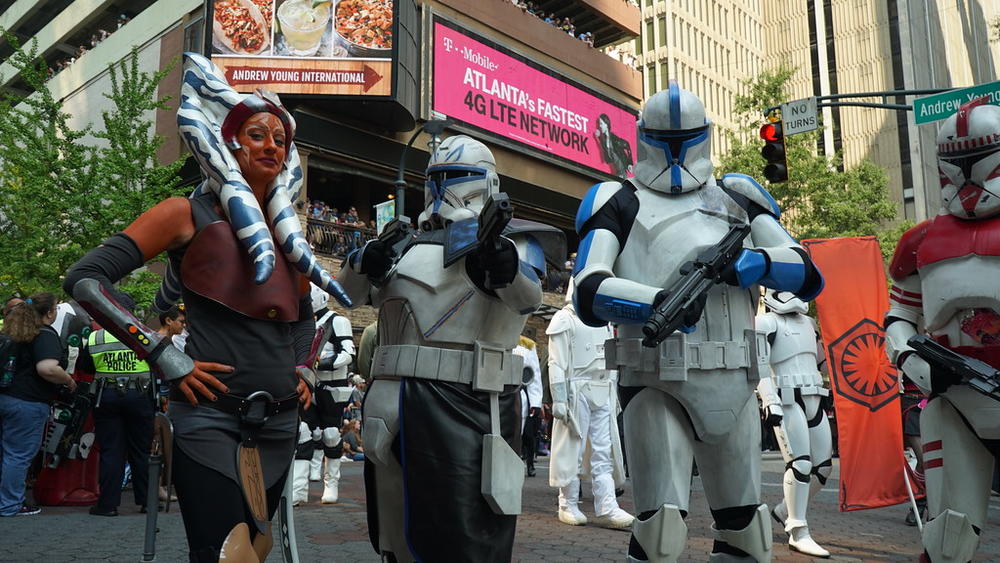 If you could be a fly on the wall observing some of the happenings at Dragon Con, the southeast’s largest sci-fi fantasy convention that buzzes into Atlanta every Labor Day weekend, what would you observe? A spontaneous encounter between an Avengers star and a blushing fan at a bar? Hotel lobby meetups between “Star Wars” cosplayers from across the country?

Our staffers, veteran Dragon Congoers, have witnessed and experienced their fair share of fascinating scenarios. Here I share one of my favorite Dragon Con convention stories and coax a couple of other employees to do the same.

I will never forget the time I marched in the Dragon Con Parade dressed in a Princess Padme jumpsuit. I hadn't intended to. I was at the parade before it began to interview Dragonfly Armory, a diesel punk cosplaying group that got together because of the convention. I planned to conduct my chat, then scoot off to the side while my GPB camera person documented their march. 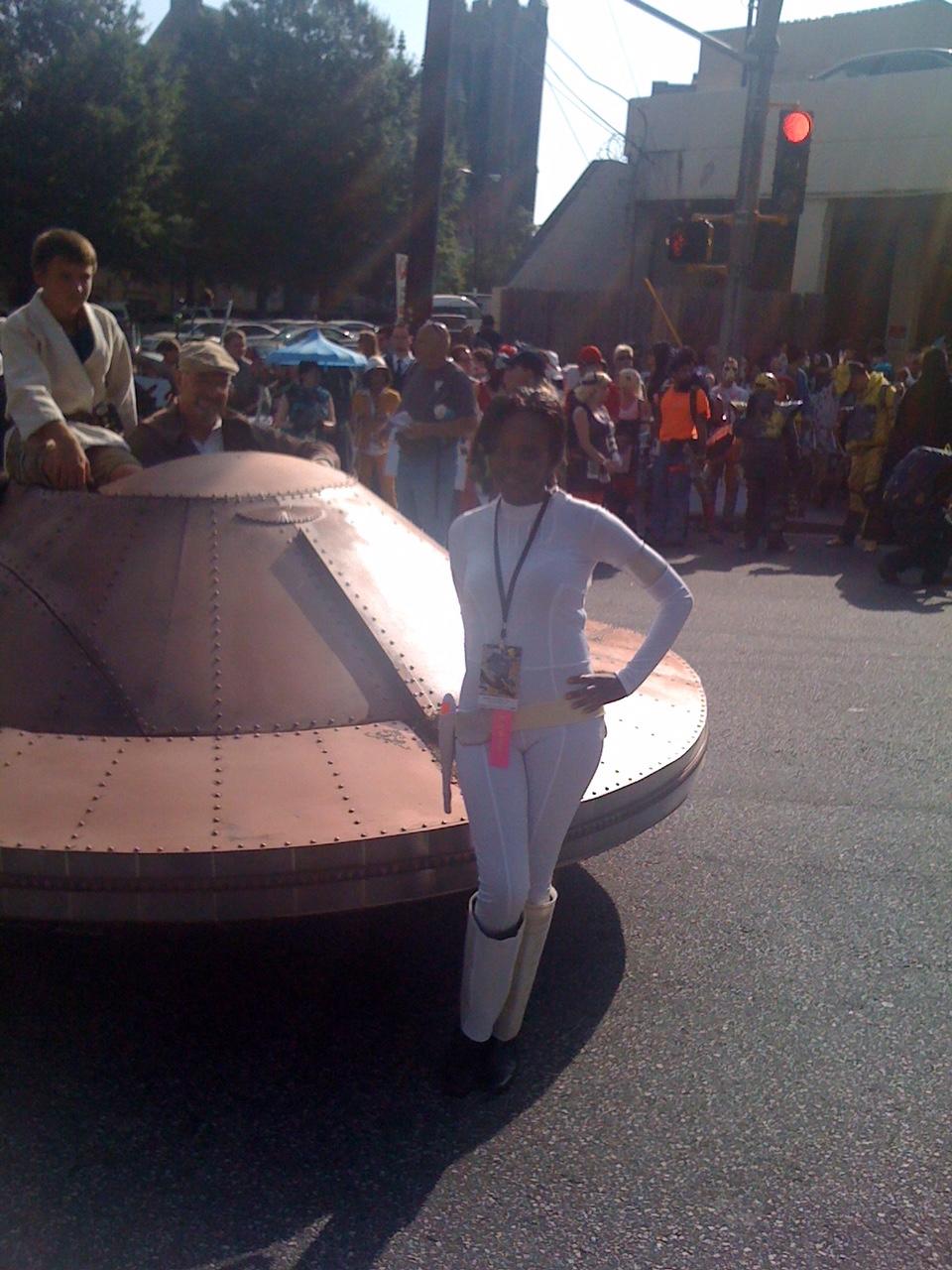 Caption
That's me posing in front of a "Star Wars" land speeder before the parade began.

But as soon as my chat ended, the parade started! The crowd of marchers and parade watchers was so thick, there was no place for me to go except the parade route. I felt like a fish out of water as I walked, a "Star Wars character" with a diesel punk group. But as luck would have it, a steampunk Star Wars land speeder with a young Anakin and Steven Spielberg lookalike in the driver’s seat drove in front of us. I meandered alongside them and fit right in.

Friends and colleagues surprised to see me in the parade, called out my name. I smiled and waved back at them as though I was supposed to be there. By the time I reached the end of the parade route, I felt like a natural!

Capturing The 300 And Carol Spinney

“My fondest memory of Dragon Con is this!” says producer/editor Victoria Bostic of her photo of the 300 cosplayers. 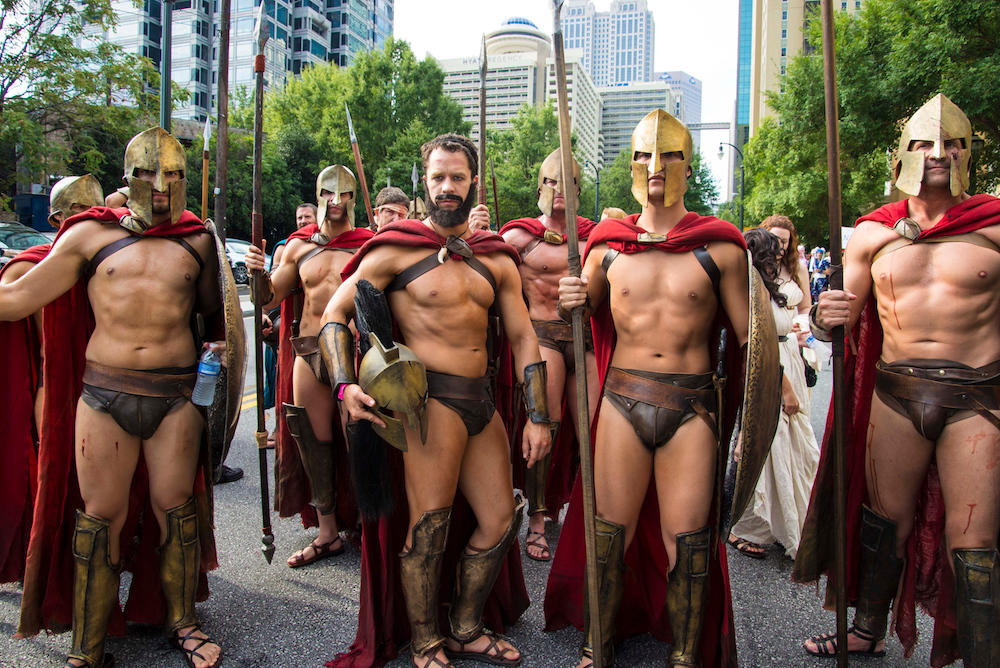 “However, a close second was getting to interview Caroll Spinney who is a worldwide icon,” she says of the Big Bird portrayer and voice of Oscar the Grouch. “Many would not recognize his face, but they know his voice as many of us grew up pretending to be best friends with Big Bird and (were) amused by the grumpiness of Oscar the Grouch. Dragoncon gave me a chance to nerd out with one of my favorite characters.”

“I would have to say that my favorite part of Dragon Con the past few years was simply chatting in line!” says associate producer Andrew Riley. “Whether it was for a panel to hear Peter Mayhew (the mythological-level actor who played Chewbacca) speak about working on the “Star Wars” franchise - or for a beverage (the hotel buckets are a great deal!) - getting to know all the other people is really what makes Dragon Con extra special for me.”

“The community is one of the best I've ever had the joy to be a member of and I can't wait for my first-year friends to have their first con experiences at Dragon Con here in Atlanta.”

Now it’s your turn. Share your favorite Dragon Con stories with us in the comments below and we hope to see you there next year.

END_OF_DOCUMENT_TOKEN_TO_BE_REPLACED 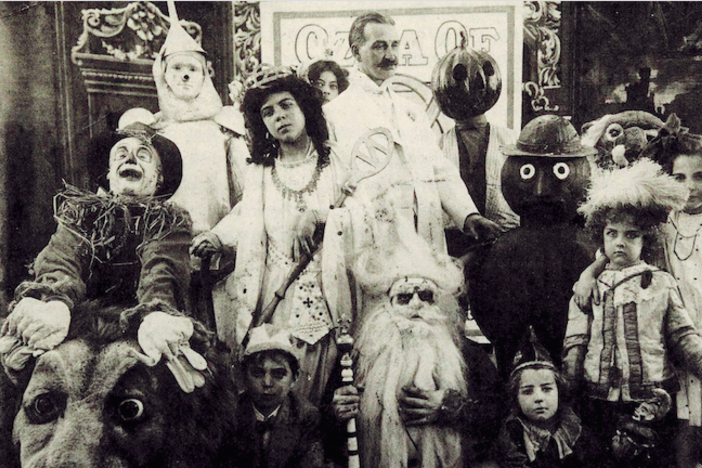 Next week American Experience introduces viewers to the man behind the curtain, Independent Lens explores the complexities of criminal justice reform and we dive in head-first with Nature and NOVA. 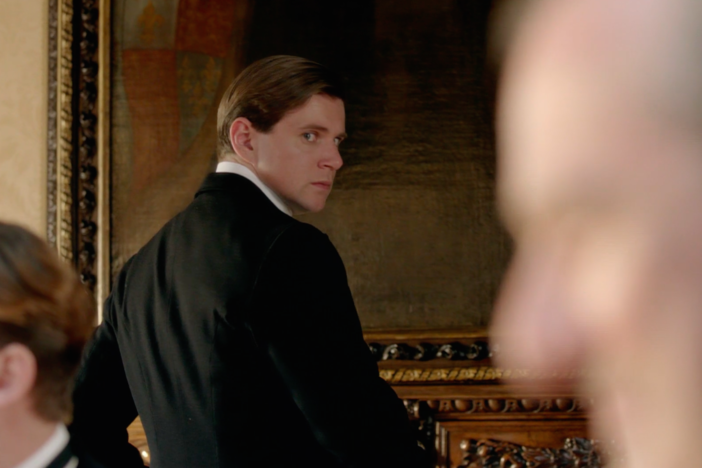 While outwardly, they must all band together in order for Downton to do its part and thrive as a convalescent home, beneath the surface our favorite characters must fight their own battles. 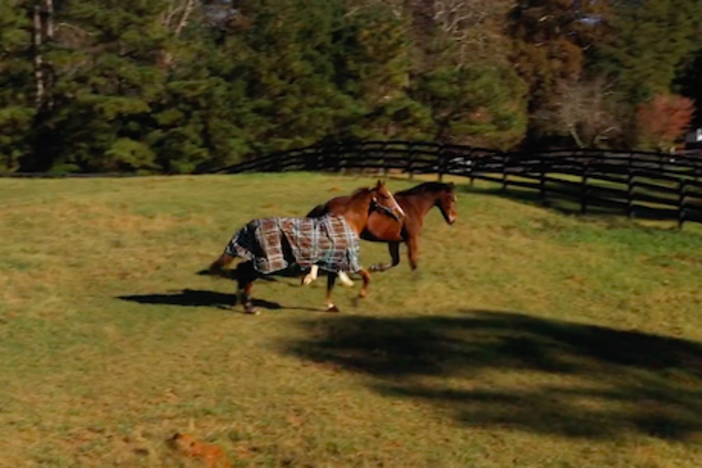 Next week we'll welcome the return of Finding Your Roots, Nature, NOVA and more! Including a tour of Horse Country with Georgia Outdoors host Sharon Collins. Take a look at what’s coming up!