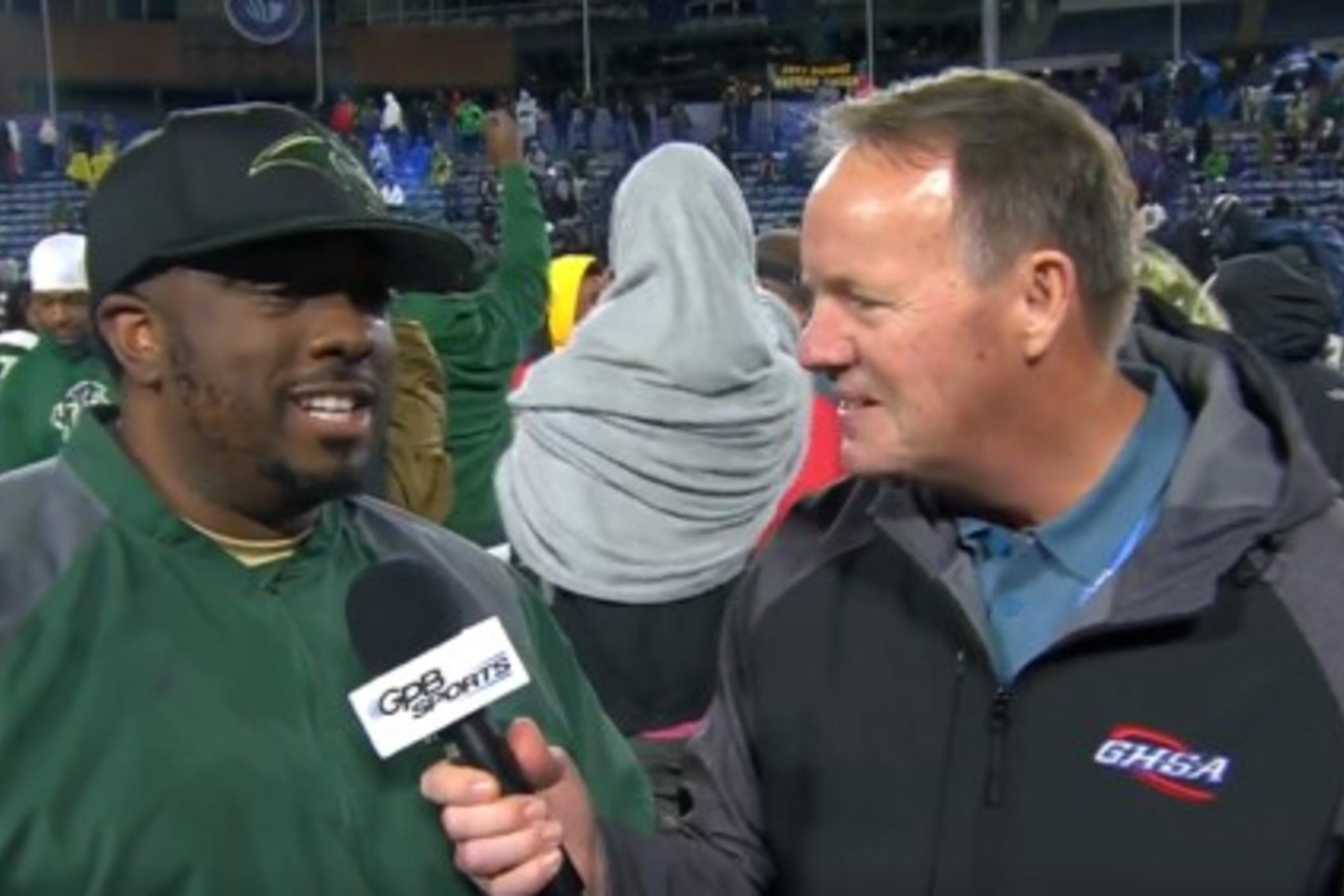 Quarterback Prentiss Noland threw for 263 yards and three touchdowns to help No. 1-ranked Hughes win its first state championship with a 35-28 win over No. 5 Gainesville in the Class 6A championship game on Friday at Center Parc Stadium.

Noland completed 18 of 21 passes and closed the game with 13 straight connections. Noland also ran for the final first down that enabled the Panthers to run out the clock and end the game.

Hughes (15-0) was limited to 73 yards for the Gainesville defense, led by middle linebacker Jeremiah Telander, who had 13 tackles, four tackles for loss, two sacks and blocked two kicks.

Hughes was led defensively by Justin Bonds with 10 tackles, two tackles for loss, one sack and one fumble recovery. Gannon Weathersby made nine tackles and Santonio Jones had eight tackles.

The key stretch came in the final minute of the first half. After Gainesville cut the lead to 9-6 on Eric Guerra’s second field goal with 59 seconds remaining, Hughes scored twice. Jekhail Middlebrook returned the ensuing kickoff 72 yards and, after recovering a Gainesville fumble, the Panthers scored again on a 18-yard pass from Noland to Jaden Barnes. A two-point conversion pass gave Hughes a 23-6 halftime lead that Gainesville was never able to overcome.

The Red Elephants made it a game and trimmed the lead to one score with 3:59 remaining on a 10-yard touchdown pass from Wright to Watson. But Gainesville never got the ball back and Hughes was able to run out the clock.