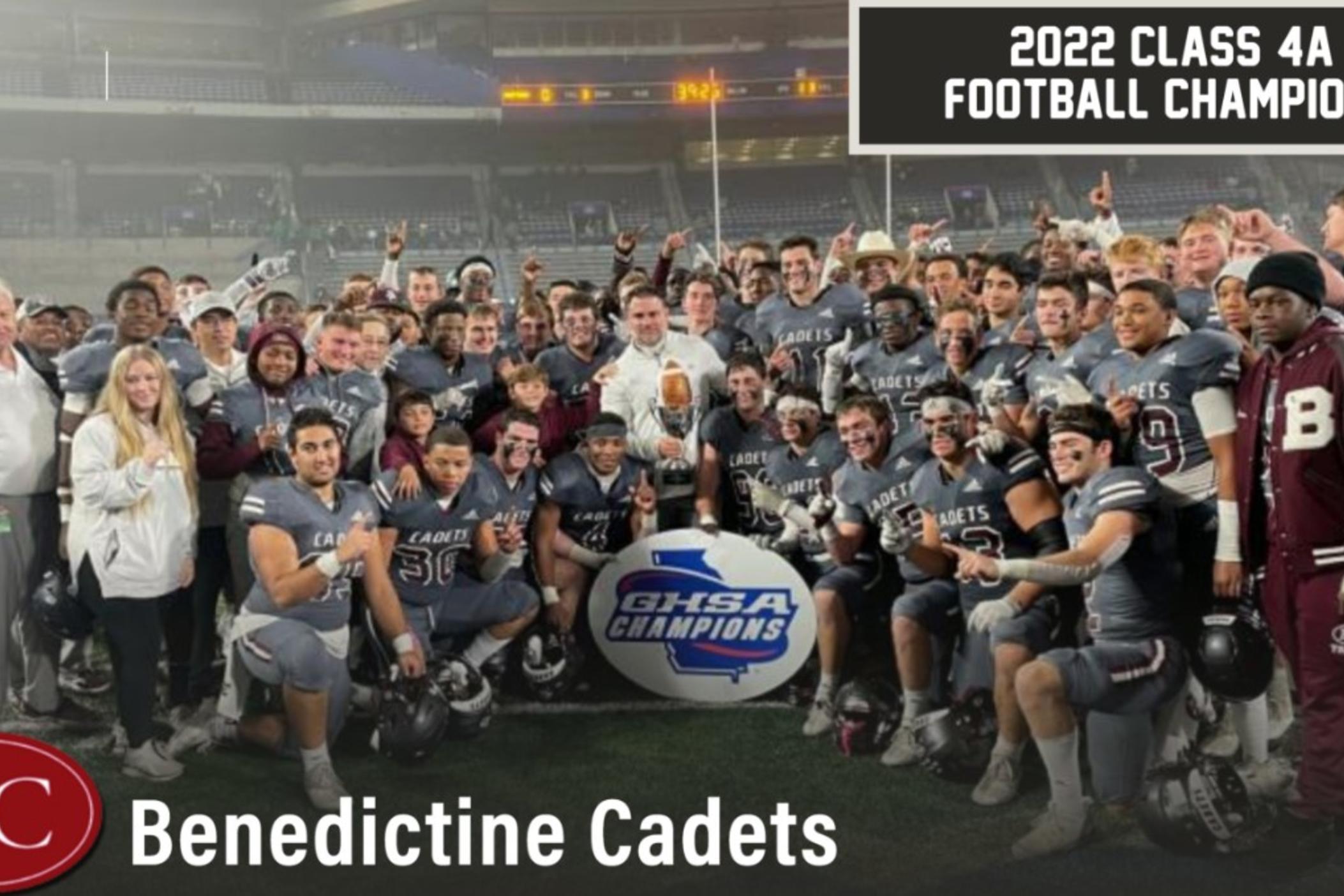 A dramatic goal-line stand by Benedictine as time expired preserved 14-13 win over Cedartown and allowed the Cadets to successfully defend their Class 4A championship on Saturday at Center Parc Stadium.

Cedartown got the ball at the 24 yard line with 3:27 left after Benedictine’s fake punt failed to pick up a first down. Cedartown pushed to the 1, but came up short on four successful tries, the last one coming as time expired.

Benedictine scored on a 19-yard option pass from Houston Jackson to Za’Quan Bryan and a 12-yard run by RaSean Matthews.

Cedartown scored on a pair of 1-yard runs by Reese Tanner, the second coming with 4:53 remaining. But the Bulldogs missed the second extra point wide left.

Benedictine (13-2) only had 196 yards in offense. Luke Kromenhoek completed 8 of 18 for 81 yards, but was sacked six times, and ran for 34 yards. Za’Quan Bryan caught seven passes for 65 yards and ne touchdown. Na’Seir Samuel ran 10 times for 46 yards

It was the fourth state championship for Benedictine.