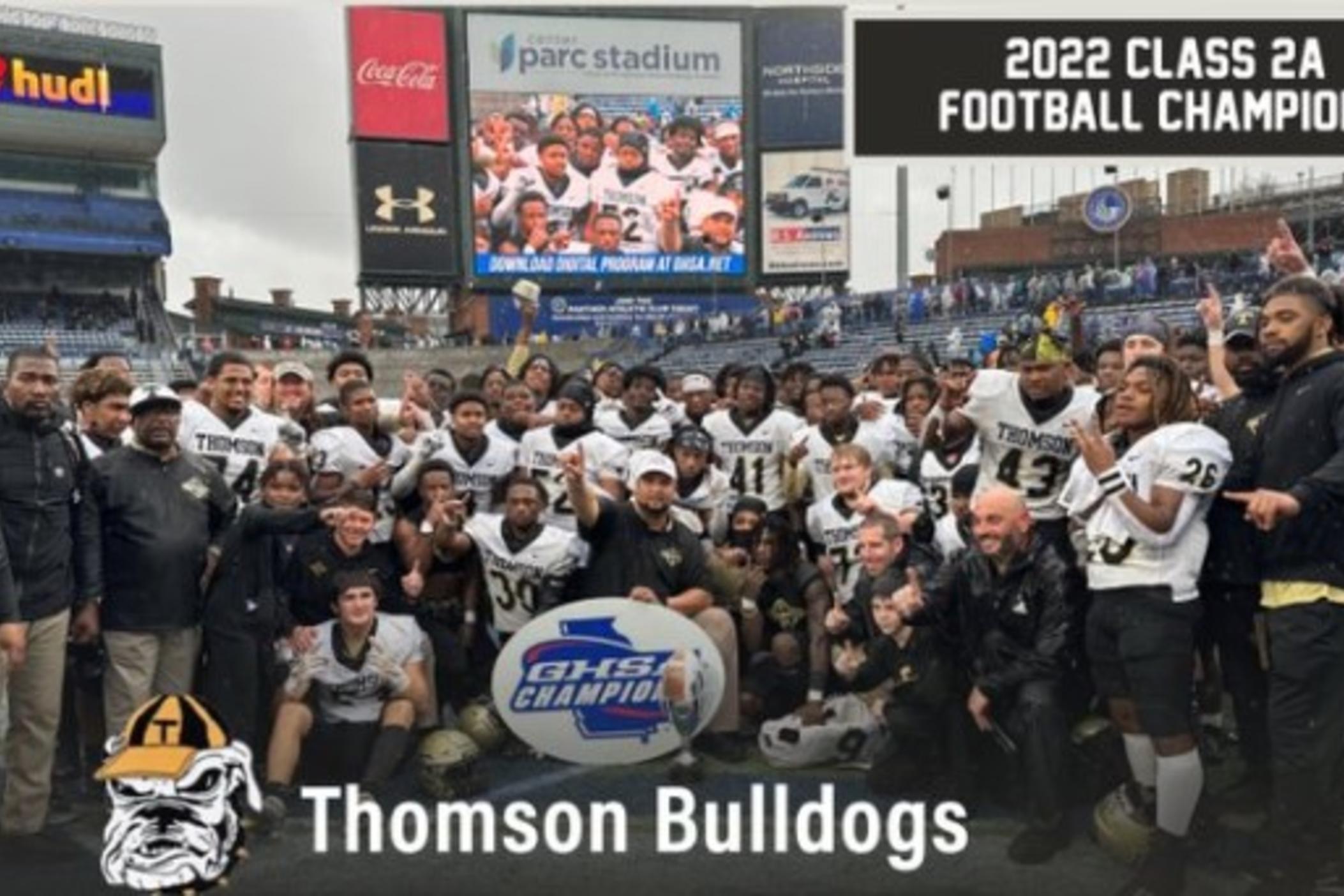 Jontavis Curry rushed for 243 yards and scored four touchdowns to lead No. 5 Thomson to a 32-27 win over defending state champion and No. 1-ranked Fitzgerald in the Class 2A championship game Friday at Georgia State’s Center Parc Stadium.

The Thomson defense was led by Jaquan Hart and Marcellus Brigham with 10 tackles apiece. Quaterrion Hunt and Travion Curry each had nine tackles.

Fitzgerald’s running attack was limited to 176 yards, with Sylon Davis the leader with 71 yards. Sultan Cooper complete 6 of 12 passes for 86 yards and two touchdowns, a 58-yarder to Vic Copeland and a 4-yarder to Calvin Tillman.

Randy Givens and Brandon Brown led the defense with seven tackles each.