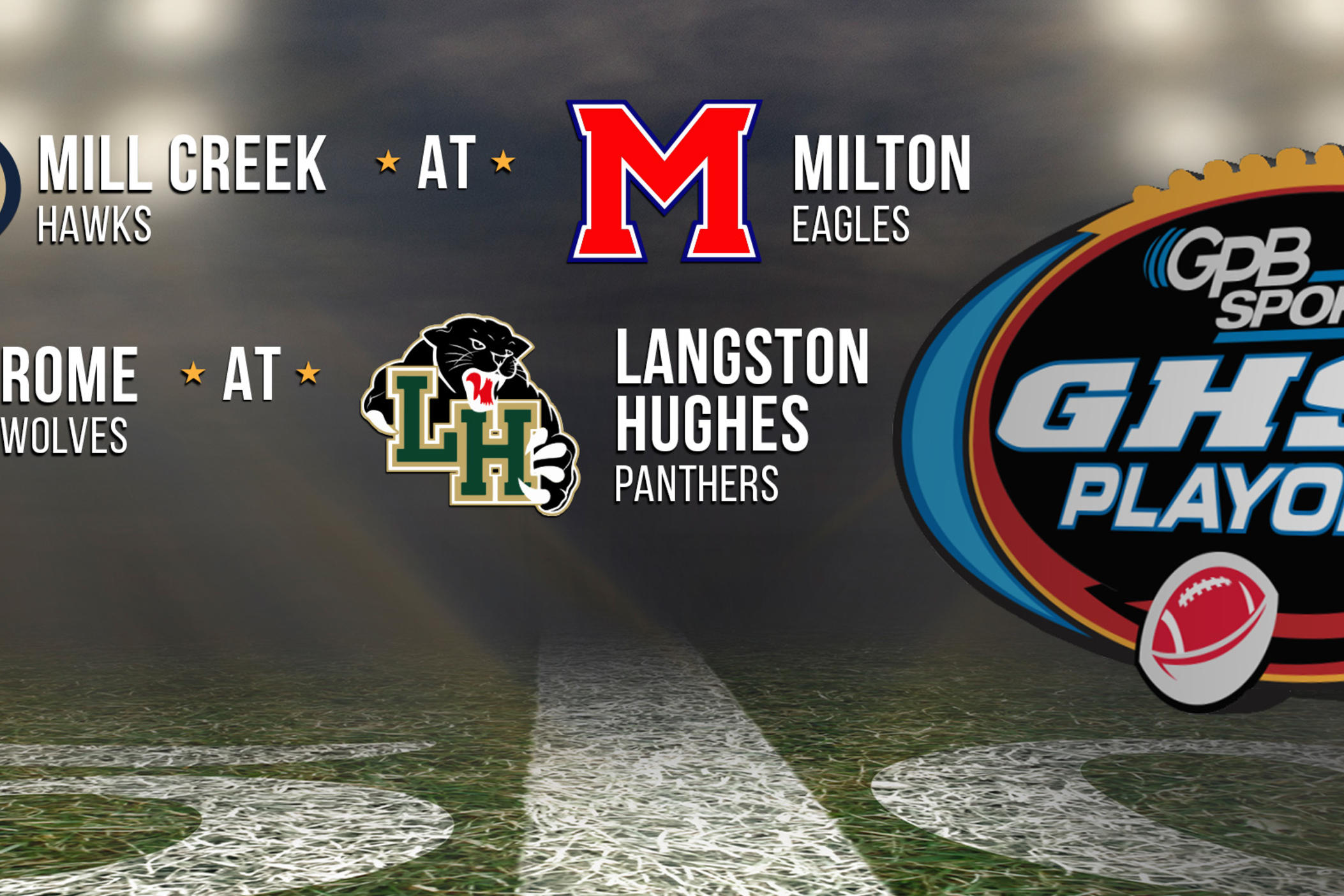 The first game is a Class 7A matchup between Mill Creek and Milton at 5 p.m. That will be followed by a 6A class between Hughes and Rome at 8 p.m.

Mill Creek (12-1) defeated Westlake 38-14 in the third round. The Hawks are the No. 2 seed from Region 8 and have lost only to Buford.  Milton (10-3) defeated Grayson 38-12 in the third round. The Eagles are the Region 6 champion and have won eight straight since a non-region loss to North Cobb. The two teams have met twice, both times in the playoffs, with Milton winning both. The Eagles eliminated the Hawks 36-27 in the quarterfinals last season.

Hughes (13-0) broke open a close game in the fourth quarter to defeat Woodward Academy 56-28 in the quarterfinal. The Panthers, the state runner-up in 2021, are the Region 5 champions. Rome (12-1) defeated Marist 17-7 in the third round. The Wolves are the Region 6 champions and have lost only to Class 7A semifinalist Carrollton during the regular season.

All games will shown live on GPB-TV and can be seen live on GPB.org and the GPB Sports app. All will be available on demand on the app.