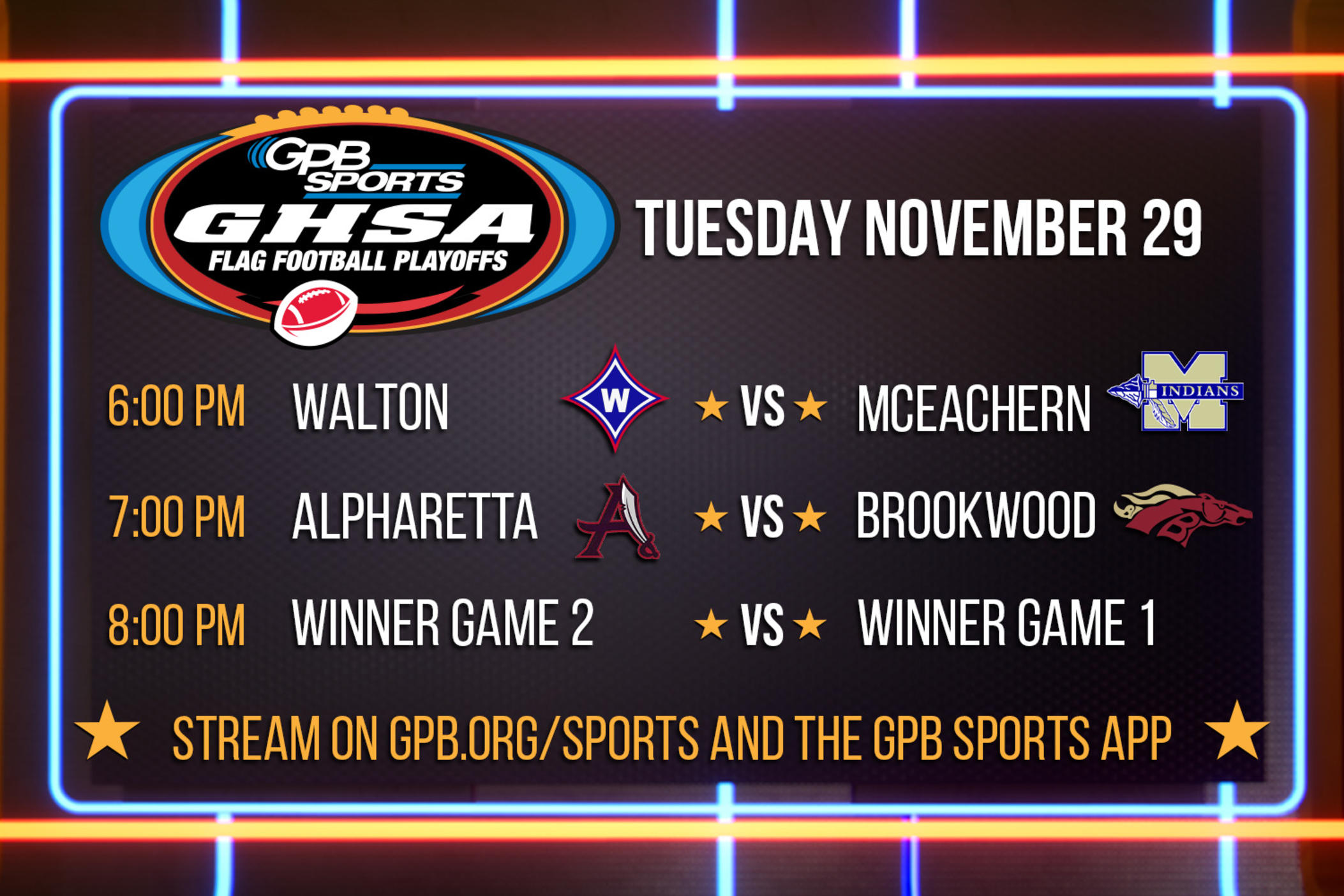 GPB Sports begins its coverage of the GHSA Flag Football Championship on Tuesday with three Class 7A playoff games.

The 8 p.m. game features in the winners of the two earlier games. The winner advances to the quarterfinal round.