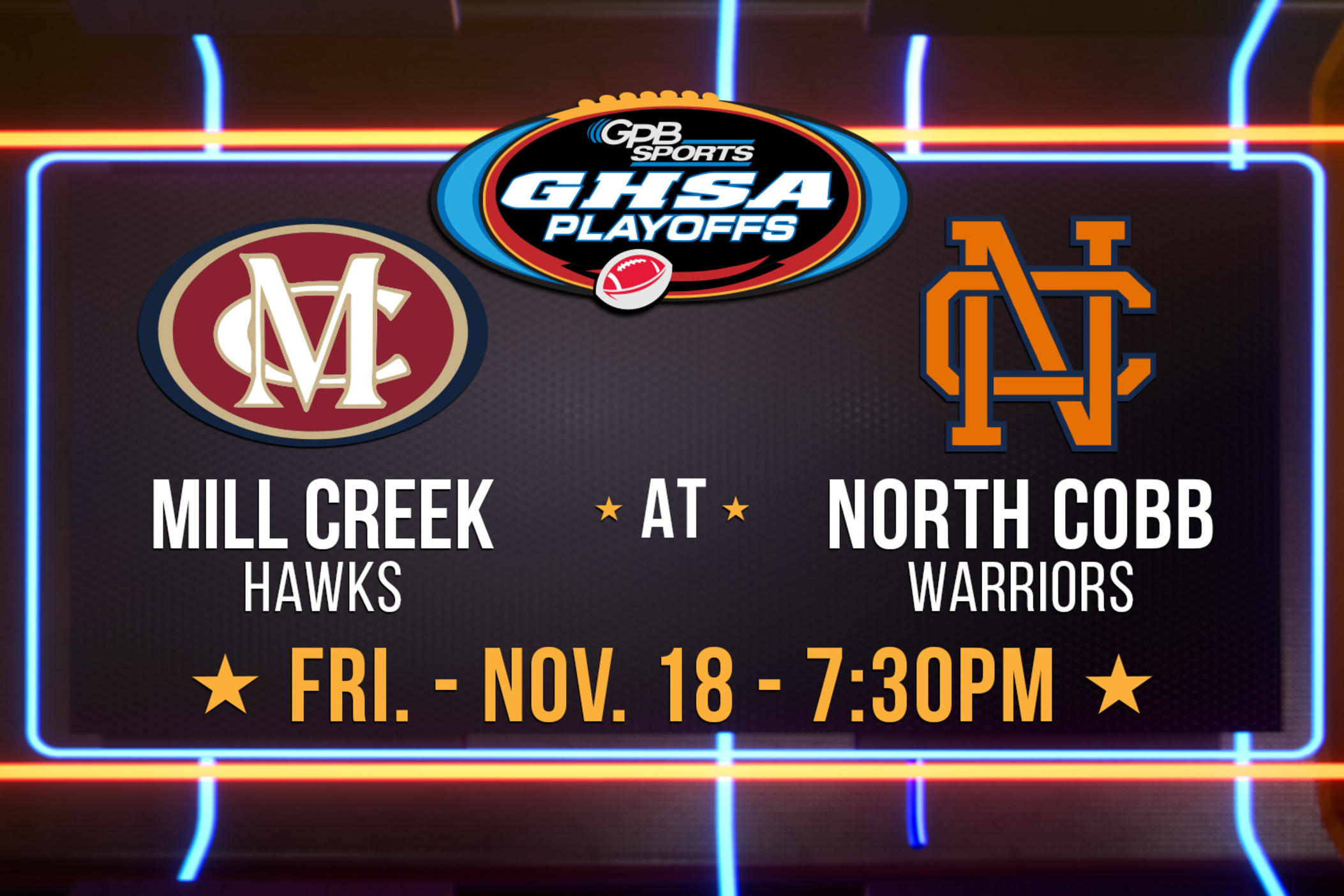 This week’s Football Fridays in Georgia broadcast features two of the top teams in Class 7A when No. 5 Mill Creek travels to play No. 4 North Cobb in a second-round game.

Mill Creek (9-1) finished second in Region 8 behind Buford, which handed the Hawks their only loss of the season. Mill Creek defeated Meadowcreek 59-22 in the first round.

North Cobb (9-2) won the Region 5 championship and defeated Denmark 42-10 in the first round. The Warriors losses have come against No. 1-ranked Buford and Northside Warner Robins.

The two teams have met only once, with North Cobb prevailing 42-35 in the 2012 quarterfinal round.