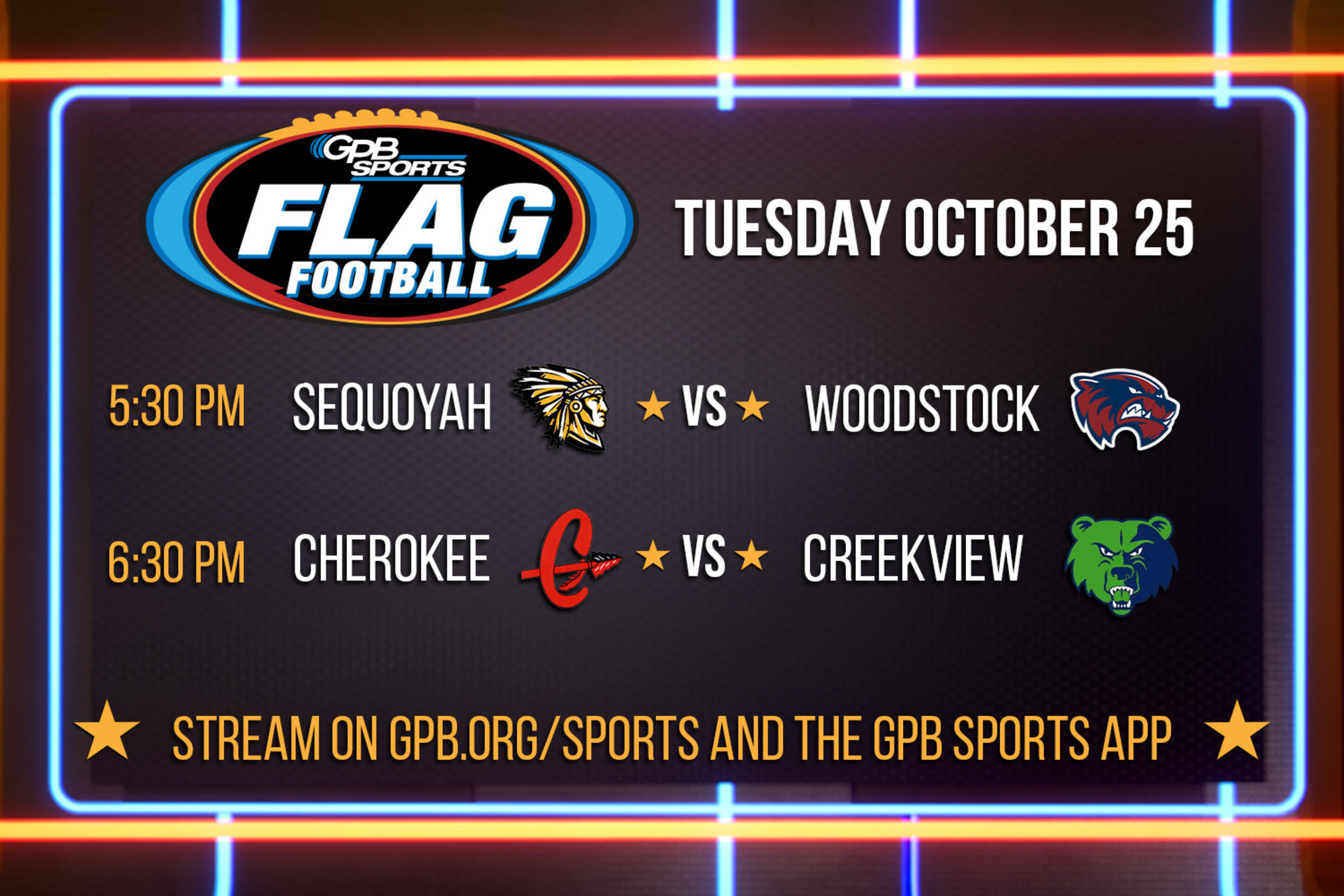 The GPB Sports Flag Football broadcast moves to Cherokee County for a doubleheader on Tuesday afternoon. All the games will be streamed live on gpb.org/sports and the GPB sports app.

All teams are working toward trying to reach the state playoffs. The semifinals for all three divisions will be hosted at the Atlanta Falcons indoor training facility in Flowery Branch. The championship games will be played on Dec. 8 at Georgia State’s Center Parc Stadium.