Join us tonight for Week 9 of our 2022 GPB Sports Football Fridays in Georgia schedule as the third-ranked Mill Creek Hawks (6-0) take on the top-ranked Buford Wolves (6-0) in a colossal GHSA Region 8-7A showdown at Tom Riden Stadium in Buford.

Coverage starts at 7 p.m. with “Recruiting 2022” including the “Top Prospects to Watch,” followed by the Game of the Week at 7:30.

This is the biggest game so far in the 2022 GHSA season between two state championship contenders both ranked nationally.  The Wolves are No. 7 in this week’s USA Today Super 25 with the Hawks checking in at No. 21.

This game is so big beyond all the obvious reasons such as the winner becomes the overwhelming favorite to win the region title and carry a No. 1 seed into the state playoffs.  This is also the first time these two Gwinnett County powers have ever played, even though the schools are basically 10 miles apart.

That’s because until this season Buford had never played in 7A.

Mill Creek is seeking it’s first-ever win over a No. 1 ranked team going 0-5 all-time.  In fact the last two seasons the Hawks have played a No. 1 within their own region losing to Grayson in 2020 and Collins Hill in 2021.  But things are a little different this year.  The Hawks may have their best team ever, even better than the 2015 and 2016 teams that both finished 13-1 with their only losses coming in the state semifinals.

Even Coach Josh Lovelady admits this is probably the biggest regular season game in the Hawks 19-year history and that’s a rare admission for any coach in midseason.

It is said that Buford has sold more tickets for this game that any in program history with a standing-room crowd anticipated.  Why so much excitement for a regular season game for a Wolves program with 14 state championships, including three straight, and 21 State Finals appearances including 18 in the last 21 years?  Big games are pretty common place for the Green and Gold.

A lot of it has to do with the proximity of the two schools and the fact players on both sides grew-up playing with and against each other in the Gwinnett Football League.  And then there’s the matter of proving itself.

True that sounds odd for a Buford team that is the second-best program in state history and for the last 20 years THE best.  But the Wolves are playing in the state’s biggest classification for the first-time ever and again as strange as it may seem, still out to prove they can win it all at the GHSA’s highest level.

Coach Bryant Appling who is 47-3 in his fourth season as head coach and 20th season in the program says the game feels a lot like their 2020 state semifinal against Valdosta.  The Wildcats are the only team with more state crowns than Buford.  In case you forgot that game you saw on GPB, the Wolves smashed Valdosta 45-26 that December night.

Here in 2022, Buford carries a 17-game winning streak into this showdown.  Four of their six wins have been against Top 10 teams and aside from a 21-14 win over No. 8 North Cobb, the Wolves are winning by an average of 28 points per game.

Mill Creek has won nine of their last 10 games with their only loss at 2021 state finalists Milton in last year’s quarterfinals.  Three of their six wins this season have come against Top 10 teams and the Hawks have won their last five games by an average of 31 points  since a final 15 seconds 47-41 victory over then-No. 9 Walton in the season-opening Corky Kell Classic at Mercedes-Benz Stadium.

That’s the game preview. Now here’s a look at the Top Prospects to Watch. Be prepared. There are a whopping 37 players total who have received college football offers. Stunning.

Mill Creek 5-Star Caleb Downs – 6-2, 195, Senior – 247 Sports Composite #1 SAF in the country and #12 Overall National Prospect in Class of 2023 – Committed to Alabama over 33 other offers including Georgia, Ohio State, Notre Dame and North Carolina.  Downs and Haynes are good friends with Justice attending Caleb’s commitment announcement.  Downs will rarely come off the field tonight. On offense he has 19 catches for 241 yards and 19 carries for 8 rushing TD.  He already has 3 more INT this season for program-record 17 career picks. 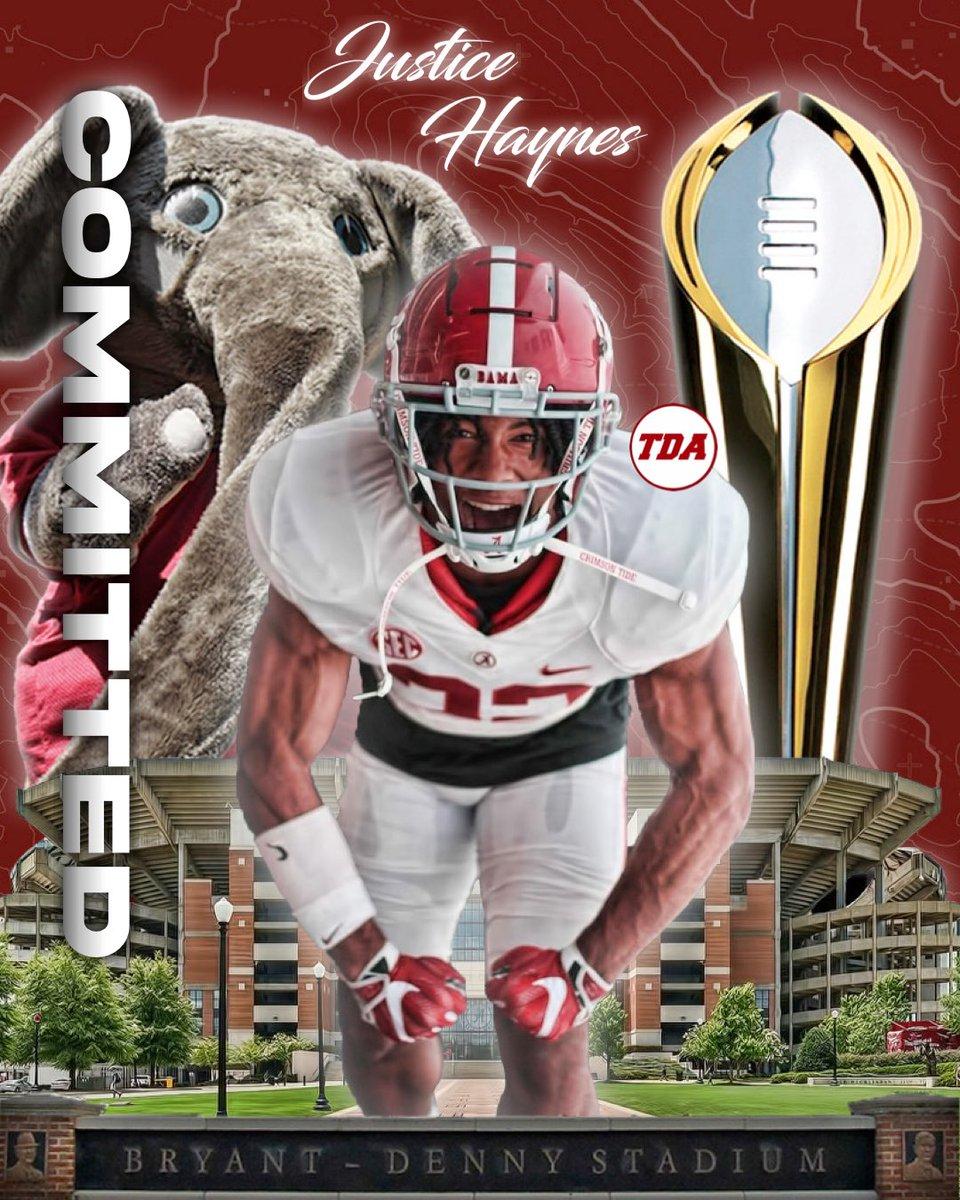 Buford 5-Star Justice Haynes – 5-10, 200, Senior – 247 Sports Composite #2 RB in the Class of 2023 – Committed to Alabama over 35 other offers including Georgia, Ohio Stat, and Florida.  Both he and Downs come from football families whose dads played in the NFL.  Justice’s dad Verron is very familiar to Georgia fans, he of “Hob-Nail Boot” fame.  Haynes has rushed for close to 6,300 yards in his career and 78 TD.  In this is one season with Buford he has shared the load with the Wolves typical stable of great RB but has still totaled 751 yards and 10 TD while averaging nearly 9 yards per carry.  Justice took in his first Bama game of the fall last weekend in the Tide’s win vs Texas A&M.

K.J. Bolden – 6-1, 190, Junior – 247 Sports Composite 5-Star and #1 SAF, #1 Prospect in Georgia, #4 Overall National Prospect in the Class of 2024 – 50 Offers including Georgia, Alabama, Ohio State, Clemson, Tennessee, NC State, Florida State, Oklahoma, Michigan State, Duke and Georgia Tech. Bolden was in Tuscaloosa last weekend for that A&M game and at Clemson for the NC State game a couple of weeks ago.  He’s also been to see the Bulldogs, Buckeyes and Vols this fall.  He stars both ways for the Wolves at WR and Safety.

Eddrick Houston – 6-4, 235, Junior – 247 Sports Composite 5-Star, #4 Edge and #4 Prospect in Georgia in Class of 2024 – 40 Offers including Georgia, Ohio State, Clemson, Tennessee and Michigan State.  Houston has been to two Clemson games this season and Michigan State last weekend.  Projects as DE in 4-3 and OLB in 3-4.  Has been Wolves most productive defensive player with team-leading 7 QB sacks, 12 QB pressures and 6 TFL out of 31 total tackles.

Jadon Perlotte – 6-4, 205, Sophomore – 247 Sports Composite 5-Star and #4 LB, #5 Prospect in Georgia in Class of 2025 – 35 Offers including Tennessee, Ohio State and Florida State. Got significant playing time as a freshman on last year’s 6A State Championship Team.  Perlotte was also at the Alabama game last weekend and told 247 Sports it was the best game he’d ever been to.  He’s also been to South Carolina, Ohio State, Clemson and Georgia-Oregon games this season.  26 TT this season, 3 TFL, 2.5 sacks, 3 PBU

King Joseph Edwards – 6-5, 243, Junior – ESPN 4-Star and #3 DE in Class of 2024 – Plays TE/DE for Buford – 40 Offers including Georgia, Ohio State, Tennessee, NC State, LSU, Oklahoma, Florida, Miami, Michigan State and Duke.  Has not played yet because of injury but hoping to get him back by the end of the season. 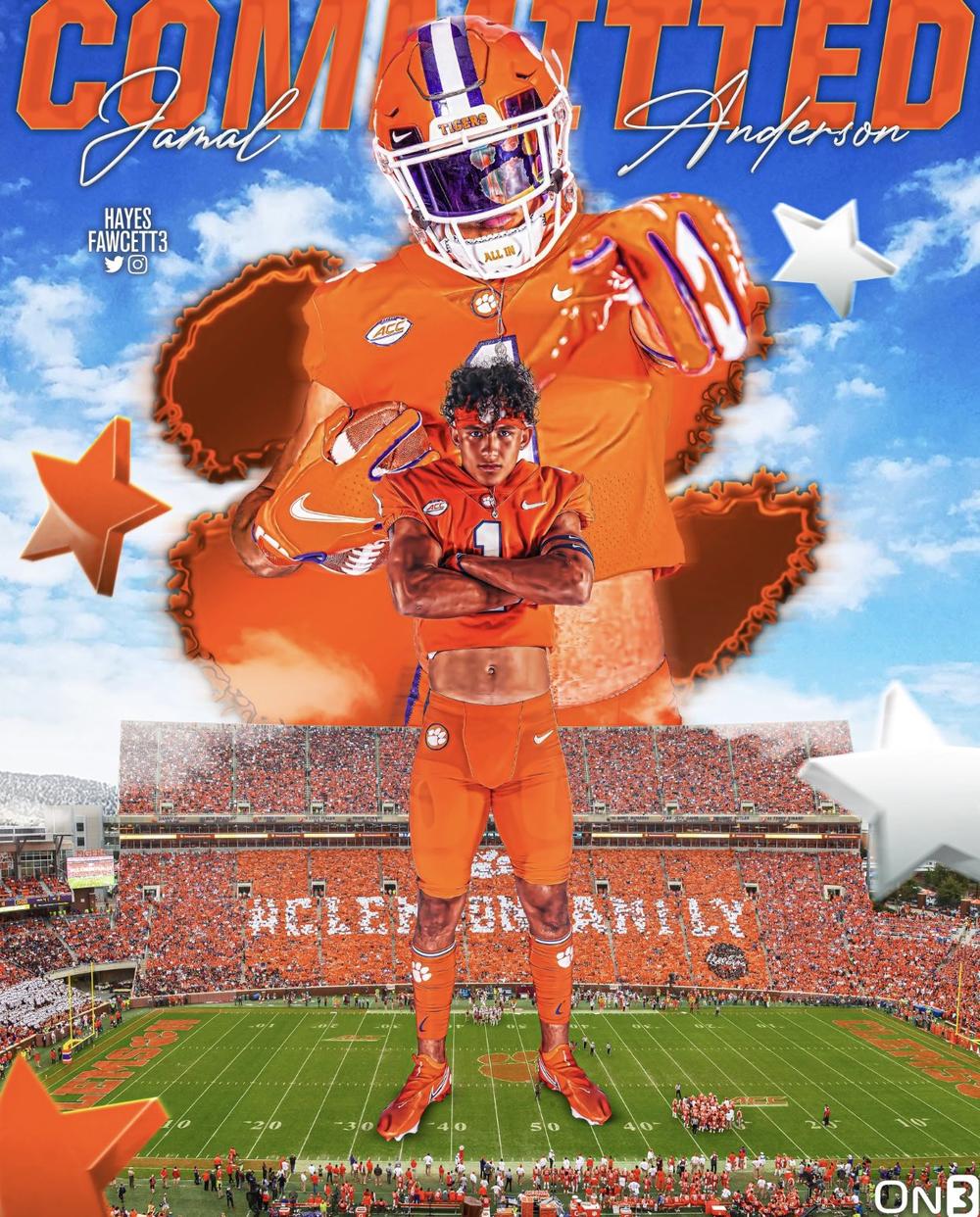 Jamal Anderson – 6-4, 201, Senior – On3 Recruits 4-Star and #9 LB in the Class of 2023 – Committed to Clemson over 33 other offers including finalists USC, his dad’s alma mater Utah and Michigan State. He is the son and namesake of the original Dirty Bird.  Don’t let his stats fool you.  29 total tackles, 2 TFL, 4 PBU.  Numbers look low because as an OLB teams usually try to avoid his side of the field.  But I’ve called a number of his games and he is a playmaker.  Super athletic and will also contribute as a flex tight end.  Hawks would not be undefeated had he not come-up clutch in their season-opening win over Walton at MBS.

Bryce Bothwell – 6-2, 282, Senior DT – Offered by Stetson and Marist.  Bothwells are indeed twins making this our third game this season with a set.