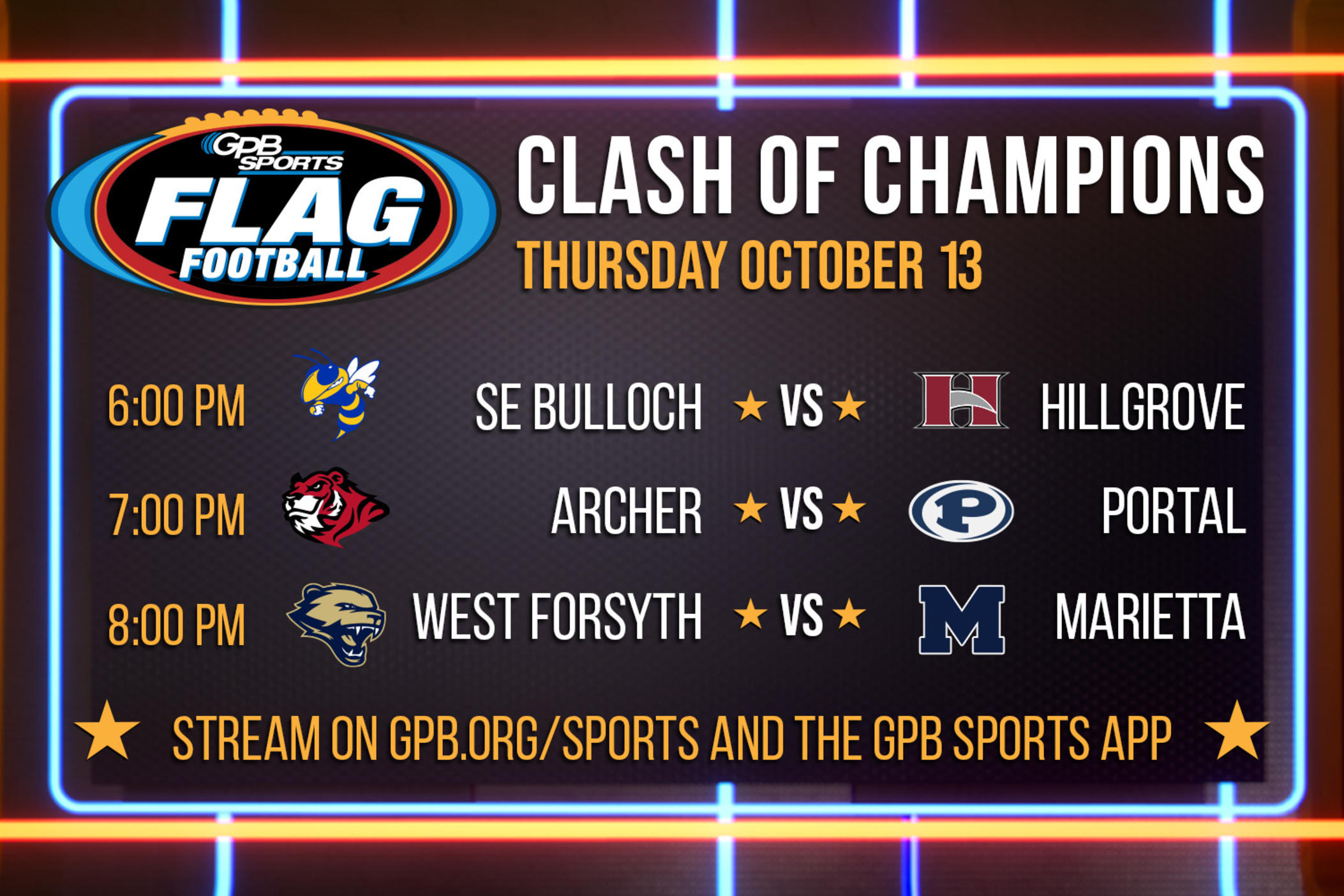 GPB Sports this week begins its weekly coverage of Georgia High School flag football with a spotlight on the Clash of Champions.

Thursday's schedule features Southeast Bulloch vs. Hillgrove at 6 p.m., Archer vs. Portal at 7 p.m., and West Forsyth vs. Marietta at 8 p.m.

The flag football semifinals will be conducted at the Atlanta Falcons' indoor facility in Flowery Branch on Dec. 5. The championship games in the three divisions will be Dec. 8 at Georgia State's Center Parc Stadium.