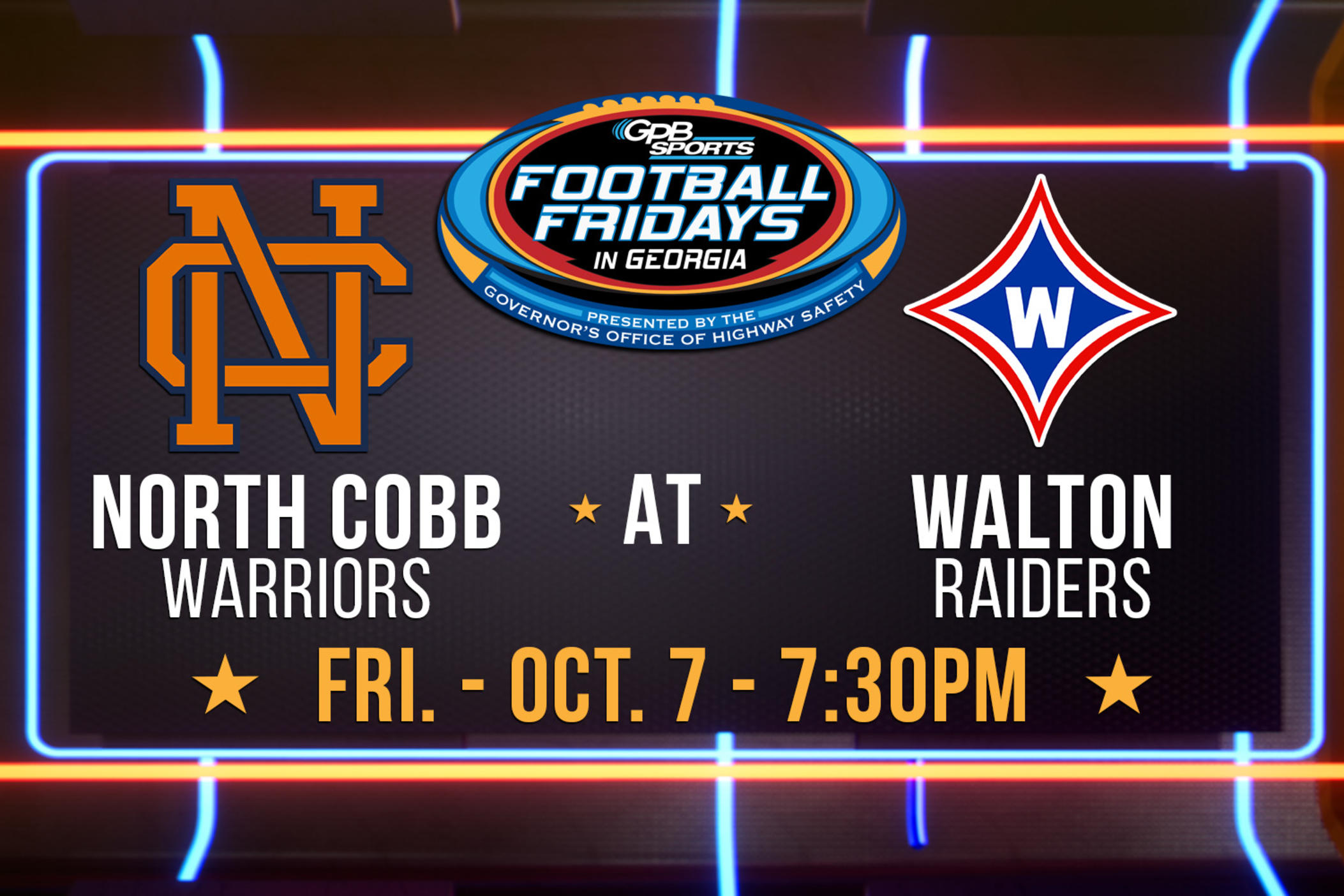 State-ranked North Cobb and Walton open the Region 5-7A schedule by going toe-to-toe in this week's Football Fridays in Georgia broadcast. Kickoff is 7:30 p.m.

North Cobb is 3-2, despite losing quarterback Malachi Singleton, an Arkansas commit, with a foot injury. The Warriors last played on Sept. 23, a 21-7 win over Milton.

Walton is 4-1, the only loss in the season opener against Mill Creek in the Corky Kell Classic. The Raiders, led by quarterback Jeremy Hecklinski, got past North Paulding 51-49 last week.

North Cobb has won the last two games in the series and won last year's game 51-29.

The GPB steaming game will feature Kennesaw Mountain at Osborne, another key game in Region 5.

Kennesaw Mountain is off to a 5-0 start. The Mustangs had last week off after beating South Cobb 60-6 on Sept. 23.

Osborne is 5-0. The Cardinals did not pay last week and are coming off a 38-14 win over Woodland of Cartersville.