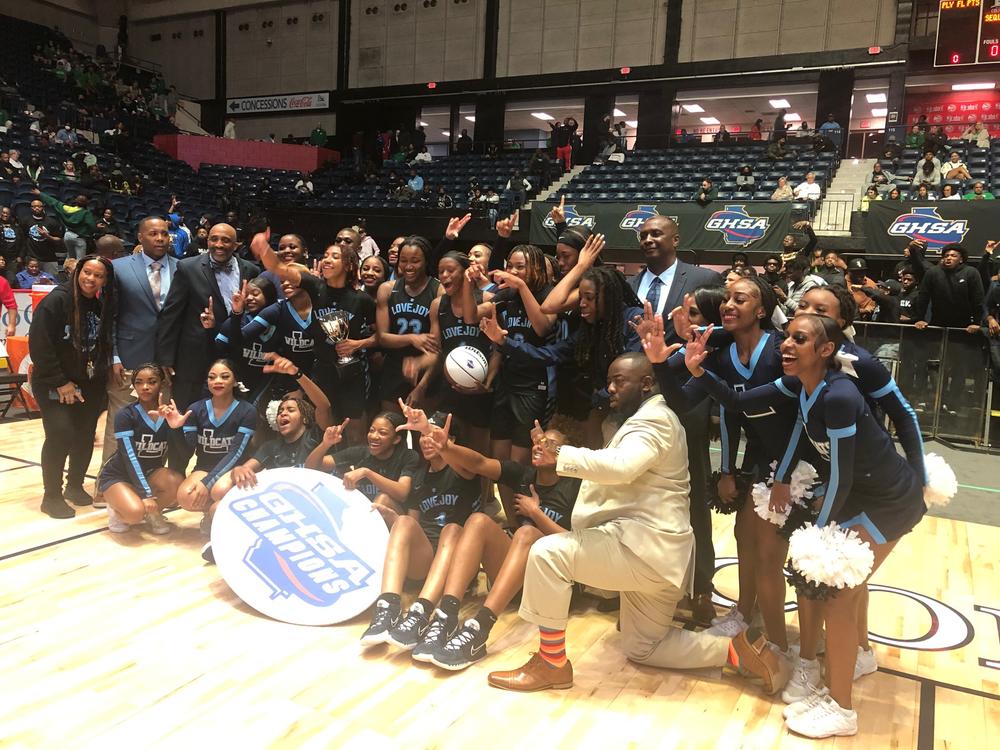 The Lovejoy girls won their second championship in school history.

Lovejoy jumped out to a 15-7 first-quarter lead and was never threatened, going on to win its second state championship. The Wildcats won its last title in 2018.

The Wildcats (28-3) had three girls in double figures: Layla Hood with 14 points and 16 rebounds, Bryanna Preston with 13 points, five assists and three steals, and Bryana Hardy with 11 points and 11 rebounds.

Sequoyah (24-8) was led by Susanna Rogers with 10 points and 12 rebounds and Elle Blatchford with eight points and five rebounds. 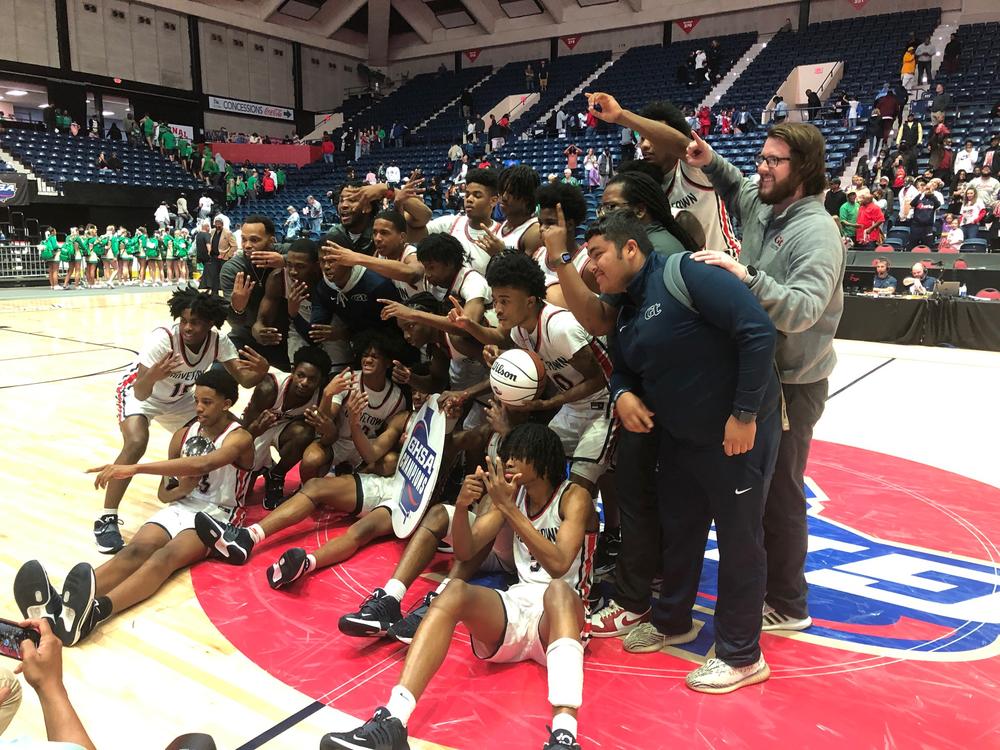 The Grovetown boys captured the 6A title, its first in school history.

Frankquon Sherman had 23 points and 13 rebounds to lead Grovetown to its first state championship.

But the key moment came with 14.1 seconds left when Jose Rodriguez, the only senior who played, made two free throws to put the game away. It was his only two

Grovetown (29-3) also got 11 points from Derrion Ross and eight points each from Markel Freeman and Malik Ferguson.

Buford (25-7) was led by Alan Sumler with 17 points, Malachi Brown with 15 points and four assists and London Williams with 11 points. 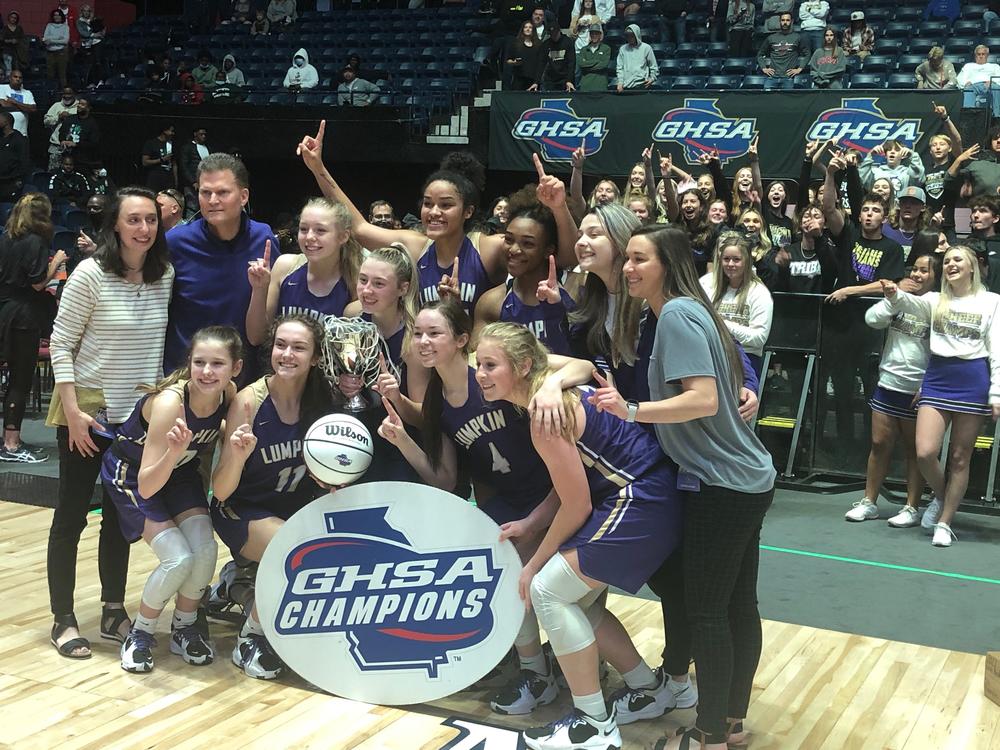 The Lumpkin County girls won their first state title, the Class 3A crown.

Kate Jackson scored on a layup with 47 seconds left to break a 47-47 tie and put Lumpkin County ahead to stay, giving the Indians their first state championship.

GAC led 40-32 going into the final quarter, but Lumpkin scored the first 12 points of the fourth quarter  and outscored the Spartans 19-7.

GAC (25-7) was led by Kaleigh Addie with 16 points, five rebounds and six steals, and Jaci Bolden with 13 points. 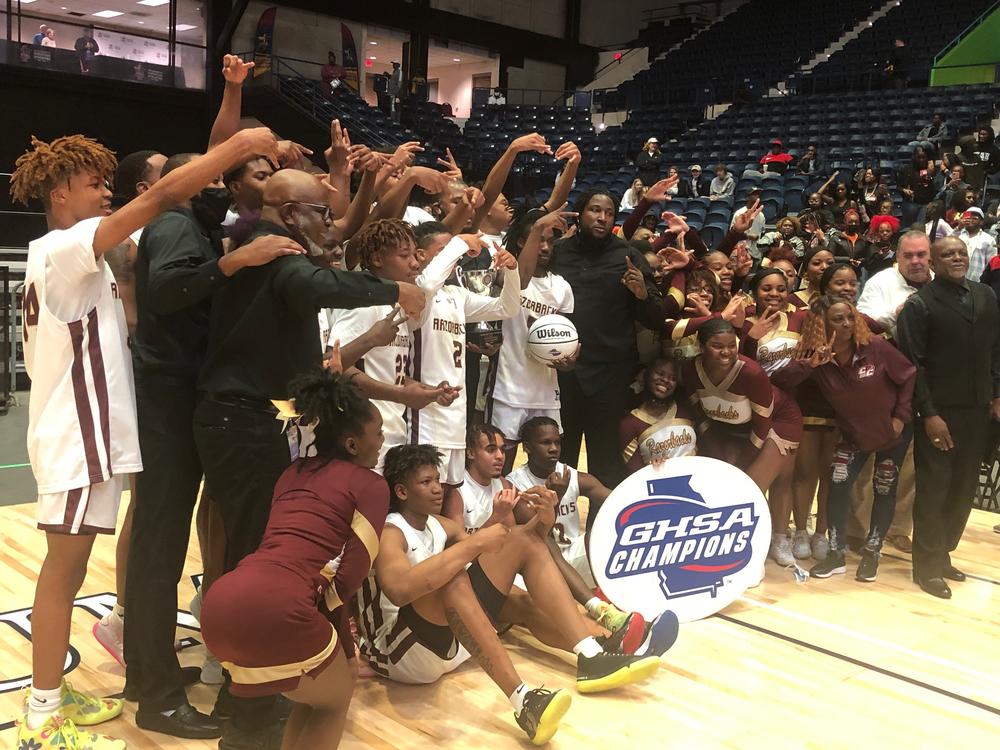 Ahmad Hunt scored 14 points to lead a balanced attack and help Cross Creek successfully defend their state championship. It was the third straight appearance in the final for the Razorbacs.