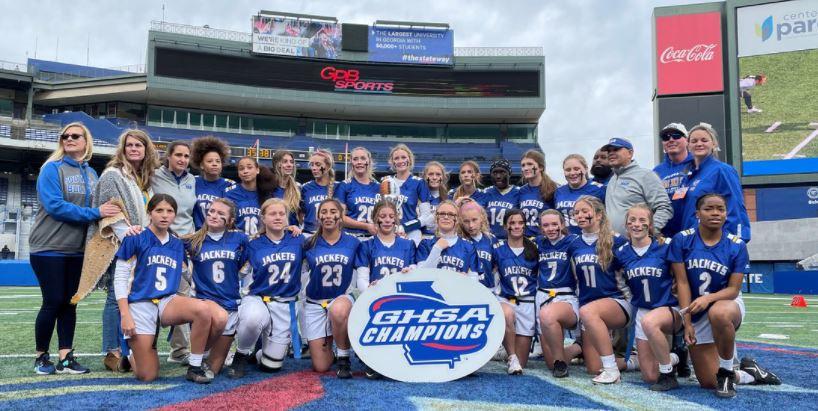 Division 1: Southeast Bulloch got a pair of touchdown passes from Ainsleigh Littles to Delanie Thames and rolled to a 20-0 win over Portal. Littles also ran for a touchdown. Southeast Bulloch's defense came away with four pass interceptions. Portal lost in the championship game for the second straight year.

Division 2: Dodge County’s Ileisha Mitchell scored in the third overtime to give the Indians a 6-0 win over Lithia Springs. Mitchell scored the game-winner on a 3-yard run.

Division 3: Lauren Render caught a touchdown pass and returned one of her two interceptions for touchdown to lift Hillgrove to a 20-6 win over Marietta. Render. Hillgrove also scored on Lacey Carder’s touchdown run late in the game. Marietta’s only touchdown was a pass from Claire Hennessey to Laila Perryman.