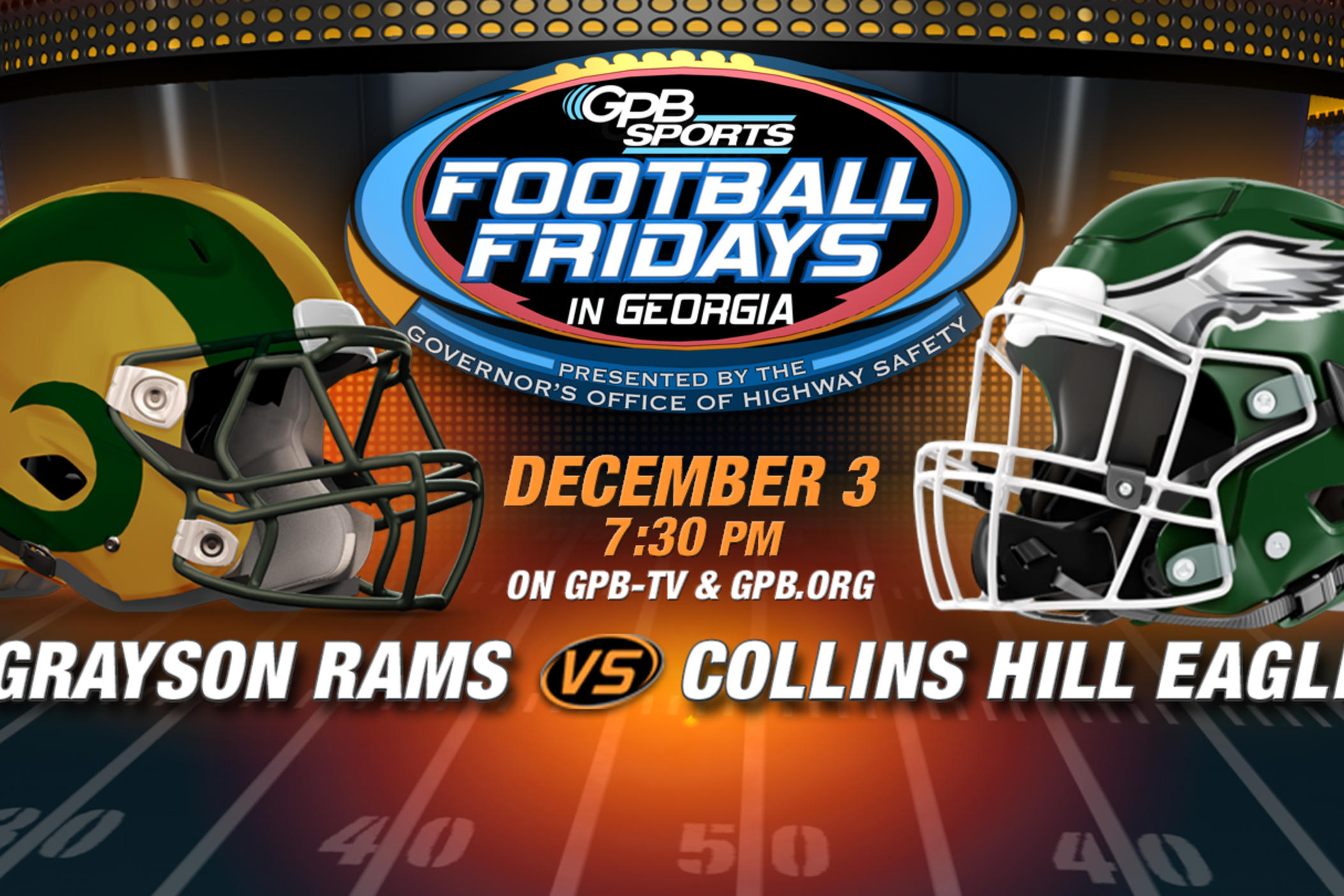 A rematch between last season’s Class 7A championship game is on the docket for this week’s broadcast of GPB’s Football Fridays in Georgia.

Grayson, which won it all a year ago, travels to No. 1-ranked Collins Hill in the semifinal game. The winner advances to the championship game to meet the winner of the Milton-Walton game on Dec. 11 at Georgia State’s Center Parc Stadium.

Grayson defeated Collins Hill 38-14 in the championship game in 2020. Grayson leads the series 6-2 and has won the last four meetings between the two clubs.

Collins Hill (13-0) won the Region 8 title for the second straight year. The Eagles have beaten Lambert, Pebblebrook and Lowndes in the playoffs.

Grayson (10-3) finished second in Region 4, but has rolled through the playoffs with wins over East Coweta, Denmark and Roswell.