The greatest semifinal in Georgia High School Football history will be played tonight on GPB. OK, I cannot possibly know that. But what I do know is never in GHSA history have two teams with a combined 36 state championships ever played. That is because until tonight the Valdosta Wildcats and Buford Wolves have never met, but that will change in the Class 6A semifinals at Tom Riden Stadium in Buford.

While Valdosta is the all-time winningest high school program in the country and have won a record 24 Georgia state championships, Buford has arguably been the best team in the state over the last 20 years.

Until the Wildcats won their 24th state title in 2016, the “Boys from Winnersville” had not won a state championship since 1998. But such is Valdosta’s past glory that just a mention of that program’s name still inspires awe and respect. Twenty of the Wildcats’ 24 state titles came under the direction of legendary coaches Wright Bazemore and Nick Hyder between 1951-1992.

Meantime the Wolves have been the Team of the 2000s. When Coach Bryant Appling led Buford to the 5A title last year with a dramatic 17-14 overtime win over Warner Robins, it snapped the Wolves championship drought at four years, the longest for the program since 2000.

It was not as if Buford had collapsed. The Wolves reached the state finals twice and had a semifinal and quarterfinal finish during that four-year dry spell. But since the program had won 10 championships in the previous 14 years, some folks wondered had the Buford dynasty waned?

The answer to that is “No!” Since Appling took over as head coach after over a decade as an assistant, the Wolves have won 25 of 27 games. After losing their season opener to 7A’s eighth-ranked North Cobb this season, Buford has won 11 straight and not one of those wins have been by less than four touchdowns.

At Valdosta, a surprising coaching change came during the spring. Despite leading the Wildcats to that state championship in 2016 and a 36-17 record over four seasons, Alan Rodemaker was fired in January in a move that stunned the state. Coach Rush Propst was hired in April and even now he admits the community is still split over what happened during the off-season.

But love him or hate him, there is little denying that Propst does know how to win. Playing a challenging schedule in which eight of the Wildcats 11 opponents were either ranked or had been at some point during the season, Valdosta finds itself just two wins away from its 25th state title and for Propst his eighth.

It is a very similar script that Rush navigated in his early seasons of success at rival Colquitt County. That is play a difficult regular season schedule … enter the playoffs with a not-so impressive record … and then knock-off opponents on the road. Valdosta did that last week with a 36-15 quarterfinal win at No. 9 Carrollton and they will try to do it against tonight at No. 2 Buford.

So, like I said, it is the greatest semifinal in Georgia history. And did I mention that the game will be loaded with college football prospects? That too. Here is a look at the players to keep your eyes on. 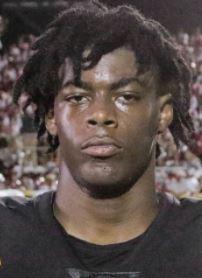 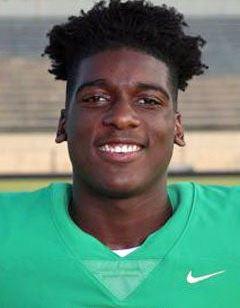 Also, do not forget our coverage starts tonight at 7 p.m. with “Recruiting 2020.” We will have a complete recap of National Signing Day in the state of Georgia, Hannah Goodin talks to Westlake star wide receiver Leo Blackburn, who is committed to Georgia, and then it is the Wildcats vs. Wolves at 7:30 p.m.