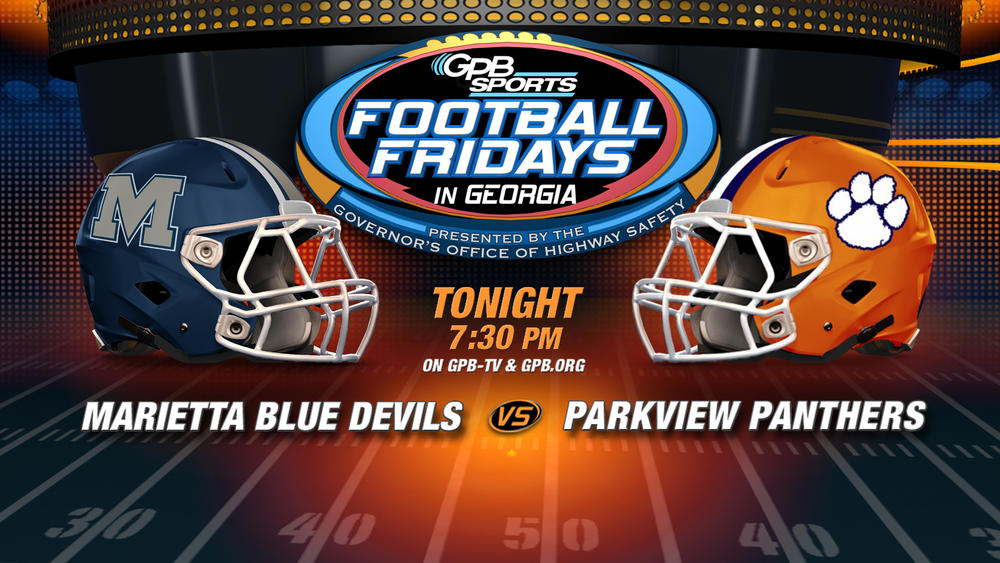 Quarterback Harrison Bailey completed 22 of 26 passes for 367 yards and five touchdowns and helped direct Marietta to a 42-31 win over Parkview in thee Class 7A semifinal game shown on GPB's Football Fridays in Georgia.

Bailey also caught a touchdown pass -- the first of his career -- as the Blue Devils continue the quest for their first state championship since 1967.

Parkview tailback Cody Brown rushed 26 times for 195 yards and two touchdown and Tyler Curtis rushed 10 time for 79 yards and one touchdown and caught a touchdown pass. Jordan Williams completed 8 of 17 passes for 121 yards, five of them to Jared Brown for 111 yards.