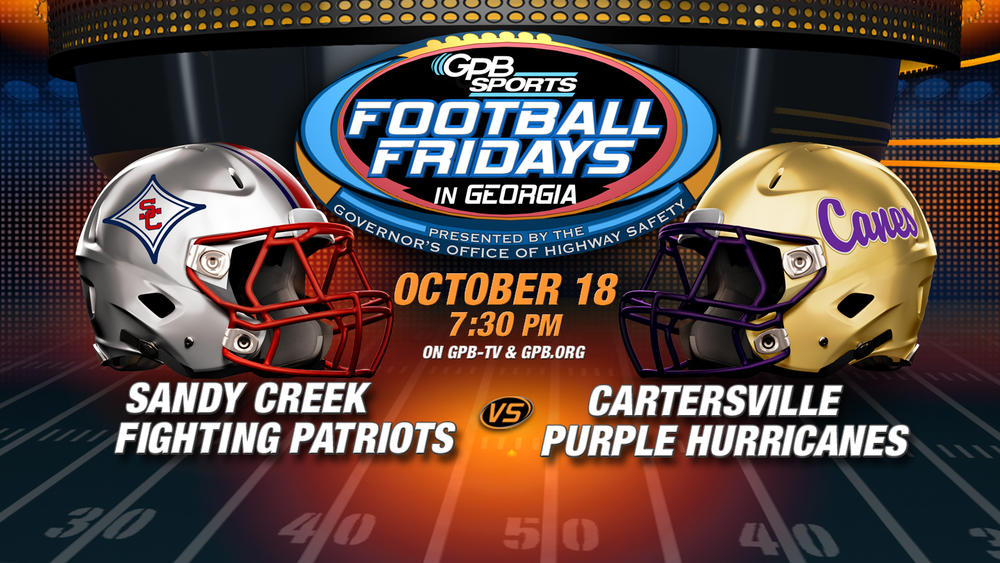 Two of the top teams in Class 4A will be spotlighted this week on GPB’s Football Fridays in Georgia when Sandy Creek travels to Cartersville. Kickoff on GPB will be 7:30 p.m.

Sandy Creek (6-0) has not been challenged all season. Coach Brett Garvin’s Patriots are coming off a 45-24 win over Chapel Hill. Two weeks ago, they destroyed state-ranked Troup 44-7.

Cartersville (6-0) bounced back from a close call two weeks ago – a two-point win over Central Carroll – to blast LaGrange 45-2 on Friday. The Purple Hurricanes, under first-year coach Conor Foster, have won seven consecutive region championships and won back-to-back titles in 2015-16.

Cartersville holds a 6-0 lead in the series. The Canes won 7-0 last year at Sandy Creek.