Stephenson-King To Meet On Football Fridays In Georgia 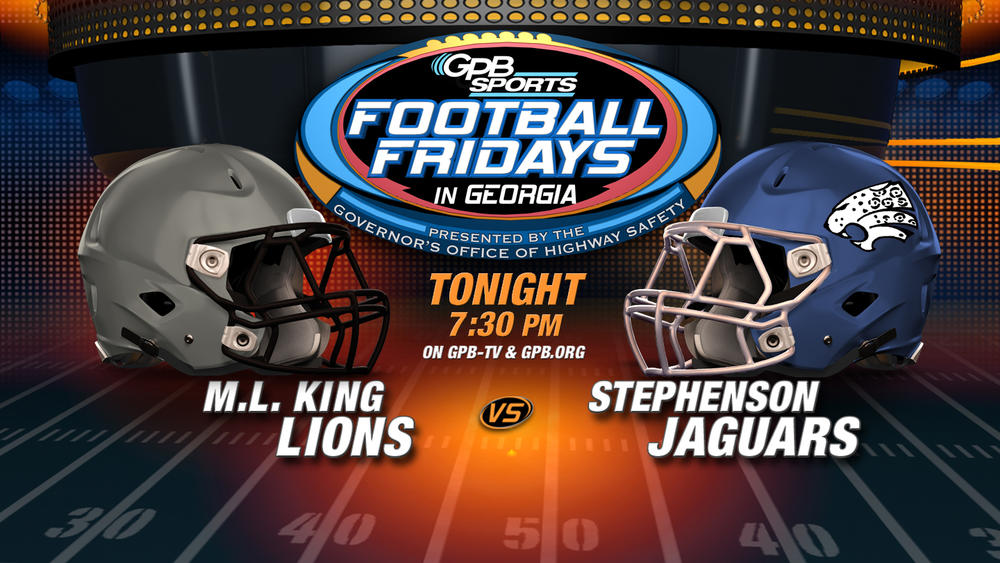 The annual rivalry game between Stephenson and M.L. King -- two of the top programs in DeKalb County -- will be highlighted this week on GPB’s Football Friday’s in Georgia.

Kickoff at Hallford Stadium will be 7:30 p.m. and will be the Region 4-6A opener for both teams.

Stephenson is 3-1 and ranked No. 9 in Class 6A. The Jaguars have beaten Columbia, Southwest DeKalb and Morrow. Their loss was a 14-9 upset to Mt. Zion-Jonesboro. Stephenson is coming off a bye week. Stephenson is coached Ron Gartrell, the Dean of DeKalb County coaches, who started the program and is 197-74 in 24 seasons.

King is 4-0 after defeating Mundy’s Mill 45-21 on Friday. The Lions have beaten Villa Rica, Arabia Mountain and Mount Zion-Jonesboro. King is coached by Deante Lamar, in his second season at the school. The Lions have recovered nicely from last year's 1-9 season.