Archer Has Holes, But Not At QB Or Receiver 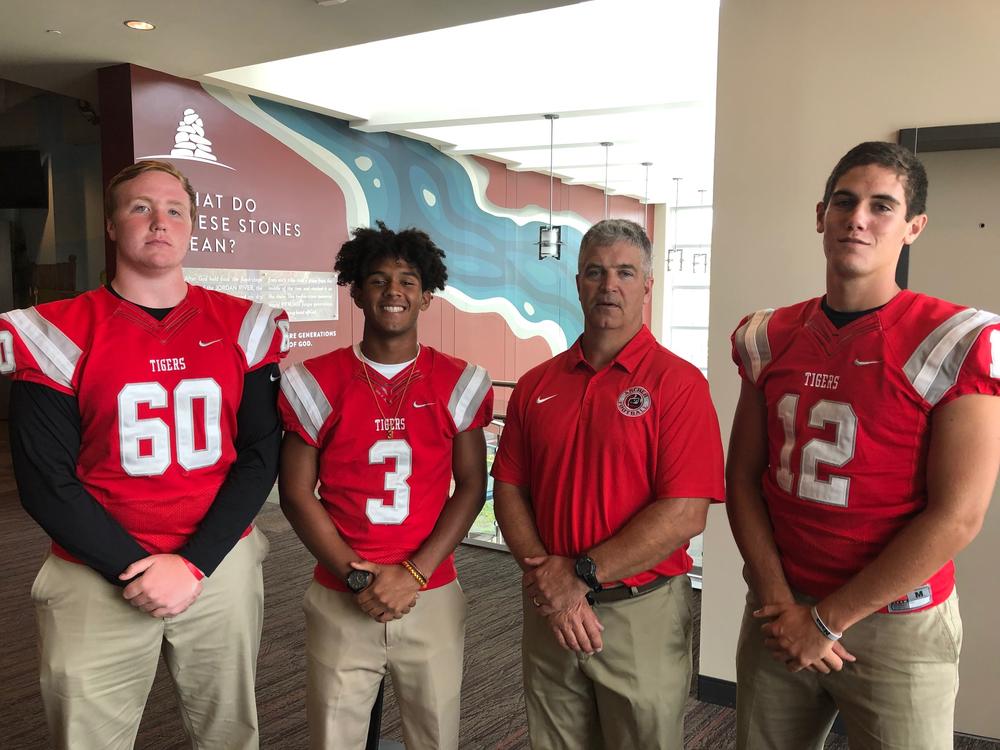 The connection between Archer quarterback Carter Peevy and wide receiver Trey Messer has lasted longer than a lot of marriages. They began playing together in the eighth grade and have been successfully playing pass-and-catch for the Tigers since they entered high school.

“It’s been many completions, a lot of yards,” Peevy said. “It’s been fun.”

Although both were quarterbacks during their youth league days, Messer was moved to wide receiver to take advantage of his speed and versatility. It’s been good for both players. Last season Peevy threw for 2,565 yards and 27 touchdowns and Messer caught 22 passes for 409 yards and four touchdowns. Messer’s numbers are likely to increase now that Braylen Weems (66 passes, 11 TDs) has graduated.

“We have the same mindset,” Messer said. “No matter what the coverage is, I understand what he’s doing and where he’s going to put it.”

The two veterans will be important to an offense that returns no starters in the backfield; Semaje Banks, who ran for 1,004 yards and 17 TDs, graduated. Jeremiah Cook (325) had the most rushing yards for a returning player.

The defense, which has produced some talented defensive linemen, has a pair of prospects in Jalen Mayala (6-6, 218) and Jaylen Brown (6-4, 235). Mayala is being recruited by the likes of Appalachian State, Coastal Carolina and East Carolina.

“We’ve got of a lot of new faces on defense and they’re going to have to play,” coach Andy Dyer said. “We’ve got to have guys grow up quick.”

In 11 seasons the Archer program has developed into one of the best in Gwinnett County. Since winning their first region title in 2013, the Tigers have added two more and have won at least 11 games in five of six seasons. Last year Archer was 11-3 and lost to Colquitt County by a point in the Class 7A semifinals.

“Each year is different than the year before,” Dyer said. “The key is to build your next team. Until you start getting into ball games, you don’t know. I’m excited to see what we can build. That’s a challenge and that’s the fun part of team sports.”