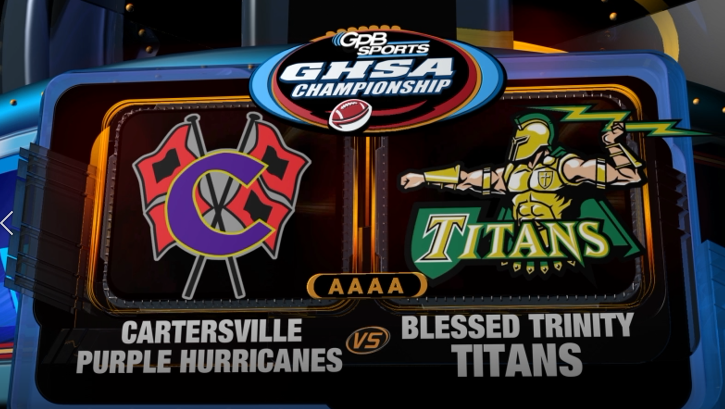 A fourth-quarter safety opened the door for  Blessed Trinity and the No. 1-ranked Titans knocked off No. 2 Cartersville 23-9 in the Class 4A champiionship game on Wednesday at Mercedes-Benz Stadium.

Blessed Trinity led 7-6 going into the fourth quarter and seized the momentum went a bad punt snap resulted in a safety. The Titans took the free kick and drove 60 yards for a touchdown, scoring on a 54-yard pass from Jake Smith to Ryan Davis.

Blessed Trinity (15-0) tacked on a 1-yard touchdown run by Smith to add some insurance.

Cartersville got 175 yards rushing on 26 carries from Marcus Gary. Quarterback Tee Webb completed 12 of 26 for 149 yards, but threw two interceptions.