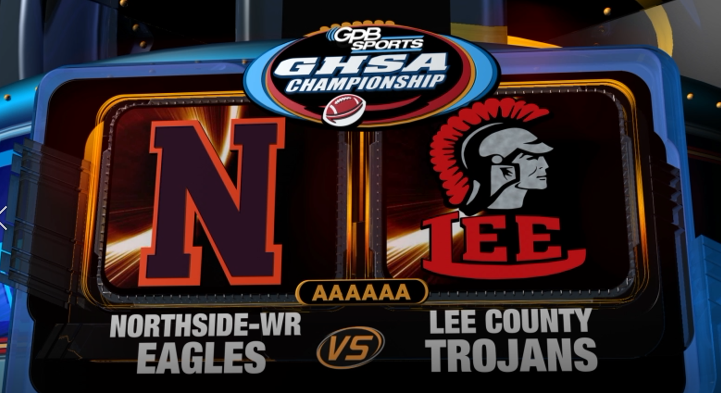 Shaun Kimbrough ran for two touchdowns and No. 1-ranked Lee County successfully defending its title with a 14-0 win over Northside Warner Robins on Tuesday at Mercedes-Benz Stadium.

Kimbrough scored on a 4-yard run in the first quarter and added a 2-yard touchdown run in the fourth quarter as the Trojans extended their winning streak to 21 games. Kimbrough rushed 16 times for a game-high 56 yards.

Lee County (15-0) recorded its sixth shutout of the season. Only two teams scored double-digits against the Trojans, who defeated Northside 24-7 during the regular season. Jammie Robinson had seven tackles and recovered a fumble and Deangelo Griffin had six tackles, 2.5 sacks and forced a fumble.

Lee County quarterback Kyle Toole completed 6 of 14 passes for 128 yards, but was sacked four times and intercepted once.

Northside (9-6) managed to rush for only 53 yards, with Jadin Daniels and Eric Smith each rushing for 22 yards. Daniels completed 9 of 19 passes for 111 yards. Daniel Neal caught four passes for 53 yards. The Eagles' defense got nine tackles and 1.5 sacks from Jaron McDaniels and six tackles and one sack from Deshaun Maine. Tubby McCall had an interception and seven tackles.