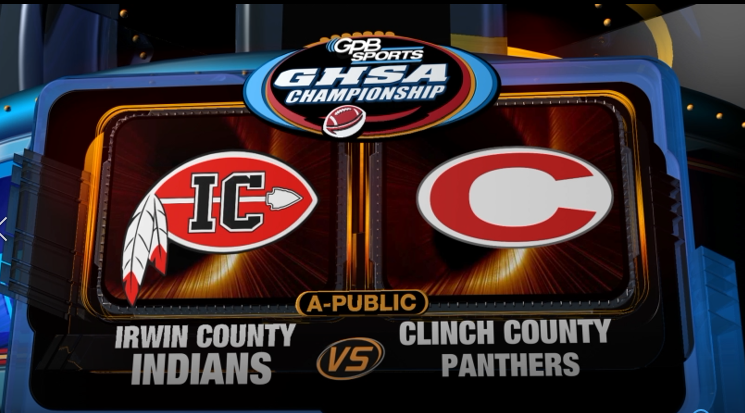 Quarterback Tyler Morehead threw for two touchdowns and rushed for another to lift Clinch County to a 27-20 win over Irwin County in the Class A Public championship on Tuesday, giving the Panthers their second straight title.

The victory avenged a 21-3 regular-season loss to Irwin and brought the Panthers their sixth state championship.

Morehead completed 4 of 6 passes for 121 yards and connected with Jeremiah Johnson for two scores in the fourth quarter -- a 20-yarder and a 59-yarder -- to take the lead the put the game away. Morehead carried 19 times for 68 yards and scored on a 48-yard run.

Irwin County (13-1) was led by quarterback Zach Smith, who completed 5 of 10 passes for 92 yards and two touchdowns, a 58-yarder to Jamorri Colson and a 15-yarder to Javon Stanley. The Indians also scored on a 10-yard run by Jamal Paulk, who rushed 11 times for 65 yards. Irwin's top rusher was D.J. Lundy, who gained 127 yards on 15 carries.

Trezman Marshall led the Clinch defense with five total tackles. Irwins defense was led by Davion Pollard, who had 6.5 tackles.