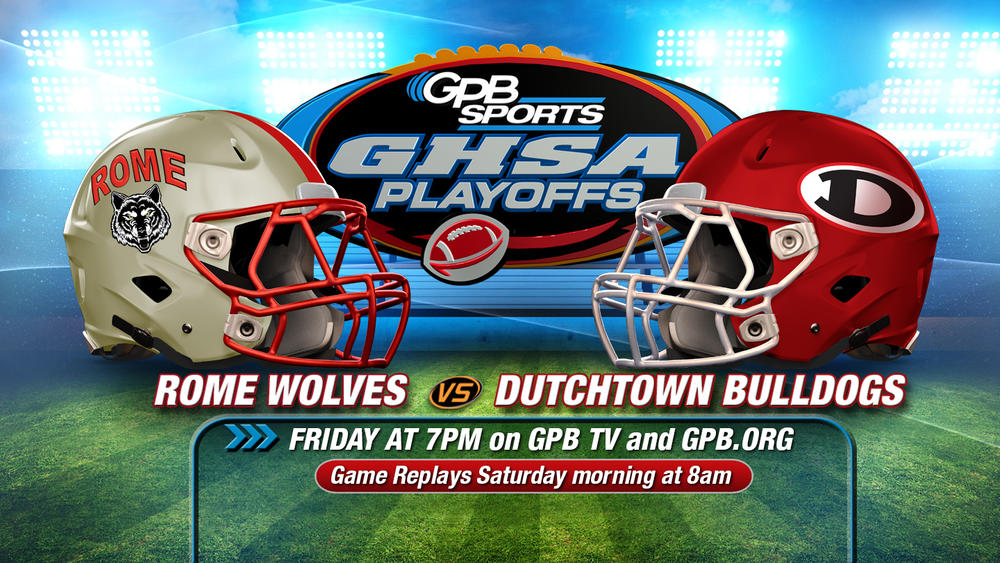 This week's GPB Football Fridays in Georgia features a pair of Class 5A giants:  No.1 Rome at No. 4 Dutchtown.

The broadcast will begin at 7 p.m. with the All-Access Pass, with kickoff scheduled for 7:30 p.m.

Dutchtown (12-0) won its region championship this year under second-year coach Clifford Fedd. The Bulldogs have a tenacious defense that has five shutouts and has allowed no more than 14 points in a game. Dutchtown defeated Griffin 28-7 in the second round of the playoffs.

Rome (12-0) brings a 39-game winning streak into the game. The Wolves have won the last two state championships under coach John Reid. The Wolves defeated Cedar Shoals 35-3 in the second round and have scored 628 points, 52.3 points per game. Rome is led by all-state running back Jamious Griffin (N.C. State commitment) and four-year starting quarterback Knox Kadum.