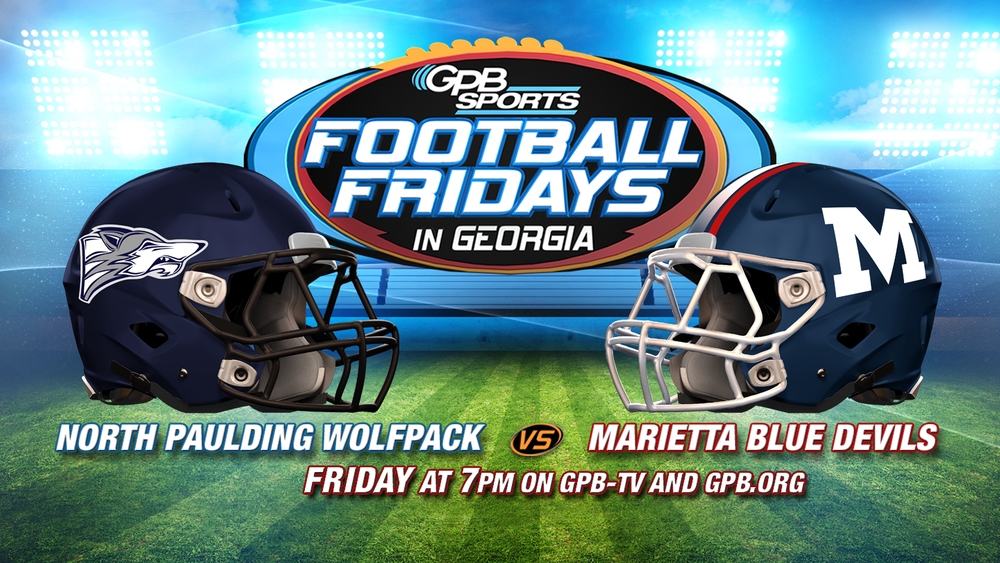 GPB Game of the Week

Join the GPB team for the Football Fridays in Georgia broadcast, which features a Region 3-7A game between Marietta and North Paulding.

Here’s a look at both teams that will be featured this week.

Last week: Did not play

Last week: Did not play.

Best players: QB Ross Malmgren has thrown for 1,272 yards and 16 TDs; he threw for 2,500 yards in 2017. Top receivers are Ryker Brown, Luke Dabbelt and Jarod Ray. LB Jordan Veneziale returns to lead the defense; he leads the team in tackles with 56 and has caused two fumbles.