Tigers Back On The Prowl! 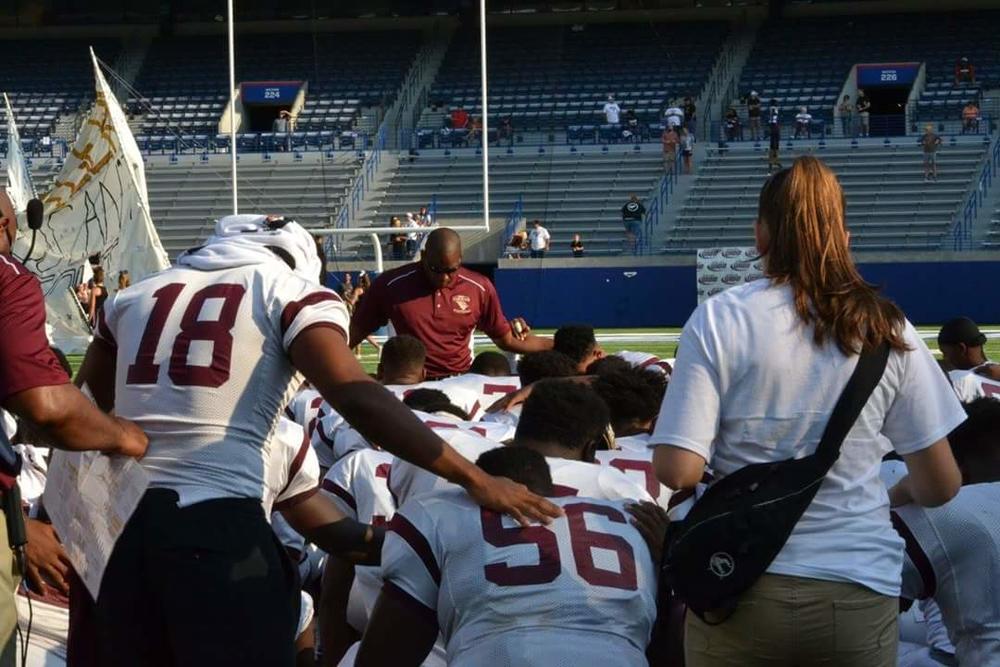 Heading into the 2017 post season, the Tucker Tigers of coach Bryan Lamar are once again one of the top ranked teams in class 6A and one of the favorites to make it to the state championship game at the Mercedes Benz Stadium. The Tigers are 9-1, having defeated every 6A team they have taken on, the only loss coming on the road at Class 7A Colquitt County, 35-21.

The Tigers got all the way to the Class 6A state title game last year before losing to another southern power house, the Valdosta Wildcat’s 17-7.  The loss has motivated this year’s team.

“Losing in last year’s championship game has left a bad taste in all of our mouths. We are here to win a championship and that loss has motived this group to commit themselves to the hard work necessary to get back to the title game,” says Coach Bryan Lamar.

The Tigers have been ranked number one in class 6A almost all season long. And this Tucker Tiger team is a lot like the talented Tiger teams that have preceded it. “We try and build our teams the same way every year.  We want to have a fast, hard hitting, turn over making defense that gets after people. We want to establish a solid ground game.  And we want to incorporate into all that a solid passing game,” says the Coach.

So far, this year mission accomplished. The Tigers are averaging 271 yards on the ground each game while passing for 130 yards a game.The Tigers have one of the top wide receivers in the state in Josh Vann who has 42 catches for 758 yards and 13 touchdowns. He is a big play guy who will play next year at South Carolina. Taurean Taylor is leading the ground attack rushing for 810 yards on just 73 carries and scoring 13 touchdowns.

At the controls as quarterback is Travon Ford. “Travon is really doing well in his first year as our starting quarterback. He is very cool and calm under pressure. He just doesn’t get frazzled. He is throwing the ball well for us and he can also improvise and pick up big yardage when he runs.”

The Tigers offense has been potent totaling 442 points and averaging over 44 points a game. The Tigers kicked off the year with an exciting 28-27 overtime win over Kell High School as the Tigers rolled to that 9-1 record.

The Tigers have 5 starters returning on offense, and 8 guys coming back on defense. That defense has been very stingy giving up just 100 points in 10 games and throwing 4 shutouts along the way. The Tigers wrapped up the regular season with a solid 38-0 win over one of the Tigers big rivals, the Stephenson Jaguars. As many as six defensive starters could be playing division one football down the line. 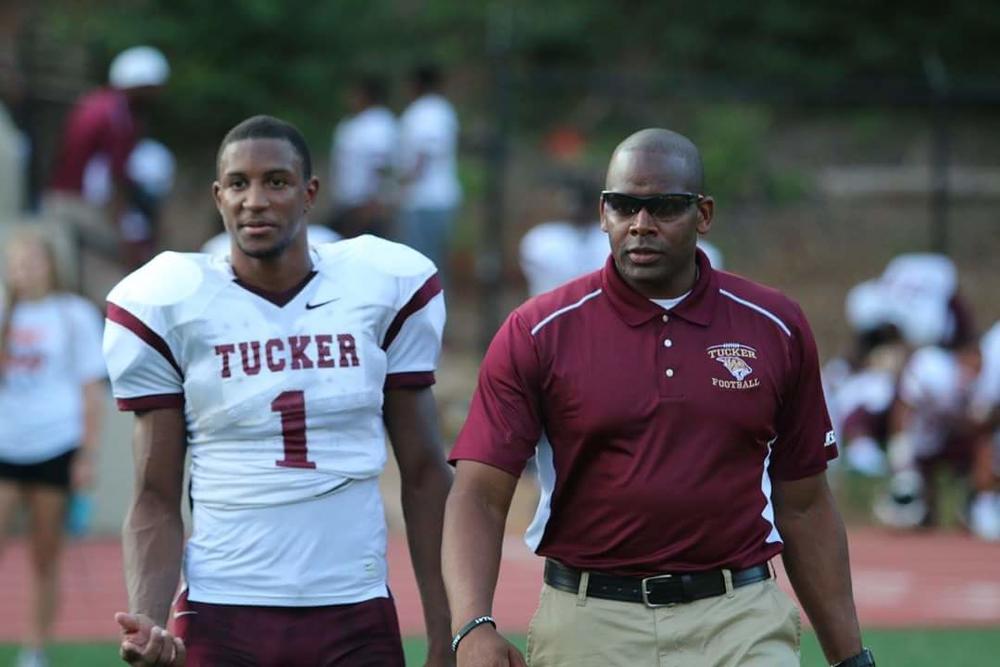 Coach Lamar has taken his Tigers to the title games in 2013 and in 2016.  The goals are always set high at Tucker High.  “Each year we have 3 goals:  win the first game, win the region, and win a state title.” The Tigers have taken care of goal number one, and goal number two…and as we kick off the road to the Dome this weekend, the final goal is within reach for the Purple and Gold.