My Annual Pitch to Revamp the GHSA Playoffs 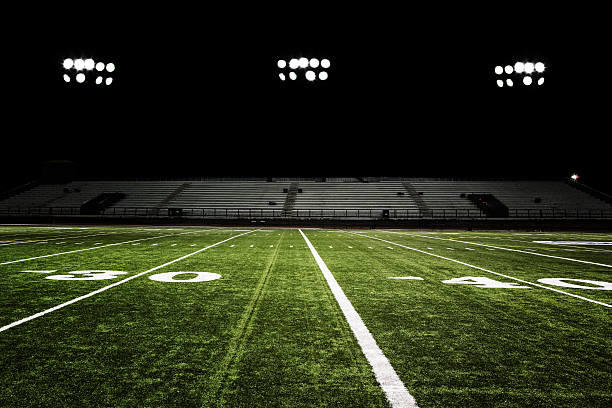 We are just a week away from the start of the GHSA Playoffs. Wow! I love it! So much fun, but there is something that has always bothered me about the playoffs in Georgia and that is the predetermined draw and its impact on the competitiveness of this beautiful five-week tournament.

So that brings me to what I call “The Matt Stewart Plan.” Original right? My playoff format will maintain the integrity and importance of the regular season and region standings while also rewarding teams based on the strengths of their seasons. My playoff format would seed teams 1-32 in Classes 2A through 7A.

My plan would use a system based on the Max Prep Rankings or something similar but if you have a better ranking system I’m willing to listen. Before you say “that would never work,” recognize that the GHSA has already established a precedent in Class A by using a power rankings to seed the 24 teams that make the playoffs in the public and private divisions.

From there you would simply create a bracket starting with Team 1 vs 32, 2 vs 31 and so on and so on. Another great benefit of seeding all 32 teams is we do away with the dreaded coin flips that begin in the quarterfinals that determine home field advantage. While I’m sure there would be plenty debate about the seeding of a particular team, I’d much rather have a playoff home field advantage decided by a power ranking (even if it’s controversial) than the flip of a coin.

While we still have one week left in the regular season, as we project ahead and look at the brackets I already see some big problems ahead that would be eliminated by seeding the teams.

For instance in 7A there are two possible second round match-ups on the horizon that would not be happening if we used my plan to seed the teams:  Colquitt County at Walton and Grayson at North Gwinnett. Those are four of the top eight ranked teams in the state that could conceivably be meeting in the second round. Those are not second round match-ups. And while you could feed me the coach-speak line and say “well you just have to play the team in front of you,” the problem with that is when you have two match-ups like that, two teams worthy of a deeper run get eliminated, meaning two teams maybe not so worthy do advance elsewhere because they benefitted from an easier, predetermined draw.  All this has a domino effect leading to less competitive match-ups deeper in the playoffs when match-ups should be more competitive, not less competitive, with each passing week.

There are two more scenarios that I will use to support my plan. Projecting ahead in 5A, the three top-ranked teams in the state Rome, Buford and Stockbridge are on the same side of the predetermined bracket. One will be eliminated in the quarters and another in the semis.  Same thing could happen in 2A where three of the top four-ranked teams are on the same side of the bracket: Benedictine, Hapeville Charter and Thomasville.  Making matters worse, #1 Benedictine and #2 Hapeville would meet in the quarters.  It makes no sense and it’s easily avoided by simply seeding the teams.

Seeding teams is tough. It’s controversial. There will be hurt and angry feelings but I think it’s the best way to make sure we get the two best teams in the finals, the four best in the semis and the eight best in the quarters. After all that’s what the playoffs should be about.  The best playing the best and with the current system, we don’t always get that.