North Cobb at McEachern on GPB! Things Get Serious! 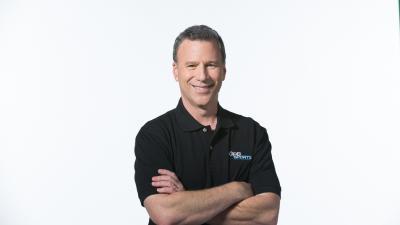 The calendar has flipped to October and the Road to the Georgia Dome is no longer a quiet city street or country road. We’re on the interstate now! Unlike years past for most programs, the first half of the season has been devoted to non-region play because of GHSA reclassification. Regions are smaller than they used to be. Prior to this season most teams would have only two or three non-region games but now it’s more like five. That means when #9 North Cobb plays at #4 McEachern Friday night on GPB, it will be the start of Region 3-AAAAAAA play for both teams. Do the math, fewer region games means each one is more important than ever before.

This will be the 49th all-time meeting between these two long-time Cobb County rivals. Although North Cobb still leads the overall series, McEachern has been the stronger program for most of the last 30 years and have won six of the last seven in the series including a 35-0 win last year on GPB. It would be inaccurate to say that the winner of this game will be the region champion but it’s probably not a stretch to say that the loser of this game will NOT win the region title. The Warriors have won two region titles since 1979 and both times they beat McEachern during the regular season. The Indians have won 16 region titles, including last year, and are hoping that this may be the season they shed the distinction of being the program with the most region championships without having ever won a state title.

The Indians have been a puzzle. They’ve won three straight since a 16-13 loss vs. Grayson a month ago. The offense had big games in wins vs Archer, Jonesboro and Camden County. But the Indians also failed to score an offensive touchdown in their loss to Grayson and 6-2 win at Westlake. So the jury is still out on this team’s offense despite the fact McEachern is led by ESPN 4-star quarterback Bailey Hockman who is committed to Florida State and rated as the #12 pocket passer signal caller in the nation. He is the son of head coach Kyle Hockman and this time last year was committed to Georgia. No doubt the Indians offense took a major hit when ESPN 4-star WR Tyler Smith, who is committed to North Carolina, suffered a season-ending knee injury for the second consecutive year.

Defensive is another story. The Indians have allowed only 35 points in their 4-1 season start. Defensive ends Justin Coleman and Michael Fairbanks have combined for seven of the team’s 14 sacks, middle linebacker Quinton Hayes is averaging over 11 tackles per game and the secondary is led by CB Jaytlin Askew and Rover C.J. Miller. Askew is an ESPN 4-star and #32 rated cornerback who is committed to Georgia Tech. Miller is an ESPN 4-star and #25 rated safety who is committed to Southern Cal.

North Cobb is also 4-1 with a loss to AAAAAA #8 Harrison and quality wins vs Etowah and at East Coweta. The biggest recruiting prospect for the Warriors is linebacker Chandler Wooten who is an ESPN 4-star and #13 ranked OLB, committed to Auburn. The offense is led by quarterback Will Lovett who is committed to Troy. RB C.J. Cole leads the team with 432 yards rushing and WR Drew Tejchman is a “Mr. Everything” on both sides of the ball and special teams. Tejchman has 10 college offers including App State, the GSUs (Georgia Southern and Georgia State) and Troy.

October is one of the greatest sports months of the year. College Football, NFL, Major League Playoffs and now here in Georgia…the start of Region play! Celebrate the first Friday of October with us on GPB as North Cobb plays at McEachern starting at 7:00 p.m. Things get serious! Serious fun!