A Voice Worth Hearing 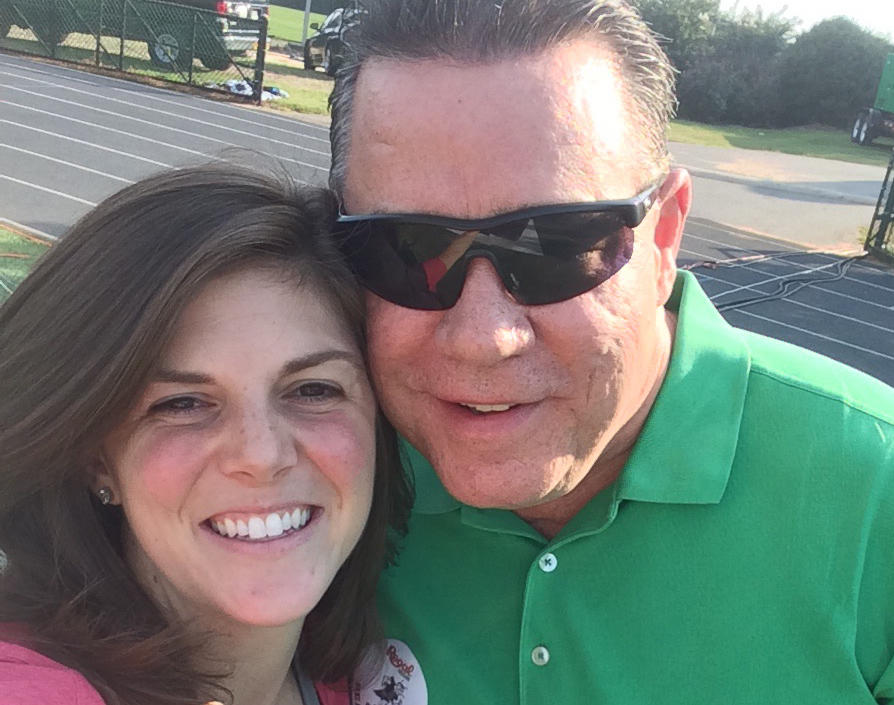 I’d heard Dave Burnett’s voice many times over the loud speakers at Ray Manus Stadium at Roswell High School. My very first season at GPB was right out of college, in 2011. Little did I know that five years later, I would actually meet Dave.

Dave is one of those guys you meet that when you talk to him, it’s like you’ve known him your whole life. I wanted to do a story on “the Roswell ‘First and 10… Hornets!’ guy,” I told my producer, Keocia Howard. That’s all I knew about him at the time. He was the “first and 10 Hornets!” guy.

When we arranged for the interview to take place on Labor Day, I went into the day thinking it would be a fun little story on the man in the press box who simply loves football and loves his Hornets. Little did I know that the story would take a totally different turn. As I got to know him and interview him, I learned that there’s a whole lot more to his story than being an announcer, a teacher, a former AD, a husband and a father.

And that’s why I wanted to share this with you today. Please take a moment to watch this, and meet Dave. Through his story, I hope you’re inspired.

I know many people who love football, and I know many people who despise football. Many fear the injuries that come with playing such a physical game. That’s fair. I can understand that. But I think every day that I get into my car, I’m playing a dangerous game on I-75, too. You’ll learn here that football is family for many people. It is for Dave.

Football can be mean. It can hurt and it can push you to your limits. But it can also build you. It can build young men into great men. It can help set the tone for who you’ll be in your life. It can challenge you in ways you never imagined. That was the case for Sabrina Siebel last year, a female kicker at Dacula High School last year. Football can unite us too. It isn’t always scary. And that’s why I think you should meet my friend, Dave. Take a look…