Colquitt County at Roswell on GPB! Is it Rivalry or Rematch? 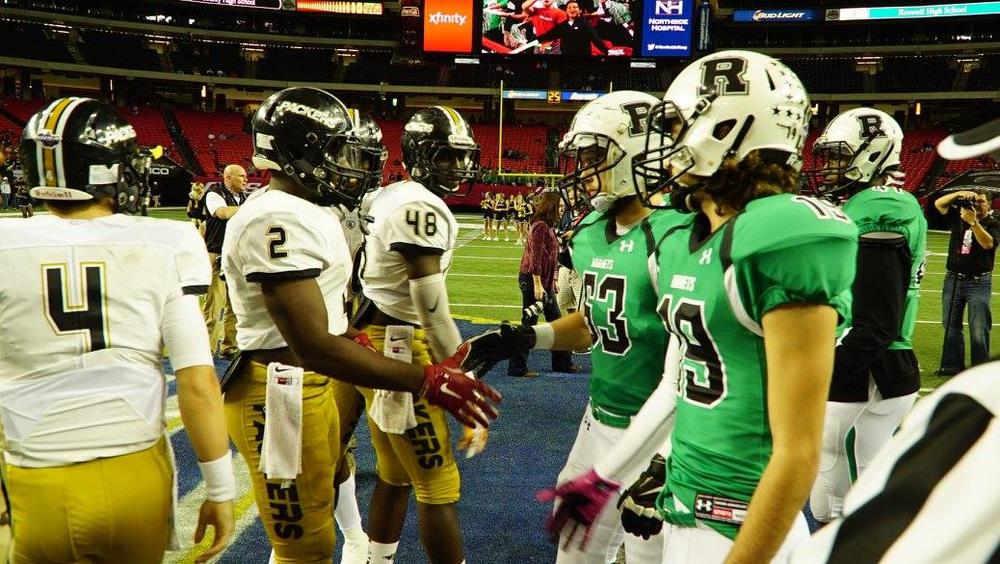 It’ll be the second all-time meeting and what a rivalry it’s become! Wait? What? I know rivalries are usually borne out of years of competition between two teams that are relative neighbors on the map. But not always.

Roswell and Colquitt County High Schools are 230 miles apart. But it’s that one all-time meeting that makes this a rivalry. At least a rivalry this Friday night on GPB. Last December 12th, Colquitt County defeated Roswell 30-13 to win the GHSA AAAAAA State Championship. Now nearly 10 months later they will meet at Roswell’s Ray Manus Stadium in the rematch.

Honestly it isn’t really a rematch. Because even if Hornets beat the Packers Friday night, it won’t erase Colquitt County’s 2015 state championship. It won’t erase the fact that the team from Moultrie ended Roswell’s 2015 perfect season with a loss as the Hornets finished 14-1. But one thing for sure, the emotion and the intensity on Friday night will sure feel like a rematch and a rivalry game…even if it really isn’t one.

The Hornets have picked up right where they left off last season. Roswell is 2-0 with impressive wins over (5A #1) Buford and Central Gwinnett and the Hornets are ranked #1 in the GPB AAAAAAA Top-10. Roswell is loaded with future college football talent led by ESPN 4-star and the ninth-ranked safety in the nation Xavier McKinney. He was once committed to Alabama but decommitted but still has an offer from the Crimson Tide, along with Georgia, Clemson and many others. He is one of three Division-One prospects in the Roswell secondary!

Meantime the Packers have started 0-3. Sounds bad but not nearly as bad as it looks with losses to (7A #2) Mill Creek, Florida’s nationally-ranked American Heritage and (6A #8) Tucker. All three touchdowns have come by a touchdown or less and the last two were games Colquitt County certainly could have, and maybe should have won, but didn’t. Prior to this three-game season-opening losing streak, the Packers had won 30 straight. But fear not Packers fans. Remember in 2010, when your team lost their first three games and still made it to the state championship game (losing to Brookwood). That was the first of the three times Coach Rush Propst led the Packers to the championship game in his seven seasons.

So what’s happened to the Packers? They’re rebuilding. Colquitt returns only five starters from last year’s state champion. Propst says those are the only five guys on his team that have ever really played in a big game. “We’re taking baby steps right now,” said Propst. But if that’s the case, I wouldn’t count out the Packers just yet. Even if they lose to Roswell Friday night. Nonetheless, Propst has found himself “preaching patience” to those Colquitt County fans who’ve grown accustomed to winning big.

At Roswell, Coach John Ford has done a phenomenal job of turning around a program that was 0-10 the season before he took over. After going 4-6 in his first season, Ford’s Hornets are 24-5 since. When we talked to him this week, he was in downplay mode. “We’re just trying to be the best version of ourselves. We try to keep blinders on and ignore the noise. Don’t let Coach Propst poor mouth you, he’s got a good team.” So yeah, it’s just another game right? Not hardly! We look forward to opening our GPB “Football Fridays in Georgia” game schedule at 7:00 p.m. Make your plans to join us.

Here’s a look at all the top prospects that you’ll want to keep your eyes on: