The Rematch of the Century 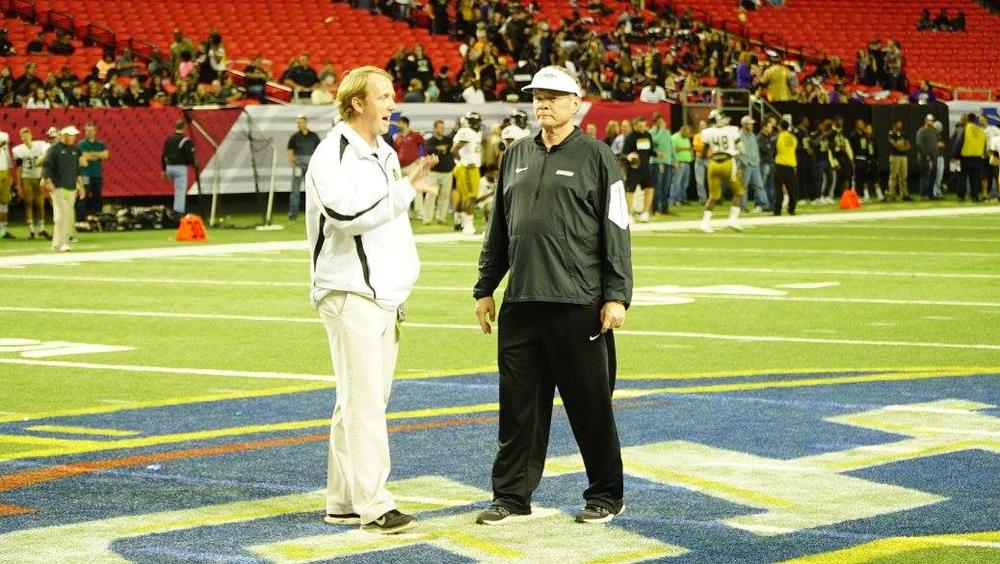 Football Fridays in Georgia on GPB returns to the gridiron this week with a tremendous matchup as the top ranked and undefeated Roswell Hornets take on the two time defending champion Packers of Colquitt County. This one is a rematch of last year’s 6A GHSA championship game which the Packers won to run their winning streak to 30 games and clinch back to back state titles. GPB Sports is ready to roll as we kick off our season with a Daytona 500 type beginning with these two top teams colliding for the second time in 9 months. Veteran announcers Matt Stewart and Larry Smith will call the game for us with the intrepid Jon Nelson patrolling the sidelines for stories, scoops, and injury updates. At 7pm Jackie Brittain and I will host the All Access Pass pregame show and this one is chalk full of fun, features, and football. Matt will be along to delve into the world of high school recruiting and let us know what big time programs are after Georgia’s big time talent. Jon will be along with his trademark segment, Jon’s Georgia, headlining with a football fact that has happened for the first time since 1953. You will have to listen to Jon to find out what that is. I will interview Roswell coach John Ford of the top ranked Hornets and also team up with the Department of Highway Safety with a message on the hazards of distracted driving. Jackie Brittain has a great story about long time Roswell High School public address announcer Dave Burnett and his passion for the Hornets program and how every game brings back a bittersweet moment. It is a terrific tale of football, family, and faith. And then around 7:30 it will be time to kick off the season on the gridiron. GPB Sports has a great schedule of games this season and it all begins this Friday, as Football Fridays in Georgia begins its sixth season of great high school football action. It is once again time to go under those Friday night lights, Only on the great, GPB!!!