Year Of The Quarterbacks: Addison Shoup 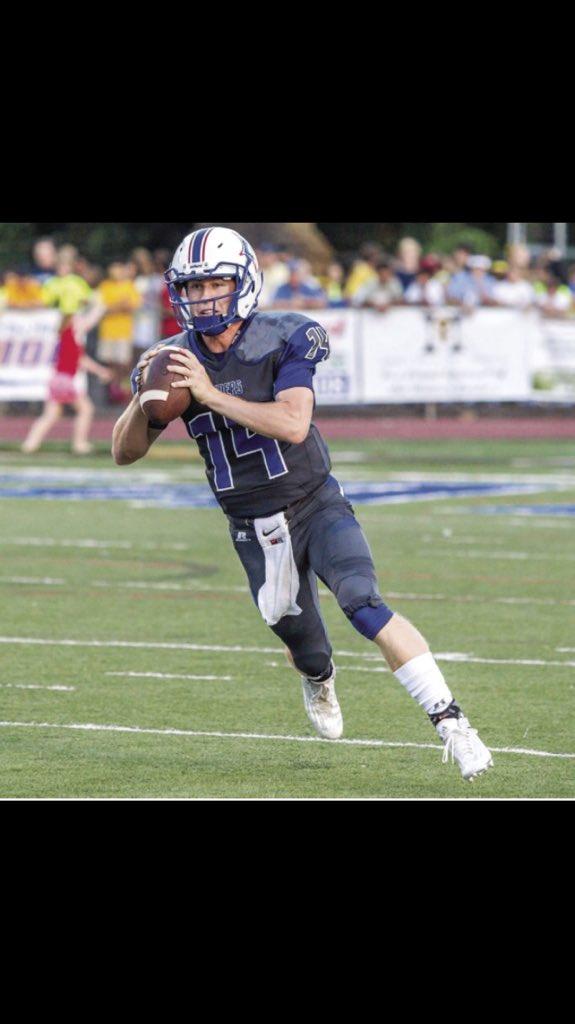 Mo Dixon is heading into his third season as head coach of The Walton Raiders. They went 9-2 last season after a dismal 2-8 in 2014. They have quarterback Addison Shoup on their side, who many believe is one of the best quarterbacks in the state.

He’s a pro-style quarterback and is going into his senior year with the Raiders. Walton primarily runs the spread offense because… I mean, why wouldn’t you when you have one of the best passers in the state of Georgia?

While watching him play, it’s easy to become mesmerized by his passing abilities, and the way he reads the field and always seems to be one step ahead of the defense. Although, you should never overlook the fact that if he has to, he can pull the ball in and run with it. He’s sneaky, and he can shake tackles with ease.

“I think what I like about the way I play is that if it’s a pass play and the first three reads aren’t open, then I have the ability to take off and make the play with my legs,” Shoup says about his game.

But don’t interpret that to mean he’s the next Cam Newton, “if I have the time to sit back there and throw it, then I’ll definitely take advantage of that,” he adds.

The best part of his game though, isn’t about his athletic ability. Rather, it’s his intellect when it comes to making good decisions and being able to make plays. Shoup recalls the game against Etowah (which aired on GPB and you can re-watch it HERE.

“I think we really set the tone,” Shoup says of that game. Walton scored on the first play, just seconds into the game and attributes that scoring drive to creating the momentum they carried throughout the night. Coming into that matchup, Walton was ranked 9th, while the Etowah Eagles were ranked 6th. Walton won 35-10.

With that early on lead, the Raiders took control of the game as Shoup connected with then-freshman wide receiver Dominick Blaylock for an 83-yard touchdown pass. If you look at the play again, Shoup had a defender in his face and made an excellent throw on his heels, getting the ball out just in time for Blaylock to haul it in and sprint down field for the touchdown.

Speaking of Blaylock, I asked Shoup what it’s like to have a player of his magnitude catching his passes: “we have a great relationship. There’s a trust between us that we’re going to make plays,” Shoup said of the now-sophomore wide receiver, who has already gotten the attention of SEC coaches.

“We’ve been playing together since we were 8 or 9 years old,” Shoup adds. Both of them relocated before ending up playing together as high school athletes at Walton. He’s “fun to throw the ball to, for sure,” he says of Blaylock.

As the Raiders get ready for next season, Shoup says that one part of his game that he wants to work on is getting more comfortable calling plays. For example, if Coach Dixon calls one play in the huddle and once they line up, if the original play call doesn’t work against the defense, he needs to make that adjustment on the fly. He’s looking to strengthen that part of his game this season.

Shoup says he wants to play college ball. Right now he has offers from schools like Colgate University, Tennessee Tech, and Gardener-Webb, but mentions that he’s been talking to Western Kentucky a lot and really likes their program.

As he enters his senior year, I asked him; what’s the biggest thing football has taught you?

It’s going to take that leadership to get the Raiders where they want to be next season. They have a tough schedule to start, but Shoup says that playing against tougher competition is only going to help them become a tougher team themselves.

Ready or not... football’s coming! We got you covered @GPBsports!