The Breakdown: Eagles At Hawks In Region 7-6A Clash 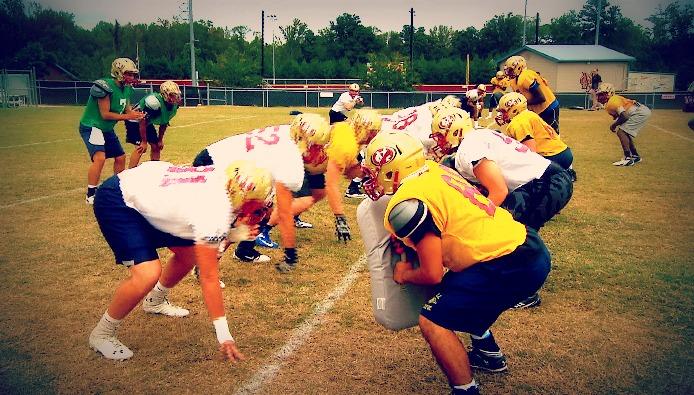 A Region 7-AAAAAA battle with huge state playoff implications takes center stage on this week’s Football Fridays in Georgia on GPB as the Collins Hills Eagles play at the Mill Creek Hawks. Both the Eagles and the Hawks are in a four-way tie for second in the region at 3-1 with three weeks to play. Only three of those four teams will qualify for the state playoffs.

Collins Hill enters Friday night’s game 5-2 overall and riding a three-game winning streak following a bye week this past Friday night. The Eagles have won their last three games by a combined 99-19. Mill Creek is 4-3 overall and have won two straight by a combined 118-14. This will be the 9th all-time meeting between the two Gwinnett County rivals. The Eagles lead the series 6-2 and were 45-34 winners last season.

Recruiting players to watch for Collins Hill: Senior 3-star DT Miles Fox who is committed to Old Dominion and junior 3-star DE Tomon Fox who’s 13 offers include Georgia Tech, Miami, Mizzou and Tennessee. Tomon is rated the #28 DE in the Class of 2016 by the 247 Sports Composite rankings. Despite the same last name and playing on the same defensive line, the two Foxes are not related.

Under fifth-year Head Coach Kevin Reach, Collins Hill is the defending region champion in 7-AAAAAA and reached the state quarterfinals in 2013 with an 11-2 record. The Eagles have qualified for the state playoffs in all four seasons under Reach including the state semi-finals (10-4) in his first season at the Suwanee school in 2010. It was the second time in the school’s 20-year football history they had gotten to within one win of the state finals.

Shannon Jarvis is the only head coach in Mill Creek’s 11-year football history and have reached the state playoffs in three of the first 10 seasons. Twice, Jarvis has guided to the quarterfinals (2010, ’12).

It will be another great GPB Football Friday in Georgia live from Mill Creek Community Stadium in Hoschton. It all starts at 7:00 p.m. with our GPB All Access Pass show hosted by Mark Harmon and Claire Simms and then join me, former Atlanta Falcons star DE Chuck Smith, Jon Nelson and Grace Olson on the game call starting at 7:30 pm. It’ll be fun. Be sure to tune in.