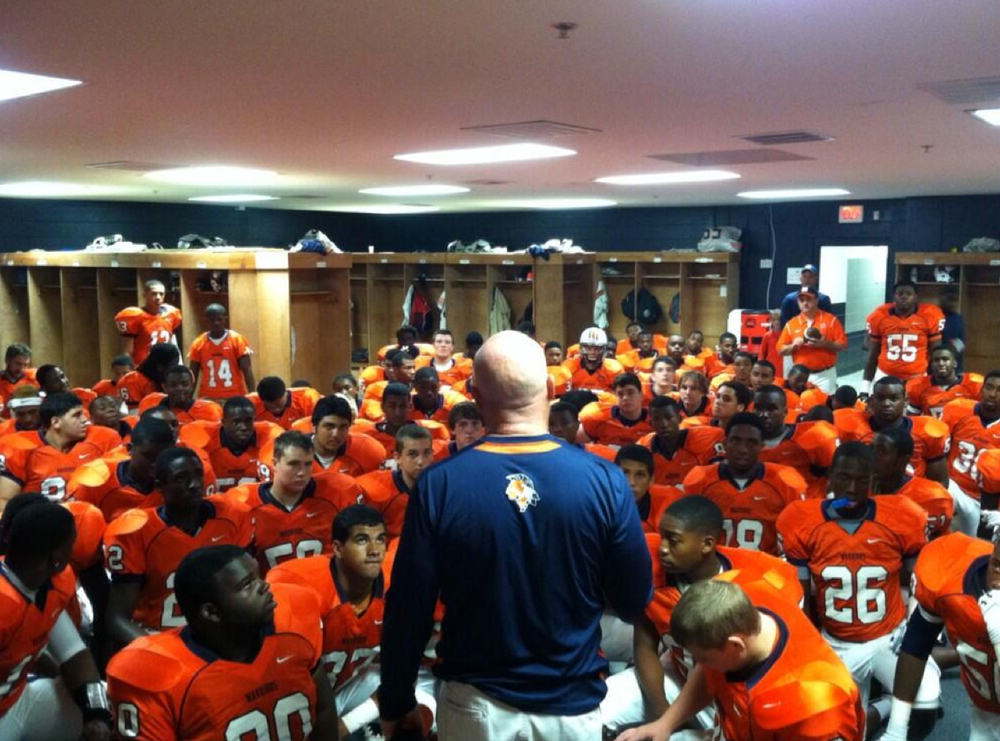 This week’s edition of Football Fridays in Georgia not only matches up two terrific teams in McEachern and North Cobb, but a pair of father and son, coach and player combinations. The McEachern Indians come into this one on a three-game winning streak. Coach Kyle Hockman relies heavily on his son, sophomore quarterback Bailey Hockman, to run the Indians' offense. Likewise, at North Cobb, Head Coach Shane Queen counts on his son to run the Warriors' offense. Quarterback Tyler Queen spends his last year as North Cobb's QB before heading off to Auburn to begin his college playing career. This should be one of the most competitive games of the year on GPB. And wherever you are, whatever you do, DO NOT miss this week's All-Access Pass pregame show. Both coaches will take us through the ropes of the matchup. Jon Nelson updates us on one of the toughest regions in the entire country, South Georgia's Region 1-6A. Colquitt County, Valdosta, and Lee County were all winners last week over region rivals and this football Friday for those guys will be just as big as the last. Jon also will showcase one of the top quarterbacks in the state, Washington County’s A.J. Gray, in our weekly "Backroads and Backfields" segment. Matt Stewart will talk recruiting in his "College Football Hall of Fame Recruiting Roundup." There will be a ton of blue chippers on the North Cobb field Friday night so this will be an intriguing segment. Matt then joines Larry Smith to talk X’s and O’s in our "Extra Point" segment. Claire Simms has a terrific report in her Stop The Drop segment on the organization, Ser Familia, that helps Hispanic students stay in school and earn their high school degrees. Grace Olson will have an up-close and personal story about the two coach/quarterback combos that will highlight this game, the Hockmans and the Queens. And, of course, have the world of social media at her beck and call. Writer Lisa Clark, editor Michael Tew, and graphic artists Jessica Gurell and Chris Ballard have done an outstanding job in putting together an epic Football Fridays in Georgia open which will have a Game of Thrones (Throwns) theme. I'm not giving any hints but someone may actually sit on the Grid Iron Thrown before the night is out... So tune in this Friday night at 7pm. It’s another edition of Football Fridays in Georgia, ONLY on the great GPB!